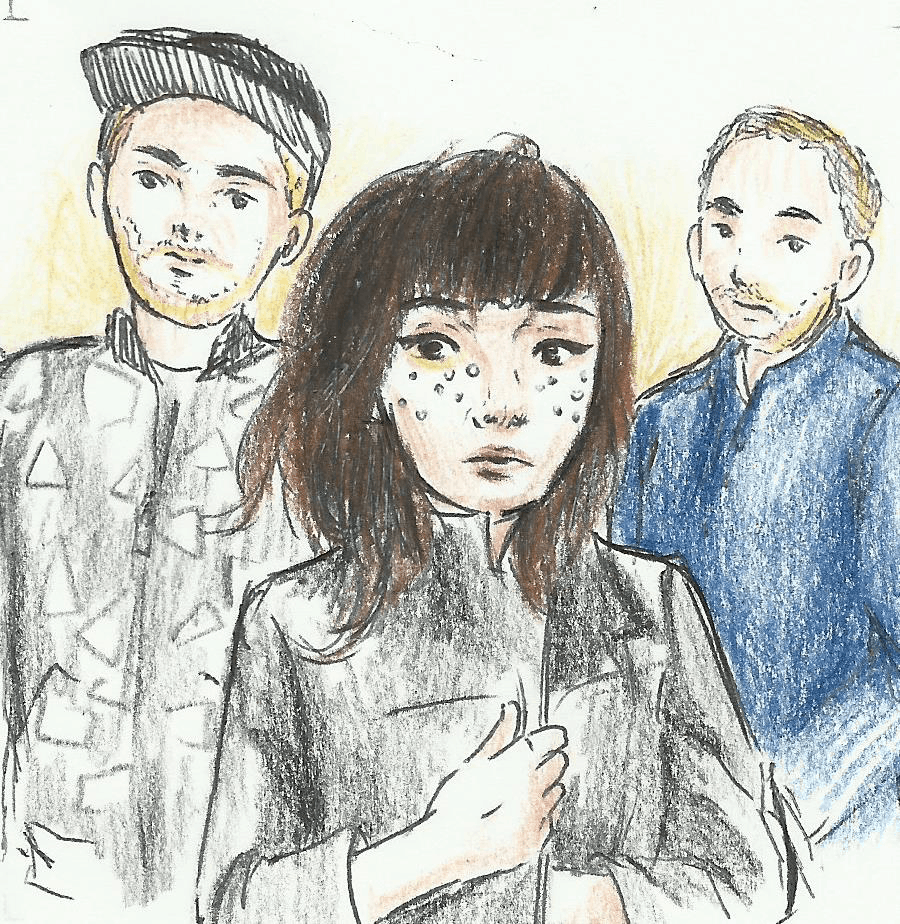 1. “Leave a Trace” by Chvrches
By Karly Nisson (A&E Editor)

Chvrches knows how to craft a break-up song that stings. Relying on indifference just as cruel as it is empowering, singer Mayberry mocks the immature tendencies of an ex too willing to keep scores. Boasting a stunningly simple electronic arrangement layered with vocals delicate enough to lend forgiveness without promising reunion, Chvrches’ severely underrated alt-pop number lands itself at number one.

2. “Stressed Out” by Twenty One Pilots
By Melissa Palafox (Contributing Writer)

Ever stop in the middle of finals week and long for the good ol’ days when life was more stress-free? Duo Twenty One Pilots escapes their harsh reality with nostalgia in their latest single “Stressed Out,” which integrates rap and tech-pop sounds to keep the teenage spirit of not wanting to grow up at an all-time high. Lyrics about making money and dealing with annoying student loans will encourage any listener to jam along to the lyrics.

“Hello” to redemption. Not musically, though, since Adele has remained true herself with organic lyrics and emotionally charged vocals, speaking her mind and letting us into her soul. She looks back at “First Love” (from her debut album “19”) and how she “Found A Boy” (“21”), recognizing she was complicit in her own pain. The past cannot be changed, the scars remain and, at “25,” Adele accepts that with grace rather than scorn.

4. “Know Yourself” by Drake
By Melissa Palafox (Contributing Writer)

“Squad” and “goals” — just some of the overused phrases of 2015. But who can forget the most infamous phrase: “running through the six with my woes?” Drake outdid himself with another catchy, ego-boosting anthem in his hit track “Know Yourself.” He starts with a slow tempo and raps of success, then intrigues the listener by incorporating a sudden transition into an upbeat chorus, making one feel as if they were one of his “woes.”

5. “Can’t Feel my Face” by The Weeknd
By Cedric Hyon (Staff Writer)

Poisonous love, risks and submission — songs about cocaine are great. You didn’t think this innocent-sounding tune was about some girl, did you? Along with this clever double-entendre meaning, The Weeknd delivers a Michael Jackson-like track that just screams pure energy with this record. With an incredibly poppy and upbeat rhythm, this record is a breath of fresh air from the generic-sounding pop songs of today.

With a chorus reminiscent of a demonic cheer squad, “Kill V. Maim” is arguably Grimes’ best and weirdest track to date. It is as much an empowering pop anthem as it is a battle cry, with Grimes’ vocals transitioning smoothly from her usual airy, angelic voice to a vicious growl within seconds. The track is impeccably produced and explodes into an outpour of pointed, aggressive energy that is impossible not to dance to.

“Inheritance” is only one zenith of the mellifluous vision that was Jon Foreman’s “The Wonderlands.” And yet the personal ballad evokes such pathos in its lyrical intimacy and reflects such palpable joy in its craft, making it a fitting representation of the singer-songwriter’s soulful output from 2015.

One day, Kevin Parker decided to ditch his guitar to bring back disco. In just under eight epic minutes, “Let It Happen” hones the art of the long-form dance track: think Bowie’s “Station to Station,” but with an infectious LCD Soundsystem twist. Parker preaches despair on this one, but no matter how deep he lets the malaise sink in, “Let It Happen” demands that you keep grooving.

While it may be unconventional and sparse in lyrics, “10:37” possesses a distinct sonic structure. It hinges on an ever-present somber, military-esque drum beat layered with dreamy vocals and a beautiful guitar line that easily rips straight into your emotions. Much how like the duo can’t quite articulate a meaning for the song, there’s no point in trying to overanalyze it because — similarly to the rest of the album — “it’s a lot easier to just feel it.”

10. “Alright” by Kendrick Lamar
By Jacky To (Staff Writer)

For the oppressors and the hopeless, Kendrick Lamar has composed an anthem of resistance against persecution and cynicism. “Alright” preaches a positive outlook in spite of the prevalence of racism, corruption and the devil Lucy. Hit after hit, slap after slap, K-dot continues to succeed in acknowledging the despotic present while instilling faith in the possibility of a flourishing life.