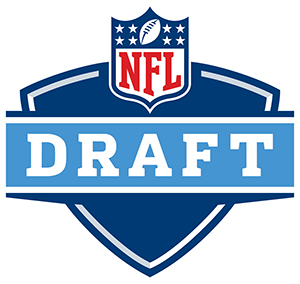 The 2019 NFL Draft took place last week from April 25 to April 27. For the 32 teams participating in the draft, it was an opportunity to enrich their rosters with young and talented prospects. For the players being drafted, it was a culmination of years of work and effort. Here, we will take a deep dive into a few teams whose drafts drew the most hype and look at how the NFL Draft will shape the 2019-2020 season.

Over the past few seasons, the Giants’ storyline has revolved around adding a new quarterback, and this year the team finally went all in. With the sixth overall pick in the draft, the Giants selected Daniel Jones, a senior quarterback who played college football for Duke University. It is not much of a shock that the Giants used one of their first-round picks on a quarterback. Their current signal-caller, Eli Manning, is 38 years old and has been steadily declining since winning his second Super Bowl with Big Blue in 2011.

Manning’s play last season was especially poor, leading the Giants to a 5–11 record and placing them at the bottom of the NFC East. Manning’s defenders argue that New York’s less than stellar offensive line play (it ranked 21st in the league according to Pro Football Focus) was to blame for Manning’s poor season. However, the Giants were loaded with skill-position talent including consensus top-5 wide receiver Odell Beckham Jr., Evan Engram, and 2019 NFL Rookie of the Year Saquon Barkley. Even with his poor offensive line, it is baffling that with all that help around him, Manning was not able to lead his team to more than five wins.

Jones is not a particularly special player; as Bleacher Report’s Mike Tanier puts it, “Daniel Jones is the chicken quesadilla of quarterback prospects … non-threatening, adequately satisfying and unlikely to gross you out, but not exactly the highlight of your evening.” Jones looks like a prototypical quarterback: 6 feet, 5 inches tall, 221 pounds, pocket-passer, and decent arm strength. In 2018, he completed 60.5 percent of his passes and had 22 touchdowns and 9 interceptions for his Blue Devils. His completion percentage is low, especially for the college-level, but it is worth noting that he did not have great surrounding talent at Duke. His tape is not bad, but also not particularly exciting, yet many scouts still considered him a lock for the first round.

There are two ways to look at this selection. On the one hand, the quarterback spot is the most important and impactful position in football. If a team believes they found a franchise quarterback, they should grab him up as soon as possible, like the Browns with Baker Mayfield or the Eagles with Carson Wentz just to name a few recent examples. A young and talented quarterback is the quickest and most surefire way to turn a franchise around. On the other hand, the draft is all about value: not only finding out how you value certain players but also how other teams value players. By drafting Jones sixth overall, the Giants forwent many solid defensive players, like edge rusher Josh Allen or interior defensive lineman Ed Oliver. Given how the draft played out, it is likely that the Giants could have picked up on of those defensive players and still have taken Jones with their second pick in the first round, or the 17th overall pick. Only two other quarterbacks were taken in the first round: Kyler Murray was taken first overall by the Cardinals (a pick that has been projected for more than a month) and Dwayne Haskins at 15th overall by the Washington Redskins (a pick that was seen as a “best player available” pick). Other than these two studs, there was not much interest in first-round quarterbacks, much less Jones in particular.

Thus, Daniel Jones was probably overdrafted by a team that is still holding out hope that Eli Manning can turn back the clock ten years and bring them back to the playoffs. As the heir apparent to the aging and struggling Manning, an unfair amount of pressure will be on Jones’ shoulders from the fans and team management to win fast and turn the franchise around. The decision to  Jones is entirely the fault of the Giants front office and could set the team back a few seasons, which does not bode well for Big Blue in 2019.

Head coach Jon Gruden had a lot to prove in this year’s draft. Despite being the head coach, Gruden is fully in control of the Raiders’ roster. After signing on with the Raiders, his most notable decisions have been trading former first-round pick and defensive-end Khalil Mack to the Chicago Bears for picks and trading another former first-rounder, wide-receiver Amari Cooper, to the Dallas Cowboys for more picks. Trading Mack, the 2018 defensive player of the year, instead of signing him to a long-term deal was a controversial move by Gruden. Not only was Mack one of the best defensive players on the Raiders, but he was also a fan-favorite. How successfully Gruden used those picks in the draft was one of the biggest stories of the Draft.

Most agree that Ferrell at fourth overall was a reach, as most experts project him to go in the 20s. He was incredibly productive in college. A part of Clemson’s very talented defensive line, he recorded 11.5 sacks and 20 tackles for a loss during his senior year. Some question whether his production was a result of his own ability or the influence of his talented teammates. But Ferrell addressed a serious need at edge-rusher for the Raiders, so all in all this seems like a good pick.

Notably, Gruden did not draft a quarterback. There was some speculation that Gruden was interested in Kyler Murray, but for now, the Raiders will keep current starter Derek Carr as their signal-caller for the foreseeable future.

With this draft, the Raiders definitely have a better and more talented team than what they finished with last season. Ferrell will provide some much-needed ability with the pass rush, Jacobs will add an explosive element to the run game, and Abrams will help in run defense and pass coverage at strong safety. Though it is questionable whether or not these draft picks will replicate the production of Mack and Cooper, their addition to the team certainly puts the Raiders in a better position to win next year.

The Broncos were another team that had a successful weekend in Nashville, as this looks to be John Elway’s best draft to date. After trading with the Steelers to gain more draft capital (the 52nd pick this year and a 2020 third rounder), in the first round Denver selected former University of Iowa tight end Noah Fant at 20th overall. Fant’s size, speed, and athleticism make it obvious why he projects to be a future Pro-Bowl player, and he should be a nice new weapon for newly-acquired Joe Flacco and the offense.

On Day 2, the Broncos addressed the trenches but most notably selected University of Missouri quarterback Drew Lock after trading up to select him at 42nd overall. It was no secret that Elway had a sort of crush on Lock ever since the Senior Bowl, but it was a surprise to many that the Broncos were able to get him in the second round. It seems like he’ll sit behind Flacco for at least a season and will need to improve his decision-making and accuracy before he’s given the reigns at quarterback. Kansas State University’s Dalton Risner was a late riser in April and even garnered some late first round discussion, so for Denver to get him in the second round is great value for someone that can plug and play at any position along the offensive line. In the third round, they got another quality pick in Dre’Mont Jones, a defensive tackle from Ohio State University, and he’ll likely play the role of a Ray McDonald or Akeem Hicks in Vic Fango’s defense.

If there’s one thing the Cardinals showed us at the draft, it’s that they’re going all in on Kliff Kingsbury’s air raid offensive. Despite being fired from Texas Tech University just last year, Kingsbury accepted the Cards head coaching gig this offseason. His first moves as the man in charge were drafting Heisman-winning quarterback Kyler Murray along with three wide receivers to fill the needs of his high-flying offensive scheme. Murray was considered the consensus number one pick for quite some time, and general manager Steve Keim made sure to get him some targets to throw at by taking speedy slot receiver Andy Isabella from the University of Massachusetts, Iowa State University’s Hakeem Butler, and California State University, Fresno’s Keesean Johnson, who all ranked in the top 10 in the nation in receiving yards last season. They also added some key pieces on the other side of the ball by drafting the University of Washington’s Byron Murphy in the second round and defensive end Zach Allen out of Boston College in the third round. Although Arizona did not address its offensive line needs early on, Keim and Kingsbury put together a pretty solid draft.

Every year there are players from Day 3, rounds 4 to 7, that are hidden gems and instant impact players for NFL teams. Here are some names to keep an eye on this year.

North Carolina State University wideout Kevin Harmon fell all the way to the seventh round to the Washington Redskins, likely due to speed concerns, but should make an impact at some point in the season no matter who is throwing to him. He’s a big-bodied receiver who excels at making contested catches and jump balls, something Washington has been lacking the past few years.

Chauncey Gardner-Johnson, a safety from the University of Florida, was selected with the third pick of the fourth round by the New Orleans Saints; this seems like a place where he’ll flourish at the nickel safety position. Put him in the mix with Marcus Williams and Marshon Lattimore, and the Saints’ secondary defense could be special. He’s a Swiss Army knife — he can cover, play in the box, tackle, and blitz the quarterback, making the best team in the NFC South even scarier.

D’Andre Walker, an outside linebacker from the University of Georgia, found himself a good home with the Tennessee Titans. With New England Patriot disciple Mike Vabrel in charge of the defense in Tennessee, it’s reasonable that he could be around the 5 to 7 sack range in year one, as he showed potential this past year season amassing 7.5 sacks in just 5 games at the college level.