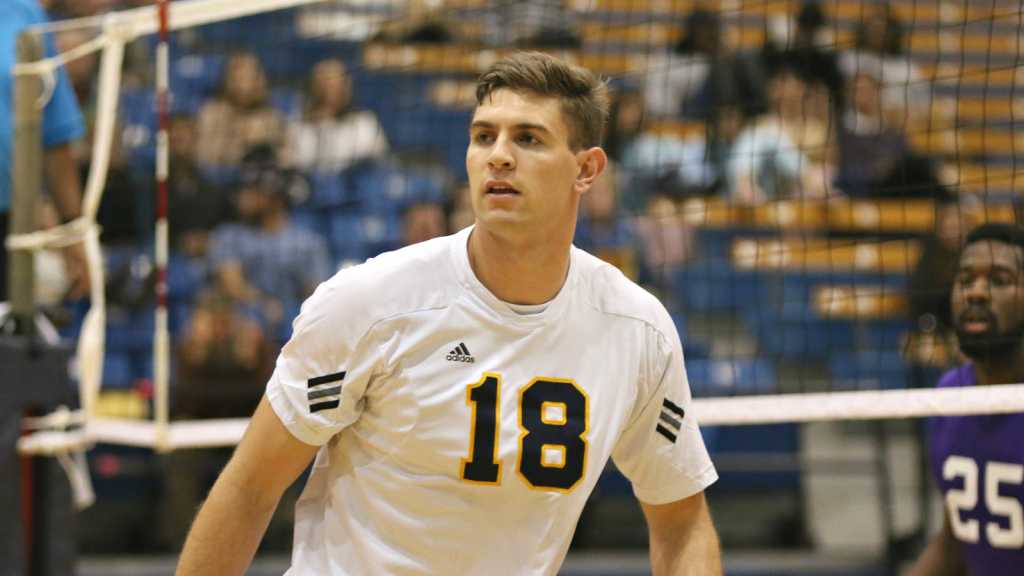 Though the Tritons and Gauchos were neck and neck for half of the first match, several attack errors by the Tritons coupled with a few kills from the Gauchos sufficiently put the Gauchos in the lead. The Tritons were not able to regain whatever momentum they had at the beginning of the match, as the Gauchos handily beat them 25–19.

The second match proved even more dismal than the first. A couple of kills against UCSD, as well as a couple of service errors in the Gauchos’ favor at the beginning of the match seemed to seal the Tritons’ sad fate in this match. Scoring a measly 11 points, the Tritons really had no chance at winning this round.

Scoring 20 points in the third match, this proved to be the Tritons’ strongest of the game. But it was too little too late as the Gauchos sailed ahead again, maximizing on several Triton errors to win 25–20.

“UC Santa Barbara got the better of us tonight in large part because of what we did on our side of the net,” UCSD head coach Kevin Ring told the Athletics Department. “We definitely lost the serve-receive battle. We missed 16 serves and were just not giving ourselves enough chances to score points.”

After the disastrous game against UCSB, Ring commented, “We’re keeping our heads up. The guys are going to continue to work. We talked in the postgame meeting about what we have to do to invoke a change because we all want a different outcome with our performance level on the court.”

Unfortunately for the Tritons, they were not able to invoke a change by the game against UCLA. And if the Tritons thought UCSB was a tough competitor, UCLA would be an entirely different beast, a beast that they sadly had no chance against.

In the first match, the Bruins took an early lead, going 4–0. Luckily, a service error by Bruin player Mitch Stahl gave the Tritons their first point and their smallest deficit in the match. A kill by senior middle blocker Shayne Beamer gave the Tritons another point, but it was not enough to garner momentum to propel the Tritons into the lead. The Bruins won the match 25–15.

Shockingly, UCSD took the lead at one point during the second match, but that one-point lead was short-lived as the Bruins unsurprisingly regained their lead to win 25–13. The third match was a similar sad defeat for the Tritons as they lost 25–17. At least they’re consistent.