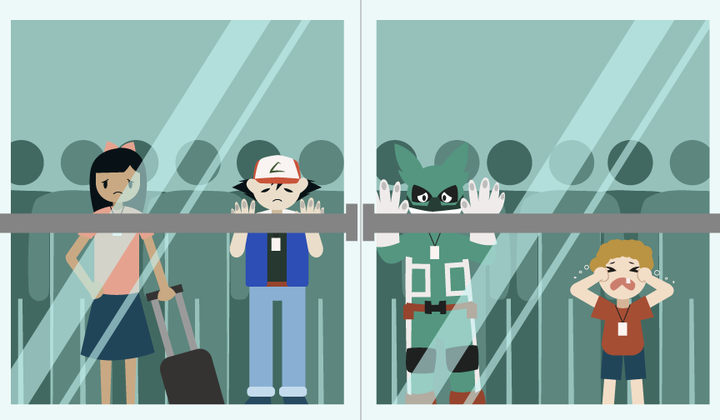 With San Diego Comic-Con 2020 canceled due to COVID-19 concerns, UCSD students who had planned to attend share their thoughts.

For the first time since its inception 51 years ago, San Diego Comic-Con has been canceled. The official statement, released April 7, cited “COVID-19 concerns” that deemed the annual fan convention unsafe.

While many other festivals and concerts have been canceled and postponed, SDCC’s cancellation presents the largest blow to the San Diego region. It is estimated that the event, the largest fan convention in the world, brings in $147 million for the local economy each year.

For students at UC San Diego, the cancellation of the event hits close to home, literally. The UCSD Guardian interviewed 10 students who were planning to go to SDCC 2020.

Almost all were not surprised by the news of its cancellation. After the cancellations of similar events like WonderCon and Anime Expo, the students agreed “it was only a matter of time” before SDCC made its own announcement.

The students shared some of their original plans for the convention. Many had looked forward to attending panels, looking at cosplayers, browsing Artist Alley, and shopping for collectibles. Others had been excited to meet friends, families, and fellow fans.

“Being from San Diego, I always think it’s so cool to be able to have everyone come and enjoy the city, knowing that some of the greatest artists of our time are hanging out downtown,” Thurgood Marshall College junior Melina Renoso said.

Half of the interviewees had planned to cosplay, some for the first time. A few interviewees shared pictures of their cosplays they planned to wear, including “Dude Vader,” Spider-Man, and an AT-AT walker:

“This is the only time I get to hang out with only my brothers. It’s our yearly retreat, and now that won’t happen,” John Muir College junior Emily Lazcano said. “My biggest disappointment is not being able to see my con family. These are people from all over the world that you hang out with only at the con.”

Other students were saddened to miss the chance to see their favorite stars. “This year has a lot of shows in their final seasons or movies that are ending,” Reynoso said. “I was looking forward to watching the panels and seeing the casts say goodbye.”

Three interviewees had planned to volunteer or work at the event, but their positions were unfortunately affected by the cancellation. While it may be a fun, temporary job for some, its loss can be critical in a time when students’ other jobs are already in jeopardy.

“I’m worried about my summer income and how small it probably will be because I won’t have this job and will be basically unable to work my other job as a campus tour guide,” admitted Eleanor Roosevelt College senior Wiley Bowen, who had planned to work for a fourth year at the convention.

Other concerns with the cancellation were raised, primarily regarding its economic impact. Students acknowledged the negative fiscal effects on local businesses and workers, as well as cosplayers, artists, and other creatives dependent on conventions for exposure and sales. Some even pointed out their concerns for Comic-Con itself, worrying that the popular convention will move out of San Diego once its contract with the San Diego Convention Center ends. Others were disappointed about missing out on their last opportunity to attend while still living in San Diego.

Despite these concerns and disappointments, students agreed that the cancellation was necessary.

“It’s a time of community and unity for all geeks, and I’m going to greatly miss it this year,” Lazcano said. “But the safety of everyone outweighs a few days of fun.”

Some students, like Sixth College junior Declan Sullivan, reasoned that the convention could move online, negating the need for an in-person event. “Certain things can be released online to some capacity, so there’s no point in having events that could just worsen the situation we’re already in,” Sullvian said.

Another anonymous student suggested that “a potential upside to all of this is that it’s likely brought more people into online fandom.”

When asked about their hopes and concerns for next year’s Comic-Con, students voiced different opinions. Some were eager to reunite and celebrate with others, hoping for an even bigger and better event. Others were worried that the potential for spreading the virus was still possible and that attendees would remain fearful of one another and “cause fights at the con.”

Regardless, all the students hoped to attend San Diego Comic-Con in 2021, if possible. In the meantime, they will continue working on cosplays, saving money, catching up on comics, and concentrating on other activities.
“We will return to the San Diego Convention Center July 22 – 25, 2021,” the official Comic-Con website reads.

Art by Allyson Llacuna for the UCSD Guardian.