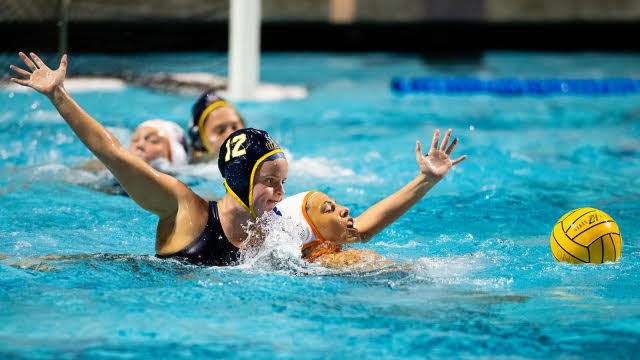 To cap off what has been a tremendous season, the UC San Diego women’s water polo team will travel to Stanford University’s Avery Aquatic Center to face the Wagner University Seahawks for the third straight year in the opening round of the NCAA tournament on May 7. The Tritons began the tournament having won 11 of their last 12 games. They are on their way to a seventh consecutive Western Water Polo Association championship before next season’s move to the Big West Conference, which will mark their entrance into Division I.

The Tritons sat at 7–11 early in March but have been on a tear ever since to finish the season with a stellar 21–14 record. Senior attacker and team captain Krista Schneider explained to the UCSD Guardian that such a pattern is typical. “We’re trying to figure out plays, our different schemes, who’s our starting lineup, and different teams. By the end of the season, we’re flowing a lot better.”

Head coach Brad Kreutzkamp attributed this year’s success to conditioning, saying to the Guardian, “We’re not getting tired in the second half of games like we have in years past.”

The improvements down the stretch culminated in a seventh straight WWPA title, and eighth in ten years under Kreutzkamp.

“We had a lot of adrenaline just because it’s our last time playing in that tournament, so we wanted to go out with a bang,” Schneider said.

Wagner (30–9) had another characteristically strong season, winning their sixth straight Metro Atlantic Athletic Conference title this season while going 14–1 in conference play. The Seahawks have knocked UCSD out of the last two NCAA tournaments and to make matters worse, also entered the tournament on a hot streak. Their last true loss came back on March 30, over a month ago, against a top-25 team in the Princeton Tigers.

The Tritons’ trip to Stanford is a relatively short one, especially compared to the 2,500 miles the Seahawks will fly from New York City, something Coach Kreutzkamp feels should work in the Tritons’ favor. “When you’re on the road, you’re really focused on the job, because what else are you going to do? We eat, we go to the hotel, and we play,” Kreutzkamp said.

The Tritons have been reviewing the film from their 11–8 loss to Wagner that came back on Jan. 20 of this season, but both Schneider and Coach Kreutzkamp stressed that both teams are different than they were 15 weeks prior, and the film might not tell the whole story.

This week’s Collegiate Water Polo Association rankings put UCSD No. 14 and Wagner No. 19 in the nation. The winner of their matchup will take on the top-ranked University of Southern California (26–1).

But that’s looking too far ahead for Kreutzkamp.

“I don’t even think about it,” Kreutskamp said. “If we are privileged enough to play USC at that time, we’ll start dissecting that game.”

This season was the Tritons’ last in the WWPA. “Our squad has just outgrown that conference,” said Kreutzkamp.

But for now, the attention remains forward and on the next game, the biggest of their season. “I remind them constantly that we’re one of only ten teams that are still playing in the whole country,” Kreutskamp said. “Everybody else is finished. They don’t take that lightly, and this game is certainly a bigger game.”