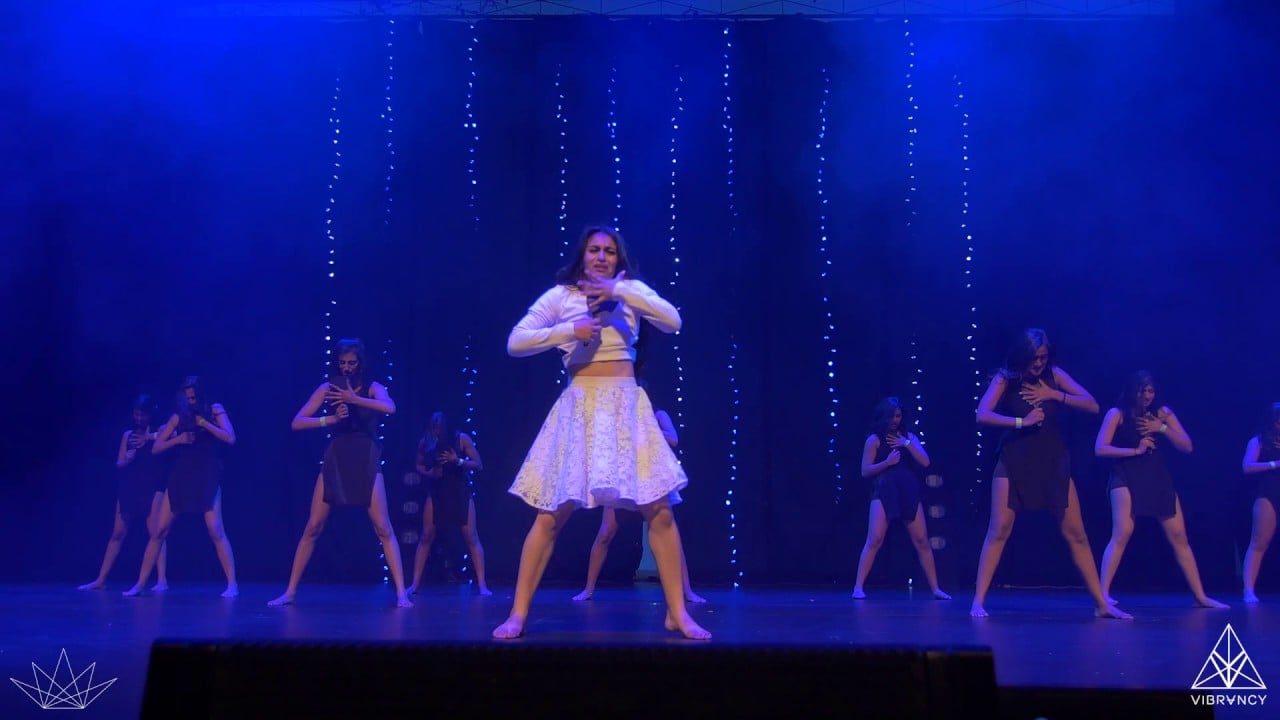 At Jhoomti Shaam 2017, California’s annual premier Hindi film and fusion dance competition, the stage lights up amidst loud cheers from the crowd to reveal a group of stylishly-dressed dancers about to give, literally, an award-winning performance. Catchy music and exhilarating beats start up in the background as the performance starts with perfectly choreographed and delivered moves that not only serve enjoyment, but tell a deeper story.

UC San Diego has always been renowned for its academics. However, its remarkable extracurriculars also deserve praise. One particularly successful area is dance, with UCSD’s competitive Bollywood dance team, Zor (which means “power”), excelling in numerous competitions and even winning Nationals in 2012, earning its place as one of the best in the nation. Formed eight years ago, Zor has competed at Nationals every year since its inception against 60 teams in the nation including UCLA, UC Berkeley, Northwestern, MIT and many more. Zor’s style reflects a twist on the contemporary romantic style of Bollywood with a fusion of modern dance, jazz and hip-hop, even mixing Indian music with English hits.

One of Zor’s five captains, Sixth College sophomore Payal Kela, plays a huge role in Zor’s success. Born with a name that means “anklet,” a premier symbol of Indian dance, and to an encouraging mother who is also a dancer, Kela is well-versed in the art of dancing. She has been trained in the Indian classical dance Odissi as well as jazz and tap. She even taught and danced for a professional Bollywood dance company in the Bay Area, the Mona Khan Company, making her well-suited for being the team’s choreography captain.

“Dancing is my passion,” Kela explained. “I love hip-hop, watching all those videos; I’ve always been visually [inclined]. When I hear a song, I already visualize what it would look like performed on stage. When I choreograph, I literally listen to the song like a hundred times, because you have to listen to the specific beats at the back, lyrics, nuanced things you want to portray, because I have a set vision of what I want to see on stage.”

The other Indian dance teams on campus, Raas Ruckus and Da Real Punjabiz, also compete nationally (specifically for their dance forms), with Raas also competing in Nationals this year. Although the teams don’t usually dance together, they support each other when it comes to funding and big events.

As spectacular as these wins are, they are certainly not easy. Zor practices four hours a day, four times a week during fall quarter and every day for four hours in the spring.

“[Practice] is long, but in the process you become a very tight-knit family, and I think to get to that level, because of Zor’s reputation, there’s also this added pressure; you know you don’t want to break the streak of going to Nationals, so obviously it’s a lot of hard work to get there,” Kela said. “Most of the team has no [previous] experience of dance and working with people to get to the level we need in a short amount of time … It’s stressful, but you also want it to be fun, so keeping that balance of wanting to go to Nationals and at the same time enjoying [it] is important.”

The audition process involves a girls’ and boys’ trial and encourages everyone to come to them at the start of the academic year.

“People get scared to come for auditions, but they should come. There’s nothing to lose; even some of the captains didn’t have previous experience,” Kela said. “I would rather have a person who wants to get better.”

She also dispels the typical rumors about nepotism that come with the choosing process.

“Our goal is to win Nationals,” Kela said. “We cannot jeopardize the team’s efforts [by making decisions] according to our friends.”

The show however, is not just a dance competition as much as an intense production. At the Hindi Fusion Dance, each team’s dance has to be based around a storyline or theme, with eight minutes of dancing and two minutes in the beginning for an introduction video.

“It’s kind of a trailer, the whole thing is like a Broadway show,” Kela said.

The captains create the storyline and Kela choreographs all the songs. The storyline is often based on important themes of social issues.

“I just love that teams can portray social issues through dance,” Kela explained. “This year we’re doing it on depression and how people in society sometimes … don’t think it’s a real illness. Through our theme this year, we wanted the audience to understand our message that there might be someone out there going through this and to take a second to [learn] that this is a real illness, so [it’s important to] be there for them and help them.”

Kela went on to describe how the songs were based on different stages, with the male lead as the person who helps the female lead and says, “I’m here for you.”

This is just one example, with another significant one being Northwestern University’s (who won Nationals the previous year) story of mothers’ heroism.

“They did it on how a lot of mothers from India come to the U.S. without knowing how to speak English and are thrown into society. In India’s typical paternal society, women are put down often and the mom is seen as weak and unimportant for not knowing [things like] English, but the daughter grows up realizing that she’s actually the hero for being so strong in adjusting to such a different environment,” Kela said passionately. “We can all relate because a lot of us came from India, so many of us coped with that change.”

Also in Features:
Professor Scott Klemmer: At the Head of a Growing Field || Dominic Spencer
Becca Miller’s Fight Against Structural Sexism || Harrison Lee
How to Save a Life: One Day with the Border Angels || Oliver Kelton

There is often a mix of cute, funny, sad and serious, with the comic yet romantic Bollywood trope of a guy trying to win the affections of a girl playing hard-to-get. At a time when some people believe that the term “Bollywood” has become overused and synonymous with an aerobics class, Kela explained what the concept means to her.

“Bollywood, to me, is not specific dance steps, but the feeling you get when you watch the dances and songs on screen and you feel like getting up and dancing [along],” Kela said. “ We have cute couple choreography with your partner like the cute scenes in movies — that’s like the fun Bollywood so some people may interpret it as Zumba or aerobics, but I feel like it’s so diverse and we should embrace how versatile it is.”

“I decided to do Zor because I’ve always been really fascinated with great dancers in Bollywood movies,” Macherla said. “I did do some dance performances here and there, and when this opportunity came up, I figured this would be a cool thing to try.”

He also spoke about the consequences of being such a reputed dance team.

“The best part about doing Zor is finding out that your hard work has paid off and your performance was spectacular, whether it be through placing at different competitions or getting compliments from friends and family. [But] the worst part was probably losing a competition because even though you felt like you gave 100 percent, you just weren’t as good as another team.”

The long hours of practice and hard work that scare some people lead to more than just winning competitions.

“Zor has definitely changed me in the sense that I’ve never been so close to so many people except my family,” Kela said, eyes lighting up as she talked about the connections she’s made. “And even the eight years of Zor alumni, they still care so much, so having that network of people who share the same passion and care so much about one thing, it’s just really a warm feeling.”

However, despite how well-oiled the strategy of winning is, it comes with some problems, specifically, funding.

“We’re self-funded, so it’s very hard, because we barely get funded from the school and it costs a lot since we travel a lot,” Kela explained. “We have membership fees and then we do a lot of fundraising, or with GoFundMe, Door of Clubs. Fortunately, this year we applied for A.S. funding and we got about $3,000 so that was good, but it’s still not enough.”

Coming to unified decisions between the team captains also causes issues sometimes, although Kela attributes changing attitudes as good ways to avoid this.

“Like with any team, there’s always conflict and differing opinions of what we should and shouldn’t do, but this year we were very good about being straightforward with each other and open to new ideas, so it worked out.”

At the end of the day, Zor’s team members are all about keeping up their winning streak, having fun and realizing they can get more out of this experience than just a love of dance. In fact, the long hours provide a better balance between academics and extracurriculars as opposed to hindering grades.

“Just being captain has changed and made me more confident,” Kela told the Guardian. “I’ve learned so much from leading something this big, overcoming problems like motivating them and running practice.”

Macherla also reflected on his growth.

“Zor has really helped me push myself when I encounter a difficult task,” Macherla said. “Sometimes, when we first learned choreography, I thought that I could never do those movements on stage. But after consistent hard work, I learned how to successfully perform some of the hardest moves. This has reminded me that with the right work ethic, anything can be accomplished.”

One thought on “Life in a Bollywood Dance Team: The Race to Win”