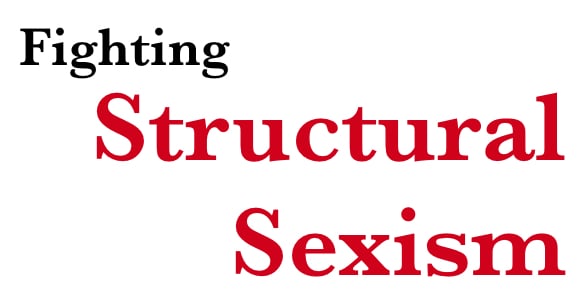 In 1908, throngs of women marched through the streets of New York demanding better pay, working conditions and rights. Their demands were recognized by the Socialist Party of America the following year, which decreed the first National Women’s Day. By 1914, women as far away as Russia were celebrating an International Women’s Day, held on March 8. The  United Nations adopted the holiday in 1975, and the occasion has provided a platform for women across the world to speak out ever since.

This year’s International Women’s Day was an especially poignant occasion in light of recent protests and a polarizing political climate. On March 8, post-doctoral fellow at the UC San Diego School of Medicine, Becca Miller, hosted a “teach-in” at the Health Research Center to discuss current issues regarding women’s health and justice.

Miller saw her start with social justice in 2006, when she joined the Peace Corps and lived in a rural village in South Africa near Kruger National Park. She worked as a community resource volunteer assisting at three different primary schools in the area.

“There was a large HIV prevalence there. Where I lived, one in three people were living with HIV. While I was there I did a lot of testing drives, formed girls’ clubs and worked with HIV prevention programs,” Miller said.

Miller’s experiences in South Africa spurred her desire to help women and promote feminism back in the United States.

“I saw what long-term structural inequality looks like. It’s easier to see these things when they’re not familiar to you,” she observed. “I saw that women’s health problems were a result of structural drivers such as who has access to education, whose lives are valued and where we are sending money. I thought if I could make these structures visual I could contribute my share.”

Though Miller has always identified as a feminist, she recalled, “I think living in South Africa, I became more thoughtful about what feminism means, apart from what it means to a white girl in the suburbs,” said Miller referring to herself.

“I saw that women’s health problems were a result of structural drivers such as who has access to education, whose lives are valued and where we are sending money. I thought if I could make these structures visual I could contribute my share.”

But what exactly does feminism mean? The issue of defining the term has lead to an ever-present cultural conversation. Even among feminists there is disagreement as to the true boundaries of the term. Some believe that feminist women are merely over-entitled, whereas others find it ridiculous that anyone would identify as anything less.

Some previous UCSD Guardian articles have also explored this issue. One 2002 article by former Associate Opinion Editor Jessica Lingel explains why feminism cannot be neglected. Another by Vincent Pham explores his personal reasons for becoming a feminist.

Miller commented on the topic saying, “Feminism means that men and women should have equal social and economic opportunities.But there’s also a recognition that it’s not just individuals, but that we live in a structure that is set up unfairly … Feminism is seeing this structure and realizing we have to work to take it apart.”

Miller believes that, in the current social climate, being a feminist comes with some real responsibilities.

“More than it has in the last 10 years, being a feminist means being an activist. It’s creeping its way toward intersectional feminism. It’s starting to mean solidarity and a little bit of self-reflection, although more would be good.”

The self-reflection she refers to is the ability for both men and women to look inwardly at their own actions and recognize how they might contribute to the patriarchy as a whole. Because Miller understands that sexism is not always overt and purposeful, she understands the importance of self-reflection.

When asked if she can remember any recent experiences where she witnessed sexism, she laughed, recalling an an instance in which she gave a workshop on teaching at the graduate level. An audience member inquired how she should handle questions from students.

“I said you have to be careful, because as a woman there’s a line you walk. Are you being assertive and clear or are you being ‘kind of a b—-.’ And the student who was co-teaching the workshop jumped in to talk over me, explaining that there is a double standard for women!”

She was struck by the irony in his interrupting her to make a point about double standards in gender. She found the whole situation comical, especially because he had no idea that he was exhibiting sexism himself.

Also in Features:
How to Save a Life: One Day with the Border Angels || Oliver Kelton
Saying Goodbye to OASIS Director Patrick Velasquez || Madeline Park
The Professor Who Fought Border Patrol with Poetry || Harrison Lee

Miller views moments like this as examples of the integration of sexism into our everyday lives, regardless of whether our intentions are good or whether we realize it or not.

“It’s important for us to reach out and talk with people who might not have been introduced to this perspective before. Admitting privilege can be a painful process for a lot of people. It’s necessary to reach out,” Miller urged.

Miller modeled her “teach-in” after a common activism strategy that was popularized in the ‘60s in response to the war in Vietnam as well as by AIDS activists in the ‘80s and ‘90s.

“One of the most useful things we could do was have an event to share that expertise and open it up to students and community members to be in conversation about what we can do to move forward,” Miller explained.

Part of continuing the conversation means education. “Some issues we just aren’t all aware about. For example, the Global Gag rule says that the Federal government won’t give money to any international organization that acknowledges the existence of abortion.”

When asked if she ever fears that teach-ins might become somewhat of an echo chamber, she replied, “While we might agree with one another conceptually it’s important that we do the work to be good allies moving forward, which means informing ourselves as best we can.”

The teach-in was held in a conference room, packed with both men and women wearing red as a symbol of solidarity. The room buzzed with conversation, and there was a sense of community and comfortability among the attendees. Although the seats were all taken, more people continued to walk in, filling the floor space as well. Miller stood at the front, introducing a number of speakers who commented on issues such as LGBTQ identity and how to handle violence against women. Director of the Center for Women’s Equality and Health Anita Raj urged the people in the audience to write to their congressional representatives and speak up about inequality.

“I was just in India, and over there they are experiencing a lot of the same issues as we are here. However, in India there is a lot of suppression of speech, which is something we don’t experience here. The opportunity to use our voice now should not be taken for granted,” Raj said.

Everyone in the audience paid close attention to the speakers, nodding and scribbling notes. They seemed to understand the sense of urgency and gravity of the situation.

Miller encouraged the audience to talk among themselves, announcing that “the main goal of today is to make connections and leave with an action plan.”

Thurgood Marshall College sophomore Ashlyn Higareda was one of the UCSD students in attendance. She wore a black T-shirt with the word “Feminist” written across it and explained that she is an active women’s justice activist, attending protests across San Diego. The Guardian spoke with her about what it means to her to be a feminist.

“The essential goal of feminism is equality of the sexes, but an integral role of a feminist is recognizing how sexism affects us in our everyday lives. Saying something or speaking out is the only way anything is going to change,” Higareda said.

Her answer was surprisingly similar to Miller’s and echoed a sort of urgency for action that everyone must take on.

She then began discussing one of the hardest road blocks to social change: altering someone’s opinion.

“I was with my friend at a bar recently. I had this interesting interaction with a female bartender there. We ordered a beer to share and the woman opened the beer and asked if I wanted a glass. I wondered why she wasn’t asking my male friend and she told me that as a ‘lady’ she wouldn’t want to drink out of a bottle because it’s too rugged … like a pirate or something. She said that she would never think to serve a woman a bottle.”

Higareda continued, describing her frustration and feeling of helplessness. “I didn’t know how to react … Dealing with sexism from men is one thing, but coming from a woman I didn’t know what to say … It really upset me.”

There is also the fear of being labeled a “feminazi.” The term has become an epithet for women who hold overly radical beliefs on feminism.

Higareda rolled her eyes at the mention of the phrase.

“I think the term feminazi is just misconstruing the passion and abrasiveness that some feminists use to get their points across,” Higareda explained.

“People have an aversion to abrasiveness … they don’t know how to deal with that kind of critique on themselves … but it is hard to find the balance between trying to inform people and being imposing.”

To Miller, such events demonstrate the need for solidarity, especially among women. Social attitudes will never change unless both men and women recognize the importance and validity of the feminist position.

“It’s concerning that women themselves don’t understand how they contribute to patriarchal ideals,” Higareda concluded.

Upon inquiring whether Miller had any advice for people in Higareda’s situation, she looked toward the ceiling, pondering the issue.

“Sexism is a structure. It’s no one person’s fault. But we need to recognize the structure and continue these conversations if we ever want to dissolve it.”

“That’s a hard situation,” she admitted. “One of the most useful things we can do is not lecture and belittle people. No one ever changed their minds from being told to sit down and being yelled at … The first step to changing someone’s attitude is not talking but listening. You’ll never get to a place where you find common ground if you don’t start by listening.”

Breaking down structural barriers is no simple task. However, Miller holds hope for the future, so long as we all play our part as active bystanders.

“Sexism is a structure. It’s no one person’s fault. But we need to recognize the structure and continue these conversations if we ever want to dissolve it,” Miller said.