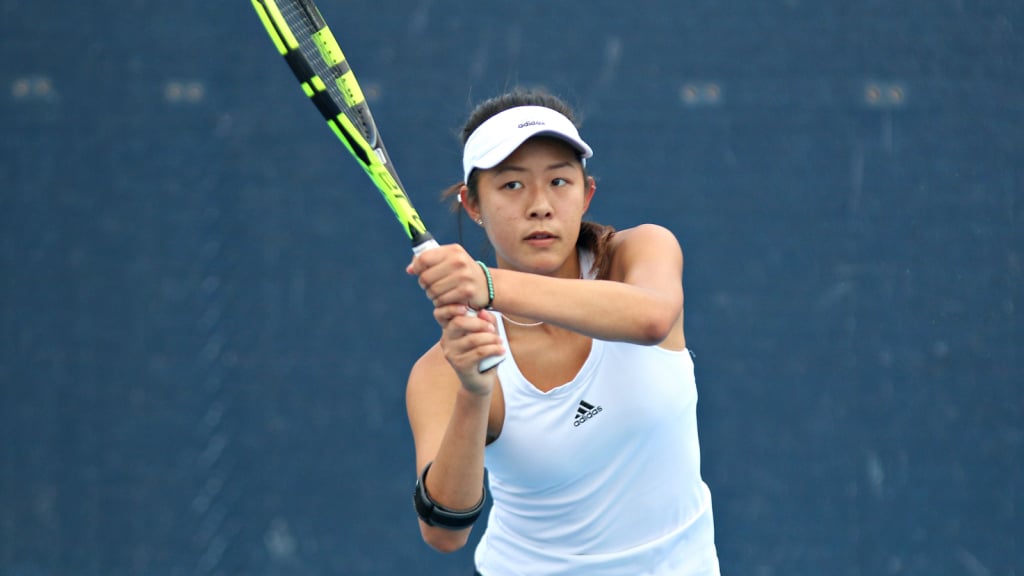 The UC San Diego women’s tennis team faced off against the University of Hawaii-Hilo last Monday and Point Loma Nazarene University the following Thursday. The Tritons swept Hawaii-Hilo (9–0) but fell to Point Loma (6–3) to finish the week with a 15–4 record for the season.

UCSD dominated Hawaii-Hilo, easily securing victories at all three doubles positions. Junior Britta Mosser and senior Shannon Theisen claimed an 8–2 victory at the one spot. Sophomore Ashley Chao and freshman Becky Chou grabbed themselves an 8–0 bagel at the two. At the three spot, the sophomore tandem of Madison Hale and Alexandra Weil were able to secure an 8–2 win over the Vulcans.

The Tritons’ singles results were reflective of the dominance they had over the Vulcans. Out of the 12 singles sets played, the Tritons had seven bagels. The closest games were at the one and two spot (6–2, 6–1 and 6–0, 6–4 respectively).

The Tritons were unable to overcome the Sea Lions on Thursday, falling to Point Loma 6–3. The Sea Lions took two out of the three doubles games — 8–5 at the one and 8–3 at the three. The lone doubles team to win for the Tritons was the Chao-Chou duo, who claimed an 8–3 victory at the two spot.

Mosser defeated junior Nikki Newell (6–3, 7–6) at the one singles spot. The other singles victory for the Tritons was at the six spot, where Triton freshman Valeria Corral defeated Sea Lion freshman Ellie Gamble (4–6, 6–1, 6–4).

The Tritons look to finish off the season strong and will travel north to face Azusa Pacific University on April 12 at 3 p.m.