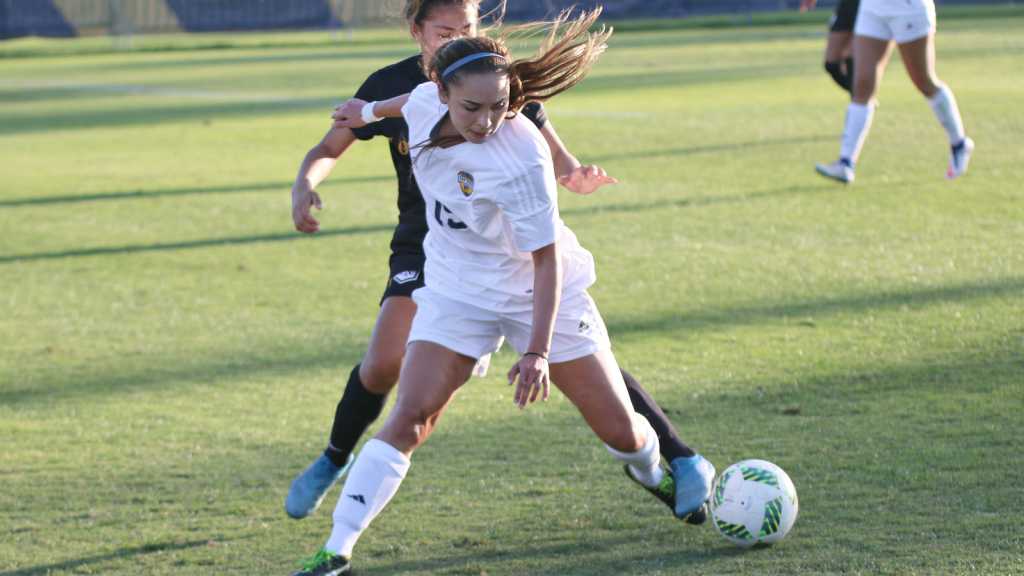 As it turns out, the No. 9 UCSD women’s soccer team knows how to play some pretty darn good defense, and after shutting out their last four opponents, the Tritons weren’t planning on letting anyone take away their thunder. Cal State Los Angeles had the unfortunate task of traveling to La Jolla last Friday to try and upstage the rolling Tritons but found little success. With a 2–0 victory at home, UCSD won its eighth straight game to improve to 11–2 overall and a phenomenal 7–0 in the California Collegiate Athletic Association.

A defense can’t win the game on its own, but it came pretty darn close — for the first 45 scoreless minutes of the match, the Tritons prevented the Golden Eagles from attempting a single shot. A mixture of unbendable defense and consistent pressure on CSULA defense from eleven first-period shots helped give the Tritons control of the match, despite the score remaining 0–0 at halftime.

It wasn’t until the 72:17 minute mark that senior midfielder Kristen Sampietro, off of an assist by sophomore midfielder Summer Bales, sent the ball sailing into the right corner of the net and finally gave the Tritons the lead.

“We played through the midfield and found Summer on the outlet,” Sampietro recalled to the Athletics Department. “She hit a very nice cross, and I just got a toe in there.”

The Tritons could have cruised ahead for the win just fine without another score, but junior forward Katie O’Laughlin did not mind drilling in another one just seven minutes later, scoring for the 11th time this season to knock CSULA out for good. O’Laughlin’s score put the Tritons up 2–0, notching the team’s fifth shutout in as many games.

Even with the relatively close score, the Tritons’ 25–0 shot advantage proved that the team won in a fairly lopsided affair. The Triton defense made senior goalkeeper Itzel Gonzalez’s night easy, helping earn her ninth individual shutout of the season.

CSULA dropped to just 6–4–2 overall and 5–2 in CCAA play after the loss. Next up, UCSD will travel to Stanislaus State for a showdown on Friday, Oct. 21 at 7 p.m.