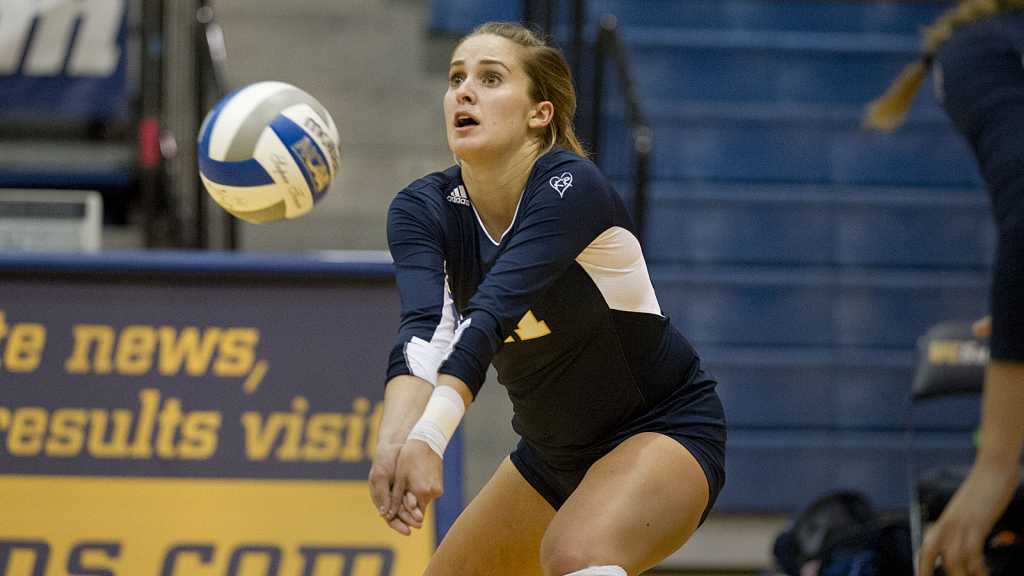 Coming into this week’s matchups the UCSD women’s volleyball team remained undefeated in conference play (5–0) and was in the midst of a five-game win streak. The weekend started off brilliantly as the Tritons extended their win streak to six, defeating San Francisco State University in straight sets, 3–0. However, on Saturday night, Sonoma State arrived at RIMAC Arena motivated to play and put a halt to the perfect start to conference play with a 3–1 victory.

The heavily favored Tritons put the match to the rest with no problem as they left RIMAC Arena victors over SFSU, 25–18, 25–21 and 25–19. Coming into the matchup, SFSU had one sole victory under its belt and none to show for in-conference play, and it came as no surprise to see UCSD come away with a comfortable win.

In dominant fashion, the trio of junior middle blocker Rebecca Seaberry and freshman opposites Simone Froley and Emily Kimball led the way offensively for the Tritons, all accounting for eight kills each and over 10 points.

Halfway through the first set, a deadlock at 12–12 gave rise to a UCSD rally in which the team won eight of the next 10 points in order to take a 20–14 advantage. From that point, the Tritons had no issues closing the set out and taking the early 1–0 lead.

In the second set, UCSD started where it left off as it got off to a 6–0 lead. It looked as if it would be a stroll in the park for the Tritons, but the Gators displayed their fighting spirit and kept it close throughout. Midway through the set, the Gators cut down the lead to one, 15–14, and then in latter stages as well, 22–21. At the end, UCSD grinded the set out with three consecutive points to take a 2–0 lead.

In the final set, for a brief moment, SFSU saw itself with its first lead all night, 2–1. UCSD dialed in and started putting points on the board game after game, eventually going up 19–8. Then with one more twist to the set, the Gators pulled eight of the next 10 points to cut the lead to five, 21–16. But, after a bit of a back and forth in points, UCSD came out victorious in straight sets, 25–19.

Once again, Seaberry led offensively and did so in impressive fashion, totaling 17 points with 16 kills and two block assists. More impressively, she hit .640 including no errors in 25 attack attempts to give her the best single-match hitting percentage of her career.

The 6–0 start to conference play was the longest win streak for the Tritons since 2004 when they went 18–0.

UCSD will look to get back to winning ways in the upcoming week, as it has a three-match week with it all starting at the home of Cal State Los Angeles on Oct. 11. Later in the week, UCSD will then travel to Cal State San Bernardino on Oct. 14 and finally return home on Oct.15 to host Cal Poly Pomona. The Tritons vitally need to bounce back strong from defeat as Cal State Los Angeles and Cal State Santa Barbara are a combined 10–4 (two defeats each) and will provide a tough test, especially on the road. All matches set to start at 7 p.m.