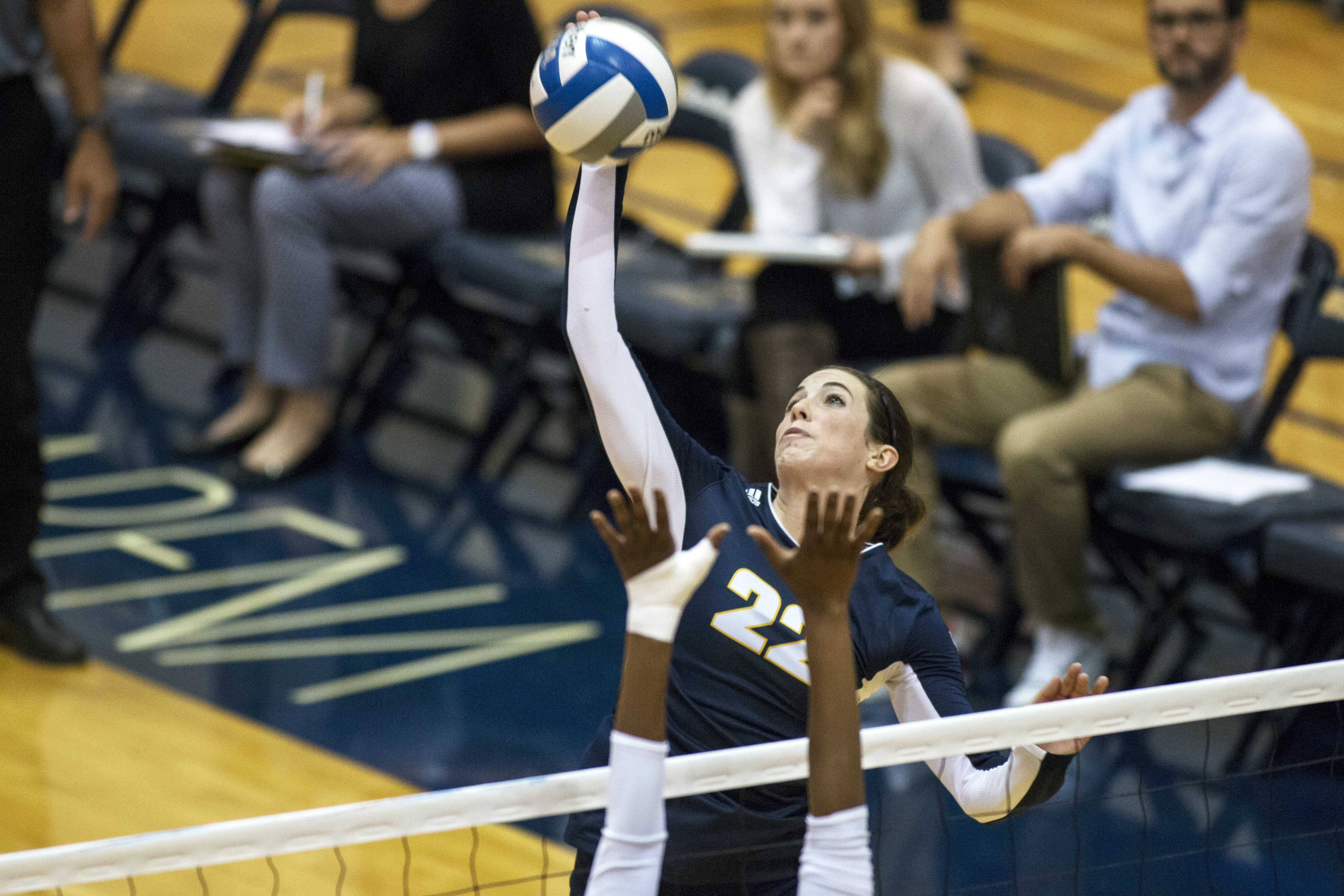 The fourth annual Reis Cup took center court at RIMAC Arena on Saturday, and it was none other than the UCSD women’s volleyball team who took the trophy home with a 3–1 victory over Cal State San Marcos.

Senior outside hitter Meagan Wright dominated the match with a match-high 21 kills and 23.5 total points to earn the Reis Cup MVP trophy. Wright filled up the stat sheet in all ways possible by adding seven digs and five blocks — an all-around individual performance.

The San Marcos women had a solid performance as well although being on the losing end — four total players finishing with double-figure kills. Sophomore setter Lauren Lee led the charge with 13, followed by outside hitters freshman Maddy Newcombe with 12, freshman Madi Anderson with 11, and senior Brooke Butler with 10. Freshman setter Alesse Wheaton had herself a match with the Cougars as she ended the day with an impressive double-double, 41 assists and 21 digs.

In the Reis Cup’s four years of existence, UCSD has now improved to a 3–1 record.  The annual event commemorates the life of former Triton player Karen Reis who passed away in 2012.

After a seven-game long stretch of home games the Tritons will head back on the road and travel to Northern California to take on Cal State East Bay on Sept. 30, followed by a match the next night on Oct. 1 against Cal State Monterey Bay. Matches are set to start at 7 p.m.