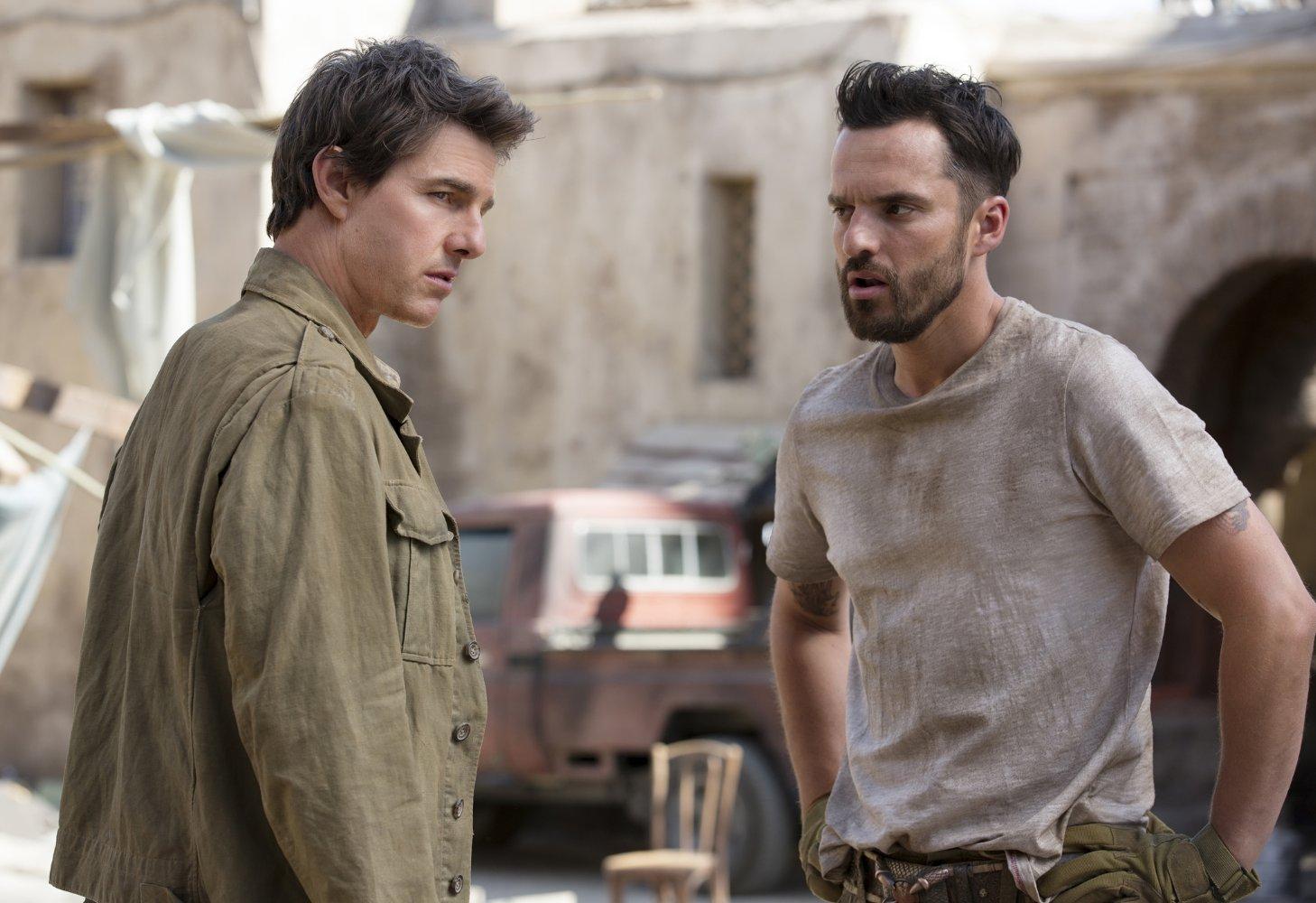 “The Mummy” has a serious identity crisis. Does it want to be a fun, campy romp like the Brendan Frasier-starring series of the 1990s, or a gritty series reboot with elements of horror and suspense? Unfortunately, this film tries to do a little of both and fails quite spectacularly as a result.

The film follows the exploits of Nick Morton (Tom Cruise) — a soldier fighting against ISIS in Iraq — who also moonlights as a thief, stealing antiquities to sell on the black market. A U.S. drone strike against some pesky rocket-propelled grenade-wielding terrorists reveals an ancient Egyptian tomb somehow constructed thousands of miles away from Egypt. Archeologist Jennifer Halsey (Annabelle Wallis) shows up just in time to snatch the sarcophagus from the tomb and toss it into a conveniently close military transport plane.

After the plane crashes conveniently in London, the resurrected Egyptian princess travels around England in search of some magic artifact as she grows in power by sucking the souls out of men to recruit them for her zombie army.

Sofia Boutella’s evil mummy princess is likely the best character of the film as she portrays her with genuine menace and attitude. Unfortunately, most of the surrounding action seems more like Wile E. Coyote vs. the Road Runner than a modern action-adventure flick.

Nick Morton is supposed to be an ISIS-fighting, military recon ultimate badass. However, he mainly seems oblivious to everything going on around him, and apparently struggles with basic firearm use and English vocabulary. Despite being a “treasure hunter,” he has apparently never heard the term ‘hieroglyphics’ before. About 30 percent of the movie seems to be Cruise confusedly staring off into space. Perhaps he’s looking forward to his next giant paycheck from the upcoming “Top Gun” sequel.

Cruise plays almost a parody of his previous film personas, a roguish womanizer who — shocking twist — has a deep underlying heroism. He sleepwalks through this role. Co-lead Annabelle Wallis seems to take a cue from Cruise, as she remains stiff and wooden throughout, even as hordes of the undead chase them around the world. Overall, the chemistry and sexual tension between the two leads feels about as real as a three-dollar bill.

Jake Johnson (Nick from “New Girl”) stars as the requisite comic relief, most likely written-in when the producers realized how bland and unlikable the co-leads turned out to be. He starts the movie as Cruise’s sidekick, and then later becomes his strange imaginary zombie sherpa. His entire role in most of the movie seems to be simply telling the clueless characters where to go next.

The few scenes of genuine suspense, such as the plane crash featured in the trailers, are too few and far between to make up for the general confusion. Despite the film’s massive production budget, most of the scenes feel claustrophobic and stagey. It seems like most of the funding went into producing CGI shadows to cover naked characters’ butt-cracks to maintain a PG-13 rating.

“The Mummy” also tries to fit in an unnecessary secondary plotline involving Russell Crowe as a slightly deranged scientist, who believes that evil is ultimately a virus that can be cured like a disease. This plotline comes out of left field, and then is abandoned immediately when the film moves into its third act.

Like other big-budget movies such as 2016’s “Batman vs. Superman: Dawn of Justice,” minor changes and attention to detail could have lifted “The Mummy” out of bloated Hollywood mediocrity.

One thought on “Film Review: “The Mummy””