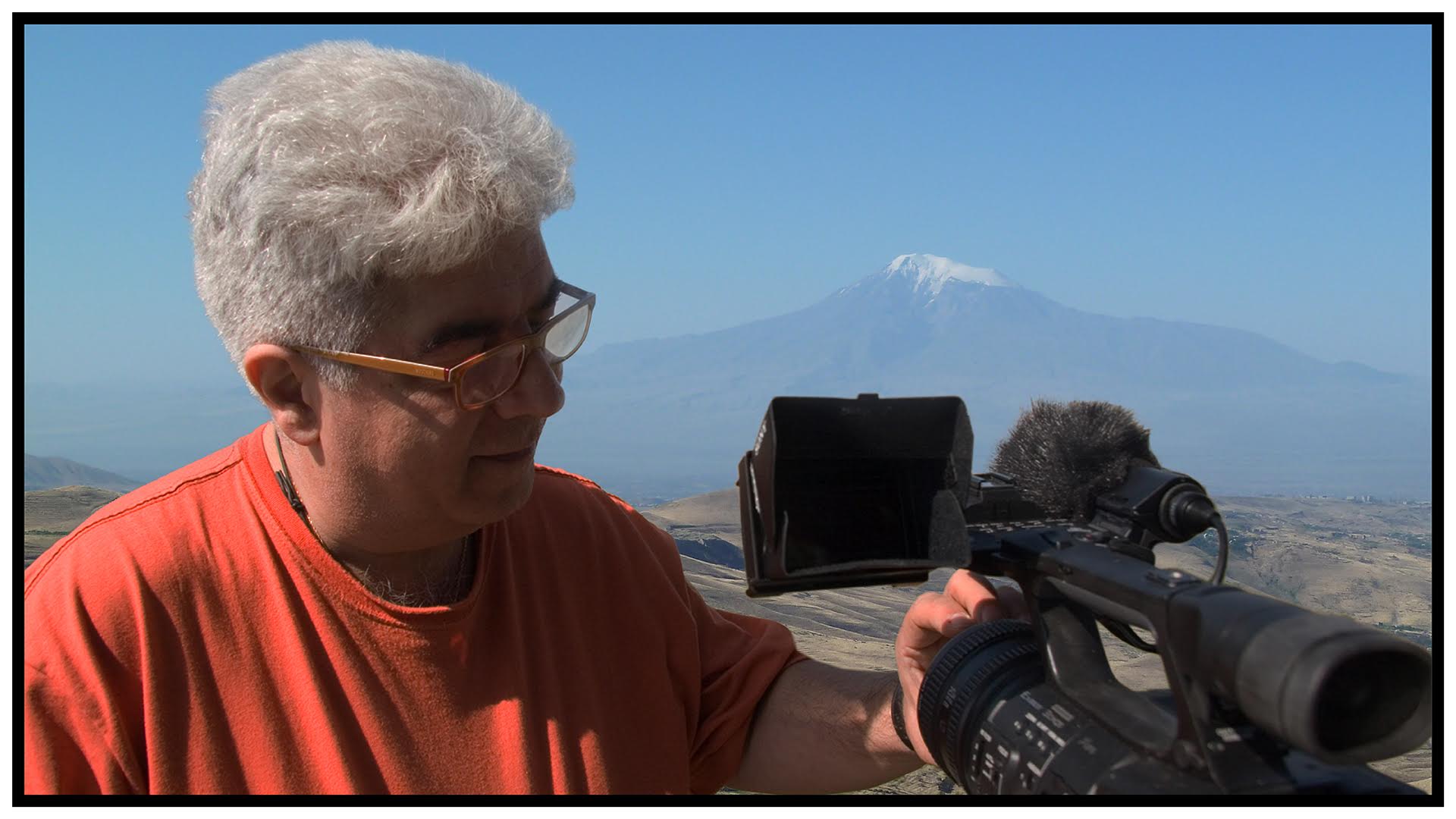 Guardian: Why did you feel compelled to change the course of your career to focus on these independent documentary films?

Hagop Goudsouzian: I think it began with the dissolution of the Soviet Union, the independence of Armenia and also what preceded it, the plight of the Nagorno-Karabakh people seeking independence. I had forgotten my identity, I was in mainstream television producing and directing, and that triggered within me a need to reconnect with my roots and my identity, be who I am.

G: How has your personal identity shaped the style in which you have filmed your works?

HG: I think that my style has been consistent. Even when I was working the television programs, there was always a question of identity, always in those films. I did a lot of programs for public television here in Canada with the French population, and again there was a need for reinforcing cultural identity. And so cultural identity has been a part of my ongoing reflection. And it goes all the way back to the ’80s, I had another project I was working on at the time, initially it was called “Lost Tribes,” it was a question of identity. Identity has been very important for me in an underlying way on an ongoing basis.

G: Your documentary “Uprooted” focuses on the importance of art and music. Do you feel that these aspects are the most unifying and relevant today?

HG: Absolutely. As one person, you might remember, who was a musicologist quotes … a musicologist at the turn of the century who escaped the Armenian genocide said, “the purest reflection of a culture is music and songs.” And I’ve done four films just on that subject, again with the underlying theme of identity. So music is, not just to Armenians, but to any culture in the world, the living memory of their ancestors. At least we hope, of course.

G: How did you come across and select individuals to be in your documentary?

HG: What happened was I was filming many films simultaneously while I was in Armenia, and every time I came across an interesting and eclectic person I would ask them additional questions, I would say, “Well, now that the interview for this subject is over, I’d like to ask you a few questions about this subject,” and they were all happy to do that, so you would, as you see in the film there’s archaeologists, there’s musicologists, there’s all kind of people giving their thoughts on the question of identity, so it’s a collection of people I met through several years of traveling through Armenia and various locations. So it wasn’t planned out to go out and meet a specific person, but it was the sum of the journeys, of my travels.

HG: The message is that we can no longer define identity by historical definitions, I think that identity evolves, changes, and in some cases mutates; it becomes different through the ages. And I think that cultures should adapt their perceptions of themselves with time, yet in the case of the Armenians, who are people who have experienced traumatic experiences in their history, have a hard time separating that traumatic moment from their identity. For example, in the case of the Armenian people, the Armenian genocide, that has [been part of their identity] for the last hundred years, and we can go back 150 years, where there were other massacres, to go back to our very essence and bring that out. And I think what has happened is the genocide has given us a new interpretation of who we are. And I think it’s true of long-lasting traumatic experience of any culture, that the trauma colors the perception of oneself.

G: What is your reaction to the growing interest and awareness of the Armenian genocide recently, with the march in Los Angeles last week and the film “The Promise”?

HG: It’s extremely important, and I think that it is not just the work of one film for the general public to recognize the Armenian genocide, there are two aspects to it: the recognition of the Armenian genocide by government and the other is by the general population to even know about the subject. And I think that in the second instance, the sum total of all the activities that have happened, including a film like “The Promise” serves that purpose for the genocide to become recognized or to become part of the knowledge of the general population. And in particular, the film “The Promise” was the very powerful marketing strategy of all these famous stars, it has brought it to the forefront of the news, every newspaper talked about it being in the arts section, or as a headline in other areas, so it has achieved its purpose, whether the box office sales covers its costs or not, it has served its purpose. I think that was the sponsor’s objectives. It has achieved the objectives: People are talking about it.

I did a film on the Armenian genocide back in 2004, and it was aired many times on KCET … it was called “My Son Shall Be Armenian.” Very successful film, so now other generations are doing these films, and I’m glad they are.

G: Do you have any message or advice for people pursuing directing documentary careers?

HG: I have two answers, and one can be very flippant — don’t go into the film business if you want to maintain your sanity … But it is also the most rewarding career you can choose if you have the stamina for getting all the rejections. Filmmaking, you get more rejections than acknowledgements, so if you can deal with that, go into the film business. But what is key, why I’ve also chosen to do my last 10 films on Armenians, is I think that a subject matter, especially for those who make documentaries, has to come from within, from your inner, from your soul. And if you just try to do just academic, intellectual films it doesn’t wow people, people have to feel what you do. If you make a film, give it all or nothing.