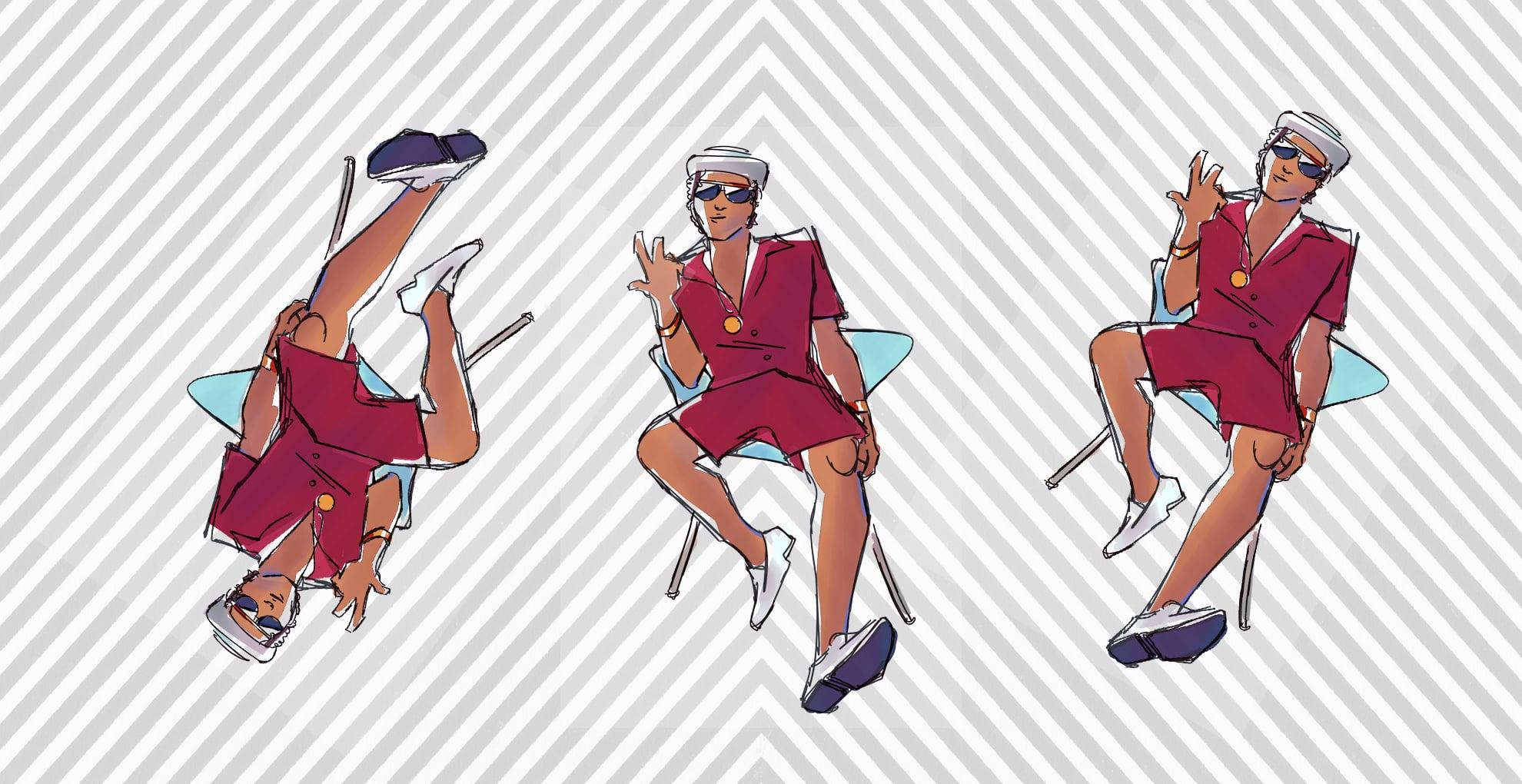 After “Bon Iver, Bon Iver” dropped in 2011, Justin Vernon traded in his rustic-folk guitar for a garage-sale synthesizer — and “22, A Million” is the eclectic, Grammy-snatching result. Vernon contorts his plaintive voice into a half-dozen combinations to produce a singular sound best described as “folktronica” — whatever that is. “22, A Million” is a striking and emotionally vibrant album, deserving every accolade it has garnered, being a curious melange of hard-hitting drums and brass that excites even as it disturbs.

“The Altar” is what emotion sounds like. Jillian Banks released her sophomore album this past year, a collection of inventive songs and sweeping emotion. Unfortunately, it was also one of the most underrated albums of the year, receiving little critical or popular attention despite BANKS’ large following and multiple festival appearances. “The Altar’s” sound can be divided into two of BANKS’ strongest features: songs that are catchy and pop-influenced, and slower ballads that strip down the instrumentals to reveal the true ability of BANKS’ unique and endearing voice. The album consists of songs that have deeply personal messages, ranging from struggling with self-identity (“F*** with Myself”), being a woman in today’s society (“Weaker Girl”) and relationships (“This Is Not About Us”). Charismatic both in interviews and as a voice on the album, one can’t help but empathize with BANKS’ vulnerable cries for understanding and universal struggles.

Telling a story of death and rebirth, the record-breaking single “Starboy” explores The Weeknd’s common themes of luxury, drugs and sex. He boasts how his “side bitch out of your league too, ah” over a retro pattern of popping drums and snares. The Weeknd continues to create edgy, poppy R&B by pairing his incredible, light voice with the sounds of Daft Punk. In the chorus of “Starboy,” The Weeknd confronts himself and the audience by saying “Look what you’ve done,” both blaming and praising himself and his audience for catapulting him to stardom. The Weeknd is either blissfully accepting or longingly regretting his new wealth and explosive celebrity status at his young age. While the intent of his message remains ambiguous, it is nevertheless undeniable that Abel Tesfaye, aka The Weeknd, is a starboy.

The debut album of singer-producer duo, dvsn, represents somewhat of a renaissance for the R&B genre in that it revives the classics so as to adapt them to the present day. For every note of familiarity put forth, one of novelty follows. The album also relies on one of the topical foundations of rhythm and blues: sex. However, as hyper-explicit as the project is, don’t mistake dvsn’s sensuality for promiscuity. As expressed in the album’s title track — “I could make it better off / If I could have sex with you” — sex, for dvsn, is not just an act of physical placation. It’s a pleasure-ridden path toward emotional growth and conciliation. Whereas artists like The Weeknd and Frank Ocean are challenging the very foundations of the genre, dvsn is instead using them to modernize it, utilizing the sounds, hooks and vibes of the genre’s heyday to create music that still manages to look forward.

The king of funk and soul is back again with a striking gem, “24K Magic.” A party soundtrack that wouldn’t seem out of place in the ‘80s, “24K Magic” captures the essence of a smooth, funky affair with appealing upbeat lyrics Bruno Mars never fails to fulfill. You can hear the influences of Prince mixed with Macklemore’s “Downtown” in the title track. The album’s pinnacle, “Chunky,” is everything a party anthem acquires, filled with head-bopping bass that makes it perfect to dance to. Of course, Mars isn’t one to forget R&B and Soul when he croons his soft notes in the ever so sensual “Versace on the Floor.” “Finesse” can give Bell Biv DeVoe fans nostalgia, while “Too Good to Say Goodbye” closes the album in his signature, sensual tempo filled with smooth piano and accentuating synths. His pleasing and soulful vocals should be enough to search this album up on Spotify.

“Friends” – Francis and the Lights

Those exhausted by gloomy, self-loathing breakup songs or petty, ex-shaming revenge tracks can find salvage in the bittersweet optimism of “Friends.” Throughout the track, Francis Starlite oscillates between minimalism, quietly expressing his grief over a past relationship, and auditory embellishment, exclaiming hope that their kinship can remain. Featuring a regretful-turned-premonitory opening verse from Bon Iver, as well as soft backup vocals from Kanye West, who justifiably named it his favorite song of the year, “Friends” is a soulful collaboration for the heartbroken yearning to move on.

Maggie Rogers’ folk song “Alaska,” though beautiful and well-written, is most well-known for the inspiring story behind its release. Drawing from her hiking trip to Alaska and the natural landscape she witnessed, Rogers composed an airy, catchy piece that demonstrates both her talents as a producer and vocalist. It was written for Pharrell Williams’ Masterclass at New York University, and upon listening to it, Williams had zero notes, with the video of him being awed by the song quickly having gone viral. Now accompanying “Alaska” is an impressive music video made by a female director and an all-female crew.

Refusing to retread the past, Kanye West seeks nothing short of stylistic growth in his work. That typically means avoiding the sample-driven beats of his earlier albums, but this brief reprieve shows that he can still do it with ease. And with a casual assist on vocals from Outkast’s Andre 3000, there’s a subtle regality lent to the track. Equally funny as it is touching by way of trademark lines like “Skrrt skrrt skrrt like a private school for women,” West balances romance with Angelano hedonism.

The Lumineers’ underrated track “Angela,” from their second studio album “Cleopatra,” is so delicate and emotional that it makes you wonder exactly who this Angela is. It bursts with lyrics of distant love and being on the run: “Oh, Angela, it’s a long time coming.” Lead singer Wesley Schultz passionately sings as you can hear the longing in his voice for his sweet Angela. But there’s still the same ol’ contagious hand claps that marked The Lumineers a folk fan-favorite.

“All We Got” – Chance the Rapper

Perplexing on first listen, unlistenable on the next and arousing on the last, “All We Got” exhibits, at full force and full volume, the resounding passion these artists have for their craft. Underlaid with shy trumpets and overlaid with intrusive percussion, heavy synth, moaning vocals and some form of oversized-choir autotune, Chance refuses to leave any of his tools in the bag, even for the sake of auditory pleasure. That these ingredients at times clash, each fighting to conquer the other, reflects his unwillingness to compromise his ideals, religion or music, leaving the song less about perfection than mere creation.