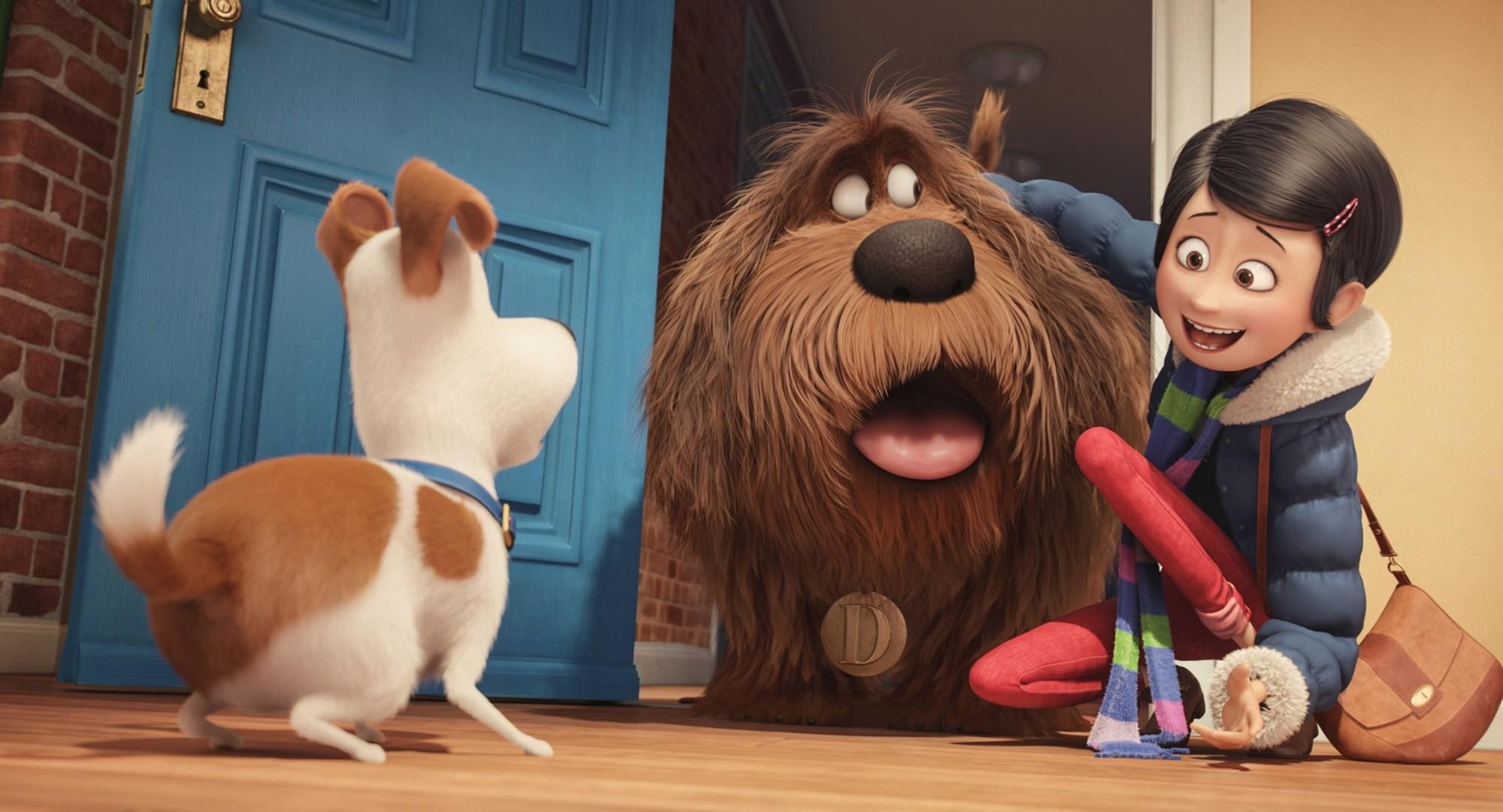 The film centers around Max (Louis C.K), a small dog with a loving owner in New York City on the day he is introduced to his large newly adopted mutt of a brother, Duke (Eric Stonestreet). Duke and Max’s near-instantaneous rivalry lands them far away from their Manhattan home, across the bridge in Brooklyn, which is too far for either dog to know his way home. Following them on their escape is Snowball (Kevin Hart), his vicious gang of Flushed Pets and animal control. Max and Duke’s only hope of getting home comes in the form of Gidget (Jenny Slate), a high-pitched, soap opera-watching Pomeranian in love with Max.

The Flushed Pets, primarily consisting of reptiles and other exotic pets and their adorable fluffy bunny leader, Snowball, provide an interesting counter point. Snowball and the Flushed Pets, having all been abandoned by their prior owners because of disinterest, created their own gang to overthrow and kill the human race. However, that seems more like an interesting remnant of a prior draft than the backstory that it became. Snowball’s crazy eyes and quixotic plans, along with Kevin Hart’s high energy staccato speech creates a villain who is almost too crazy to be real, but whose strong belief in his convictions makes him threatening.

The film fails to fulfill both the ‘secret life’ and ‘pets’ aspects of the title. For a film that claims to be about pets, the protagonists in the film are predominantly dogs, while the antagonists are largely other animals. Dogs also hold the majority of the speaking roles: Non-dogs talk primarily to dogs, and all the side characters talk only about dogs. Not to mention there are only two speaking female characters, who spend most of their lines talking about the dogs. Bech-dog test failed.

The use of multiple external conflicts helps propel the movie forward, but at times overwhelms the scenes through the sheer number of contrived obstacles. Almost every action scene in the film features some combination of Snowball and his vicious gang of Flushed Pets, animal control and 3-D slapstick effects. While amusing, the timing, coincidence and obstacles provide is cut-and-paste from most children’s movies, especially those concerned with 3-D animation. Children’s movies do not have to tailor the humor exclusively to the lowest common denominator. Though the characters are adorable, the film’s own marketing has overhyped itself and leans too heavily on the cute factor, making it bound to be forgotten by the release of the next piece of fluff.