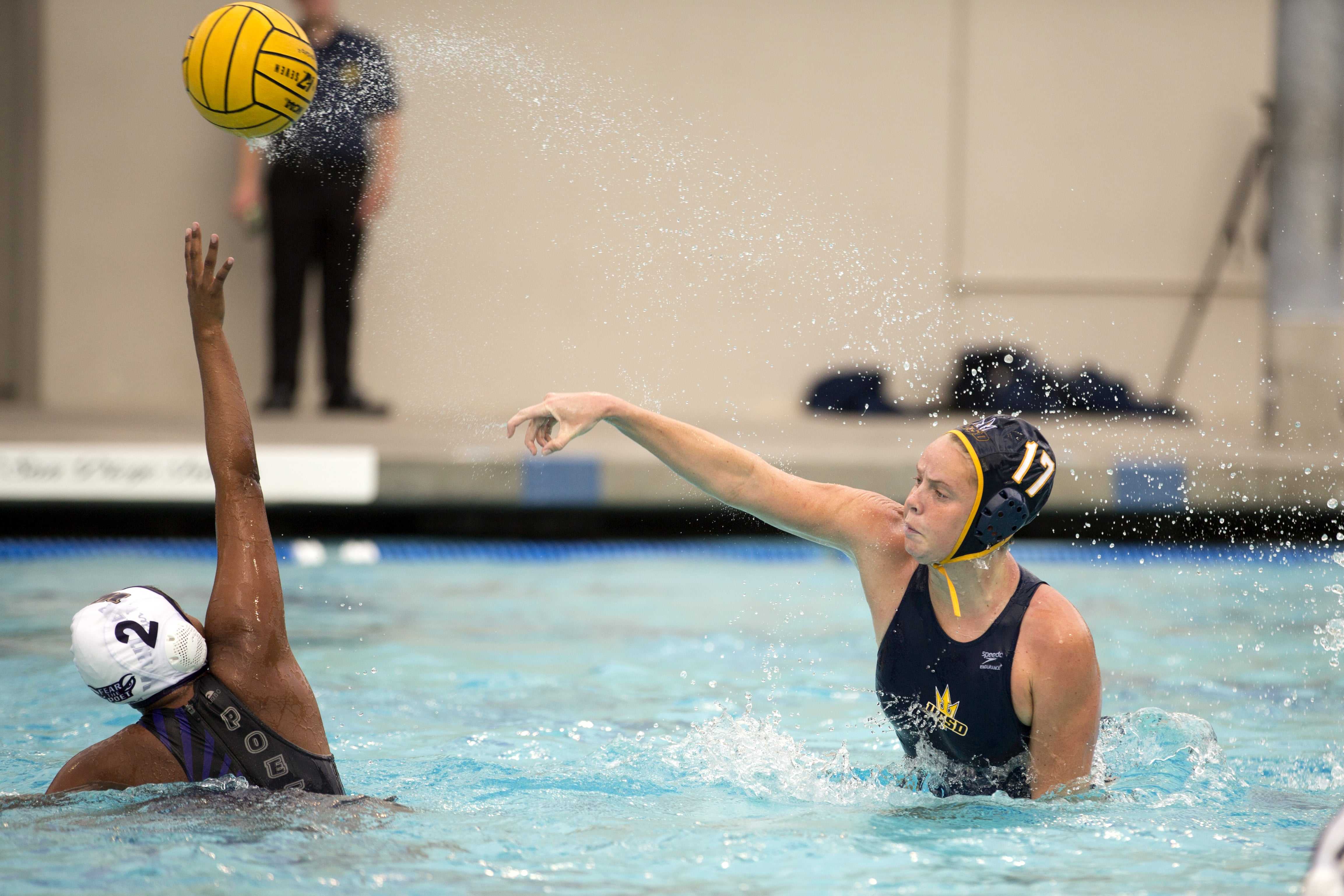 The UCSD women’s water polo team defeated Whittier College 11–7 in one of the two NCAA Championship play-in games on Tuesday, May 10 at the Canyonview Aquatic Center.

The Tritons improved to 27–9 as they picked up their eighth straight win against Whittier. UCSD will move on to play No. 2 UCLA at UCLA’s Spieker Aquatic Center on May 13, for their first matchup of the NCAA Championship. San Diego State will also move on to the NCAA Championship as it defeated Wagner College 7–4 at Canyonview Aquatic Center. The Aztecs will play top-ranked USC for their first game.

The Tritons set the tempo early as junior center Lauren Boyer and senior attacker Julia Kirkland recorded the first two goals of the match. Kirkland went on to score again in the first quarter for the Tritons but not before Whittier got one by senior goalkeeper Courtney Miller.

Senior attacker Lauren Kistler scored twice during the second quarter while junior two-meter defender Lani Tittle also found the back of the net once. Whittier scored twice within the quarter, making the score 6–3 in the Tritons’ favor as they headed into halftime.

The fourth quarter was a little nerve-racking for the Tritons as they allowed four goals, but luckily scored three goals of their own to clinch the win with a final score of 11–7.

Miller had 12 saves on the day while Kistler and Kirkland recorded hat tricks on the night.