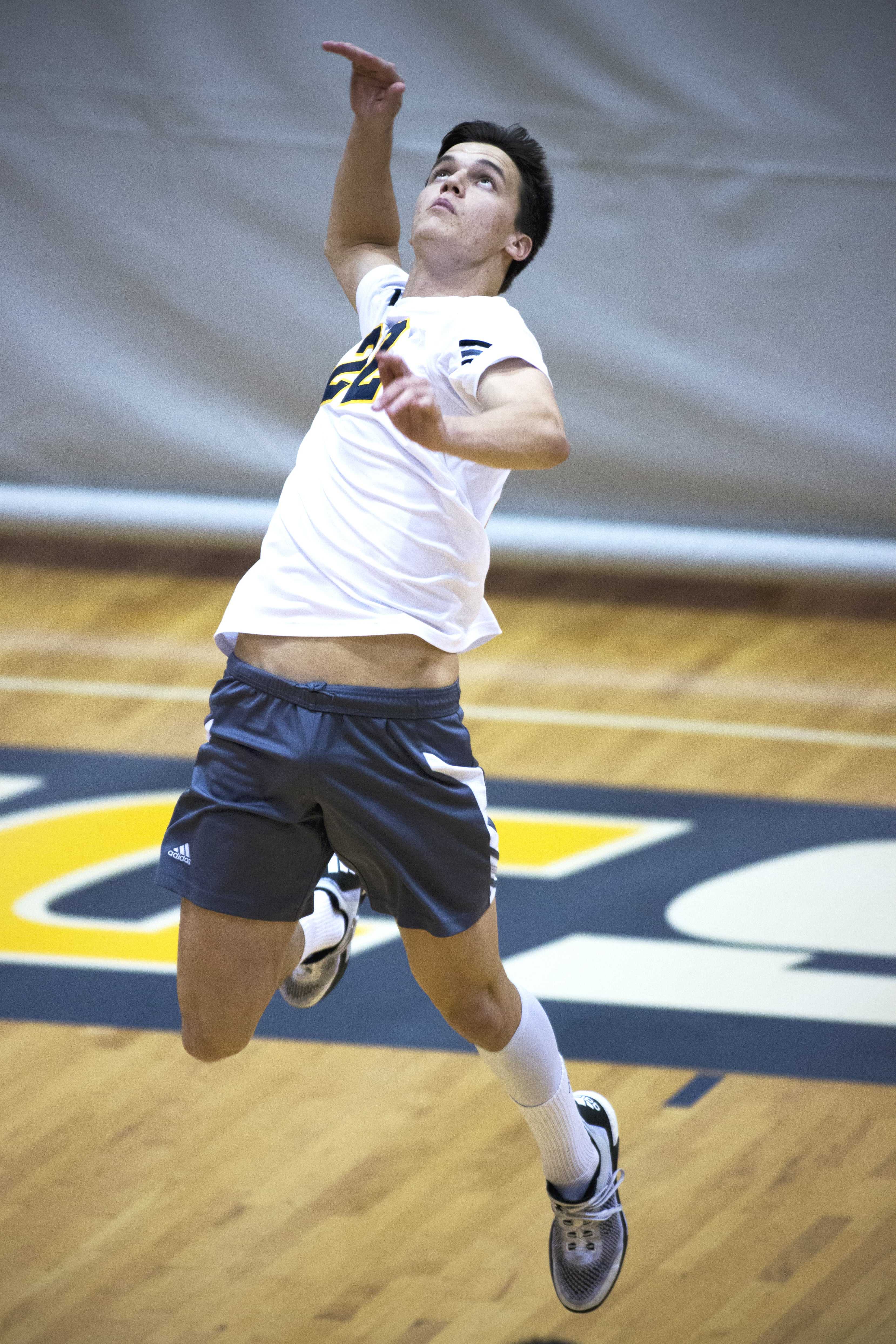 The UCSD volleyball team competed in three matches this past week and went 0–3, once against 10th-ranked Pepperdine University and a home-and-home series against 14th-ranked UC Irvine. Both provided opportunities for the Tritons to earn an upset, but they unfortunately fell short on a couple occasions. UCSD is now 4–17 overall.

Last Wednesday night, UCSD came ever so close to pulling up an upset against 10th-ranked Pepperdine University, but after taking a two-set advantage, the tide turned and the match went to five sets. The Tritons were defeated in the Mountain Pacific Sports Federation volleyball match with the scores going 21–25, 21–25, 25–16, 25–22 and 15–12.

The start for the Tritons was promising as they took the first two sets and looked to be on their way to earning their first MPSF victory of the season, but unfortunately, it was not to be.

The first set was back and forth, and neither team took full control of the match. After an early 2–1 Pepperdine lead, redshirt sophomore middle blocker Bryan Zhu helped the Tritons settle the score at 9–9 with an ace and, moments later, an assist would give UCSD a 13–12 lead. Zhu provided an offensive spark throughout and maintained the lead, 15–13, after two consecutive kills. Nearing the end of the set, Pepperdine looked to regain the lead as UCSD held the advantage 22–21, but a fundamental service error, followed by kills from redshirt sophomore outside hitter Calvin Manchenko and redshirt freshman opposite Luke McDonald, finished the game off.

This time around in the second set, UCSD took an early lead 3–0 behind two aces by junior outside hitter Ian Colbert and a kill from the part of sophomore middle blocker and outside hitter Alec Flowers. As the game developed, the Tritons continually maintained a relatively safe lead, while Pepperdine constantly inched its way closer but ultimately could not fully do so. Then, with the Tritons leading 23–20, Colbert got the kill and sophomore opposite and setter Tanner Syftestad finished the set off.

After falling behind by two sets, Pepperdine climbed back into the match as it outplayed UCSD in the third and led 16–10 with half the set gone. The Tritons had no answers and would have to wait another set to attempt the upset after Pepperdine used a 4–0 run to end the game in third.

UCSD responded quite brilliantly in the fourth set as it took it straight to Pepperdine and held advantages for the majority of time. At midway, the Tritons led 14–9 and continued that into the latter stages of the set, with a 21–19 lead. With only a mere four-point margin between the Tritons and an upset victory, Pepperdine denied the opportunity and miraculously earned six of the last seven games to send it to a last and deciding fifth set.

The final set was a tight one, as Pepperdine emerged victorious after leading for the majority of time. The Waves led 8–6 and then continued to do so at 12–9 which, moments later, led junior middle blocker Mitchell Penning to finish the match with one last kill.

Colbert had 19 kills on the night to match his collegiate high, and Zhu had a career-best 11 kills, reaching the double-digit mark for the first time. Syftestad also joined in having a career night with 18 kills.

Match One vs UC Irvine

The first set provided highly competitive games as there were 11 tie scores and three lead changes. Following a 2–0 lead from the Tritons, the set would be all square at nine apiece. UCSD regained the lead at 15–12 and moments after, Syftestad and Zhu combined for a block. But once again, the Anteaters fought back and shared the lead at 15. The set was to be won by the opponent who did not concede errors in crucial moments and, sure enough, at 24 apiece, a service error by UCSD followed by an ace gave UC Irvine the set.

UCSD’s confidence faltered for the final two sets, and it consequently found itself incapable of competing at the same level that it did to start the match. UC Irvine fully controlled the second and third set and took advantage of the opportunity, as they used 5–0 and 7–0 runs to put both sets out of reach.

Syftestad once more provided double-figures kills while freshman setter Ryan Blaich tallied up 23 assists on the night to go along with a pair of block assists.

“I was pleased with the start we got off to,” UCSD Head Coach Kevin Ring told the UCSD Athletics Department. “Irvine made a late run, and unfortunately, we lost by two. After that, Irvine was able to pick up its game, and our game kind of dropped off. We just never quite found the same rhythm we had in that first set.”

On Saturday, UCSD hosted the 14th-ranked UC Irvine volleyball team and looked to rewrite the script from the night prior. Indeed it did, to a certain extent — after falling behind by two sets and having a 17–11 deficit in the third set, the Tritons fought back and went on to force a fifth set and almost completed an impressive comeback. The MPSF match ended with the scores 25–18, 25–17, 31–33, 21–25 and 15–13.

Looking low of confidence, the Tritons found themselves down 17–11 in the third set, but seemingly after a timeout was called, the team came out with renewed energy and earned the following five points to cut down the lead to one. Near the end of the set, UCSD ultimately took a 24–22 advantage thanks to a UC Irvine error and Zhu ace. Miraculously, though, the Anteaters saved a total of six set points to keep the set alive and even had a chance to put the match away with a set point of their own at 29–28. The set point was not taken with precision, and the match was at 29–29 draw. UCSD blew two more opportunities to put the set away but eventually did finish off the set with a Colbert kill and a Syftestad ace.

Evidently, the momentum carried into the fourth set as UCSD looked comfortable taking a 16–9 lead midway through the set. UC Irvine did not fall away, however, as it answered back with eight of the next nine points to tie it up at 17–17. The Tritons did make up for the blown lead by earning four of the next five points to continue the comeback and fight it out in the fifth and final set.

UC Irvine came out strong, immediately taking a 5–1 lead and then preserving it with a 10–7 advantage, prompting a UCSD timeout. A kill apiece from Colbert and senior outside hitter Kirill Rudenko kept the Tritons within striking distance, 11–10 and 13–12. After a kill from the Anteaters and the score at 14–12, two match points were seemingly one too many for the Tritons to save. Following a Rudenko and Zhu combined block to save the first match point, the second was put away to end the match.

Colbert contributed with his fourth double-double, 10 kills and 10 digs. Meanwhile, Blaich had his first collegiate double-double with a solid 49-assist and 10-dig performance. Also providing a solid contribution was Rudenko, who, now off the bench, had 12 kills, three blocks, and three digs.

UCSD will face Concordia in a non-conference match, looking to end on a strong note to end on as the season reaches its latter stages. The match is on Thursday night, March 10 at 7 p.m.