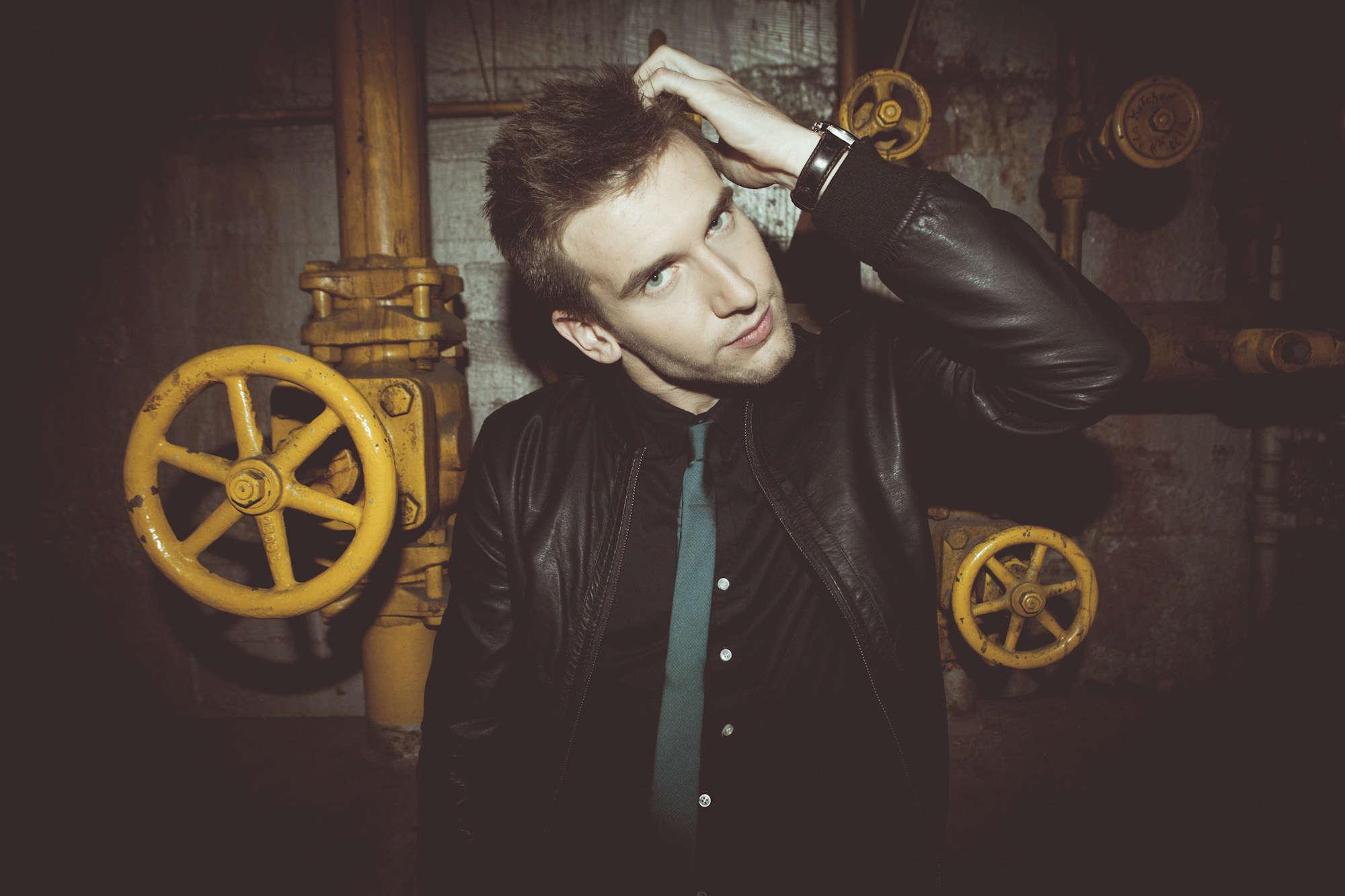 Max Frost brought vivacity and sincerity to the House of Blues’ Voodoo room with cheerful indie-pop and a dynamic stage presence.

It is Thursday night, and a crowd of handsome, bearded 20-somethings with their trendy dates are milling around the Voodoo Room at the House of Blues. Max Frost and the Los Angeles alt-rock man-band Grizfolk are performing. Max Frost is the perfect opening act for any band because he’s so energetic. Frost’s high energy is infectious in the way that all indie pop tries to be. While what he performs couldn’t quite be characterized as dance music, it is the kind of perky quasi-dance music that is conducive to perky quasi-dancing. It lies comfortably between the genres of dance and easy listening; it’s accessible and vibrant indie pop that holds up under careful inspection.

Frost’s bouncy sound works best when he is more upbeat, like in his most popular song, “White Lies.” Other highlights from the show include “Paranoia” and “Withdraw.” All three are quite fast and undeniable concert favorites. Some of the slower tracks work just as well as the upbeat tracks, but they aren’t as consistently strong. Because Frost often switches dramatically between a really hi-fi and lo-fi sound, he titled his 2013 album “Low High Low” as a nod to this technique. The lo-fi sound that he has continued using in his newer music lends the entire show a classic vintage style which falls nicely in line with Frost’s overall aesthetic.

The music on its own would probably be boringly described as “fun” or “entertaining,” but seeing Max Frost perform live paints a different, grander picture of the Texan singer-songwriter. Simply listening to his music in the car yields a very different response from listeners than seeing Max Frost perform live: Listening to his song on the radio, one would imagine Frost to be a commonplace up-and-coming pop star, a nascent Andy Grammer. But one performance proves him to be wildly talented. He is thoroughly accomplished — he records, writes and produces all his own music. Frost sounds just as soulful live as he does in his recorded songs, and he never stops bobbing enthusiastically along with each track.

Frost is so busy onstage that he frequently switches mid-song between playing the drums and two different electric guitars, never stopping his singing or lively dancing. He is as effervescent and high energy as his music. His upbeat lightness is refreshing in the era of faux authenticity permeating all aspects of modern recorded music. By not contriving a sound and look that is needlessly moody and gritty, he can paradoxically come off as much more sincere and less packaged than his indie rock/pop/folk counterparts. Doing the work of an entire band all on his own, Max Frost truly puts on a one-man show. This level of showmanship is rare, and it works well with his sound. With his work ethic and old school approach, Max Frost proves that while his music may be casual and bubbly, he takes the performance of it very seriously.