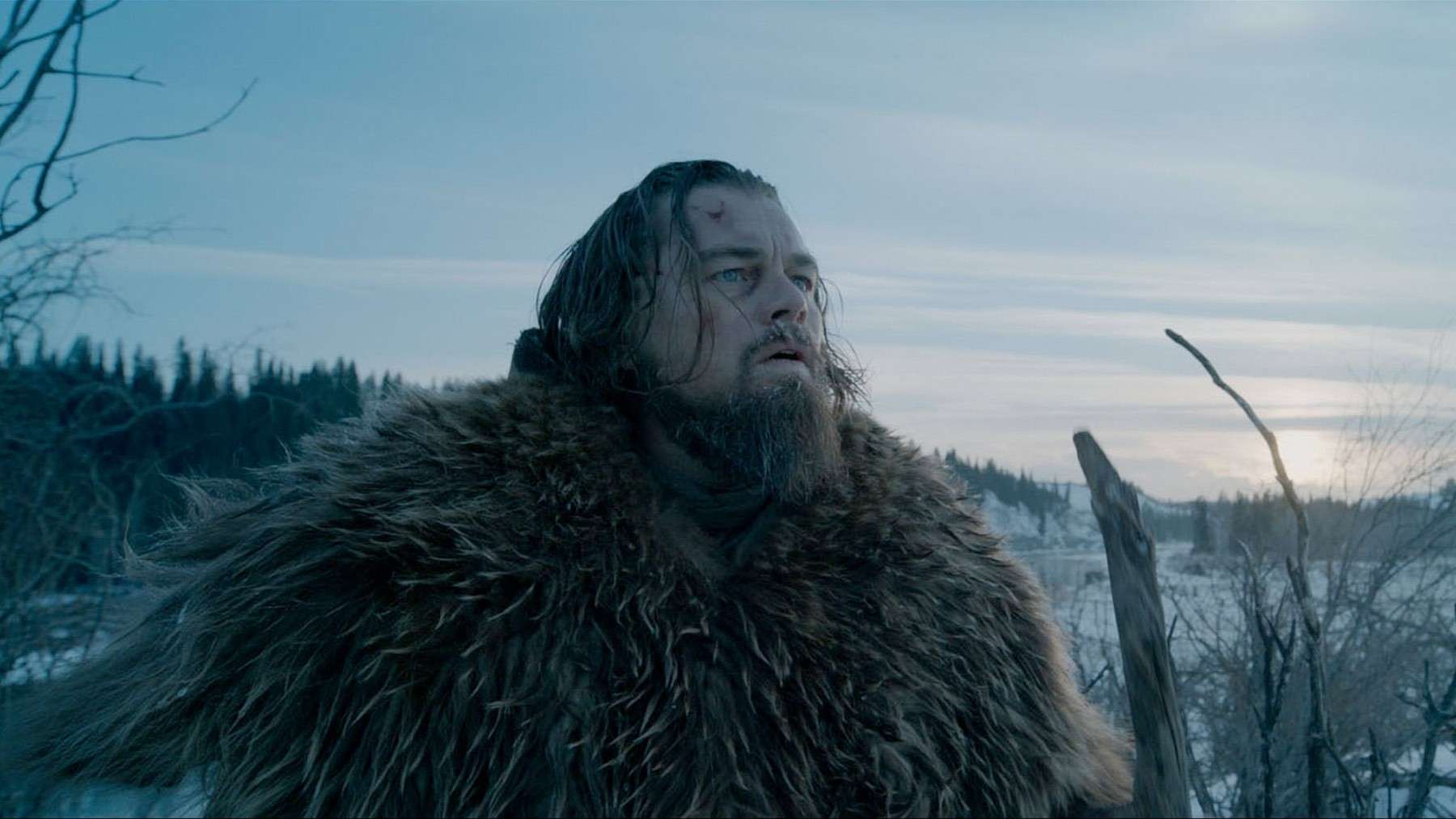 As the saying goes, truth is stranger than fiction. Considering his predilection for the strange, it seems appropriate that Inarittu’s latest film finally tackles a historical narrative. “The Revenant” tells, with some edits, the real story of Hugh Glass (Leonardo DiCaprio), a frontiersman joined to an American fur-trapping expedition in 1823. After being gruesomely mauled by a bear, Glass is betrayed by his caretaker Fitzgerald (Tom Hardy), who murders his son and leaves him for dead. Literally clawing his way out of his own grave, Glass sets forth with a crawl, hellishly bent on revenge.

This is not a complicated story. It’s about a man’s consuming desire for revenge and survival in the frigid American wilderness, beset by both the elements and roving bands of Arikara warriors. For those interested in a somber visual spectacle, most of this long (156 minutes) film delivers, with Leonardo DiCaprio giving a powerful performance that eschews words for grunts and cries as he struggles through the harsh landscape.

However, the true master of “The Revenant” is not Inarittu, but cinematographer Emmanuel Lubezki. Using only natural light, Lubezki transforms the frigid wilderness of the American frontier into the sublime, the cold simply pouring from the screen with his careful use of light. There are moments that remain etched in the eye long after the credits have rolled: a native warrior drawing his bow, snow swirling, Glass crawling forward in supplication. When action and brutality is required, the stark landscapes feature an unflinchingly visceral exploration of violence. The 15-minute long tracking shot at the beginning of the film, depicting a Native American attack on the expedition with tomahawks and arrows flying overhead, elicits genuine jumps and flinches. And the bear attack itself is a rare cinematic accomplishment both in its technicality and its sheer terror.

For viewers more interested in narrative and character development, “The Revenant” may pose some problems. Inarittu proved with “Birdman” that he can enchant with single perspective narratives; here, he seems afraid to make the film too personal and Glass too cognisable of a character. Following the first act, pure and perfect in its simplicity, the narrative starts to wander, either repeating itself or feeling fractured. It curiously leaves out some grislier historical details, like Glass cleansing his wounds by letting maggots feast on his rotting flesh, which would fit Inarittus macabre tendencies. And it’s fractured nature fails to give a sense of the scope of Glass’ 200-mile struggle.

These problems stem from the fact that Inarittu seems unable to simply let the straightforward narrative tell itself. Instead, he inserts his own flourishes, like strange surreal flashbacks depicting Glass’ Native American wife and son, into the story. But given that Lubezki is already weaving his Malick-esque magic on-screen, these interjections add little to the plot, and feel forced and unnecessary.

As a narrative, “The Revenant” is frustrating. It’s too unfocused to work as a biopic of man vs. nature and hardly seems interested in portraying any growth in its characters or discussing its central themes. However, as a visceral and visual feat, it overwhelms the senses and leaves us as shattered as Glass.