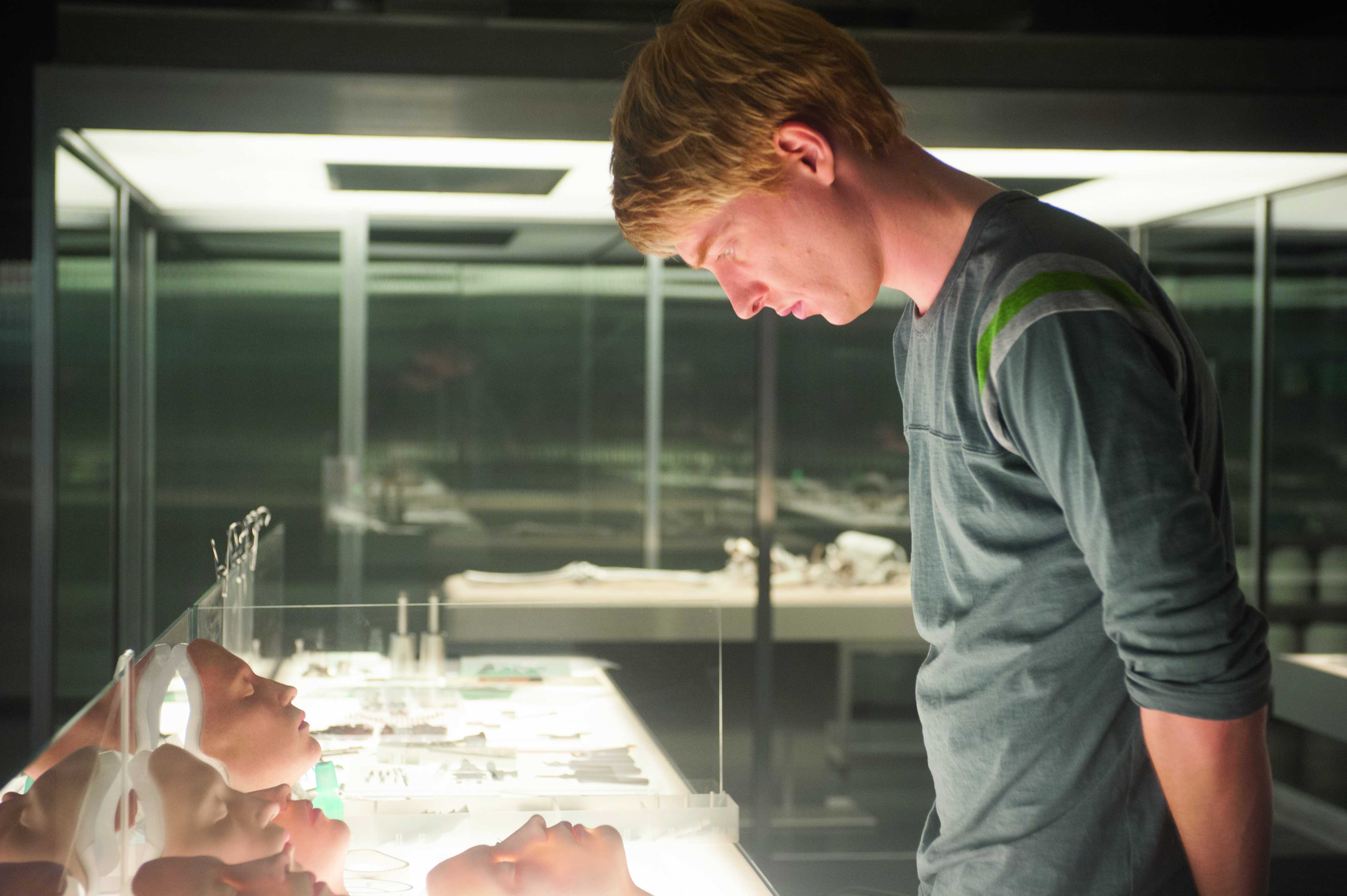 Novelist and screenwriter Alex Garland is not a man of small victories. His works are all-or-nothing meditations of the elemental. From cosmic extinction (“Sunshine”) to human mortality (“Never Let Me Go”), the stakes are always high. It comes as no surprise that Garland, directing for the first time, has only turned up the heat. His debut feature, “Ex Machina”, is an intellectual assault on our sexuality, our consciousness and the consciousness of our sexuality (or as Oscar Isaac’s character would put it, the “sexuality of our consciousness”). Like all great films, however, its artistry lies in the “how” more than in the “what.” Garland’s delicate but striking visuals soften the heaviness of the film’s ideas, dressing their scientific language in poetic clothes. The film entertains with its seriousness but also with its daring humor. Starting with its clever tagline (“What happens to me if I fail your test?”) all the way to its momentous ending, “Ex Machina” is a total work of art.

The film follows Caleb (Domhnall Gleeson), a young and brilliant programmer as he travels to the mountains to meet Nathan (Oscar Isaac), the creator and owner of a giant Google-like company of the near future. Caleb gets the golden text to participate in an unknown experiment that the secluded Nathan is secretly preparing (yes, the similarities with “Charlie and the Chocolate Factory” are uncanny). Shortly after, Caleb learns that he is the human component of a Turing Test. His role is to decide if Ava (Alicia Vikander), Nathan’s intelligent — and smokin’ hot — android has true human consciousness. Caleb has to test if Ava actually feels, desires, intends … or just behaves as if she does. Of course, we know that such a test is impossible — we can ask the same question about other people with no apparent way of arriving at a conclusive answer. But if we know this, of course Nathan knows it too. What, then, is he really testing? To reveal more about the plot would be a crime. It is enough to say that Garland plays with our expectations as a happy baby plays with his toys.

Films about artificial consciousness and sexualized female robots are many. “Ex Machina” follows “Her” in its attempts to introduce a sexual dimension into the question of consciousness. Is sexuality a precondition for consciousness? Is the latter an emergent property of the former? “Why did you give her sexuality?” Caleb asks confusedly. Nathan theorizes that we have no examples of consciousness — human or animal — without a sexual component. “And to answer your real question,” he retorts with a smile, “Yes, she can fuck … you can screw her, and she’ll enjoy it.” Just like that, we move far from the realm of “Her” and closer to something like “Fatal Attraction.” The film sheds its skin contentiously, evolving from a sci-fi thriller, to a prison movie, to a romantic drama; like a snake, it grabs your neck and never lets you go.

“Ex Machina” forms a highly complex puzzle with few pieces. Garland constructs his ambitious tale with four characters. The result is an interplay of intimacy and claustrophobia that adds an eerie atmosphere to every bit of dialogue. Vikander’s Ava is especially fascinating. She embodies a seductive woman without ever losing her robotic nature. She is not human, but she reflects all that is human in us. And this is the film’s final triumph — it will force you to look at a mirror and ask: Who the fuck are you?