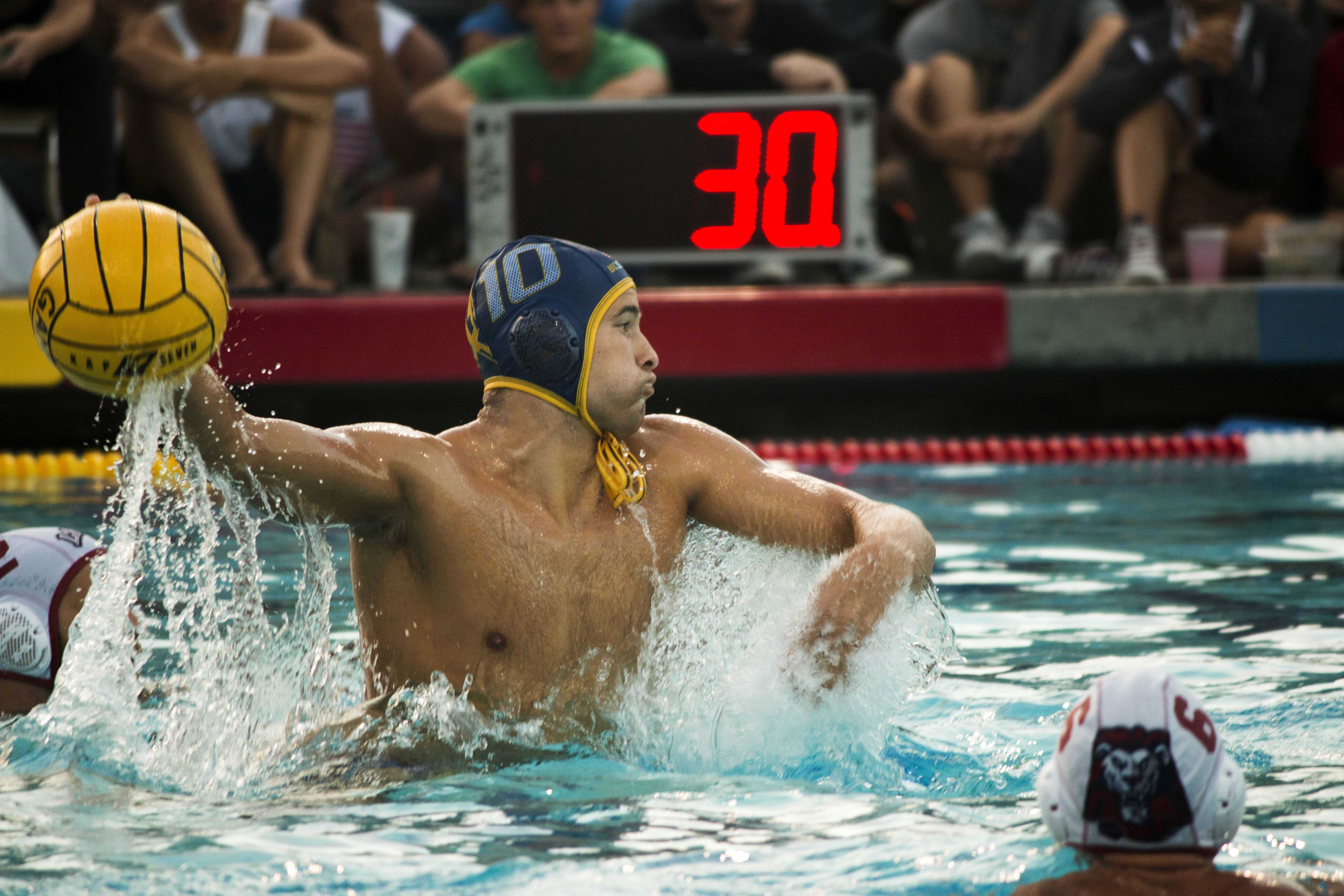 Tritons will enter tournament as No. 1 seed, automatically advance to semifinals.

Holding a pristine 6–0 record in conference play, the No. 6 UCSD men’s water polo team will open up its postseason as the top seed in the Western Water Polo Association Championships hosted by Loyola Marymount University this Friday, Nov. 21 through Sunday, Nov. 23. With the first seed, the Tritons have secured a first-round bye and will automatically compete in the semifinals against the lowest-seeded team that advances.

“If everybody even remotely does their job, we’re going to get our 17th championship,” UCSD head coach Denny Harper said. “The feeling is that we’re better than everybody else. With that said, it’s going to be a challenge, as it always is.”

A strong and substantial class of eight seniors will lead the Tritons as they embark on what hopes to be a long postseason journey. Among the veterans is senior utility Josh Stiling, who has been dominant on both ends of the pool all season, with team highs of 56 goals and 40 steals. Stiling was also recently named the WWPA Player of the Year for the second time in his collegiate career.

“We rely on the senior leadership,” Harper said. “All of these guys have been through plenty of these wars and they know just how difficult this is.”

Senior goalkeeper Cameron Ravanbach, who was also named to the All-WWPA First Team, will also man the cage, hoping to maintain the stalwart presence he has been all season. Under Ravanbach, UCSD holds the league’s best goals allowed per game (6.23) statistic on the season.

“I try to focus on the week of practice, try to visualize gameplay,” Ravanbach told the UCSD Guardian. “One of my main goals is to shoot for conference tournament MVP because I know that if I get that, we win the tournament.”

The Tritons are by and large the top squad to beat. Coming in as the second seed is No. 14 UC Davis, who UCSD defeated 10–6 in their one meeting this season. In the third seed is Air Force, who lost to our blue and gold in convincing fashion by a 17–7 result in their single matchup.

The Tritons also beat fourth-seeded Loyola Marymount twice on the year (7–2, 9–7), while defeating Santa Clara University (11–8) and California Baptist University (12–9) each once. Despite the undefeated league record and the clear favorite for the conference crown, UCSD is wary of entering the tournament with complacency.

As for beyond the WWPAs, the Tritons intend to stay focused on what is at hand. UCSD looks to make an impact on the ultra-competitive national stage, especially with NCAA Championships held at home this year, but qualifying for competition has yet to be guaranteed. Without a first-place finish this coming weekend, the Tritons will be forced to watch the NCAAs from the stands.

“There’s nothing better than being able to host a national championship at your own pool,” Ravanbach said. “With us having such a good year so far, it’s like the stars aligning being able to potentially have a huge upset and get to that championship game. It’s a great incentive to push through conference and host.”