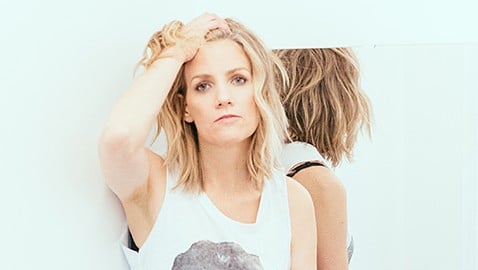 Katie Herzig is an advertiser’s dream artist. Quirky, indie musician? Check. Cute but not-too-twee vocals? Check. Catchy, artsy, acoustic sounds? Check, check, check. So it comes as no surprise that Herzig is the artist you’ve heard of without ever knowing a single song title: Her songs have been in everything from Dove Chocolate commercials, ITV advertisements over the Pond and even the trailer for “Saving Mr. Banks.”

The latter took a snippet from Herzig’s ethereal single, “Lost and Found,” off of her previous album. That LP, “The Waking Sleep,” was a great departure from Herzig’s typical, folk fare, which has included The Duhks’ Grammy-nominated, alt-country hit “Heaven’s My Home” in 2007; instead, her late mother’s long battle with cancer inspired the 2011 offering as a deeply emotional and personal, dream-pop work of art. Herzig set a high bar for herself and followed up on her genre crossover with this year’s “Walk Through Walls.” Unfortunately, the album does just that — walks through walls, not shoots through the ceiling and improve upon her older discography.

From the start, Herzig reasserts her departure from folk by kicking off “Walls” with the electronica track “Frequencies.” It’s a weak, uninspired tune and doesn’t make for a strong beginning, and the fact that the song’s first, several measures sound too much like knock-offs from a semi-professional YouTube makeup tutorial doesn’t help. Though thankfully many of the other tracks have more interesting and varied beats, the second half of the album is still largely forgettable. The song “Summer” sonically borrows so much from “Lost and Found,” as if trying to carry over her last album’s success, that one wonders whether it was actually a leftover that was unable to make it into “The Waking Sleep.”

Unsurprisingly for Herzig, there are still a few saving graces in “Walls.” The album’s latest single “Drug” is without a doubt the best track on the album, sounding very much like ABBA with synthesizers and stylophones. Although not quite as earworm-inducing, “Your Side” is another strong point in the album with its artistically crafted beats, not unlike those that gave The Postal Service and Au Revoir Simone their credibility in the electronica world. And in contrast to her quieter folk pop, the album offers Herzig a greater chance to show off her vocal range as a soprano akin to fellow, dream-pop musician Imogen Heap.

The greatest pitfall with Herzig delving deeper into new musical territory is that the very nature of electronica tends to sacrifice poetic lyrics — her strong point — for the sake of repetitious wenough of the songwriter’s literate poignancy, but it gives a glimpse of Herzig’s potential to revolutionize electronica into a more intelligent genre, should she continue exploring her more technologically savvy sounds.

One thought on “Album Review: “Walk Through Walls” By Katie Herzig”