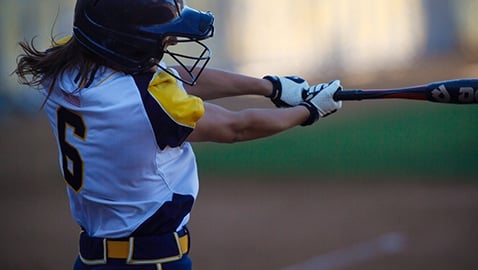 Five freshmen join the team, which will begin CCAA play against Western Oregon

UCSD softball, one of the most successful teams in the university’s history, is set to start the 2014 season next Saturday, Feb. 1, kicking off an 18-game homestand.

“I think we’re going to do well this year,” Brown said. “We have a lot of returners and freshmen who are eager to do well.”

“All the freshmen are doing pretty well right now,” Brown said. “[Bianca Devoto] is an infielder who is great at bat; [Ashley Chestnut] is a power hitter, which is something we need in the lineup right now. [Emma Schneider] was hurt last year, but she’s going to be one of our strongest hitters, and [Alayna Brenman] is a pitcher who will probably get a lot of innings.”

Last week, UCSD played its only exhibition game against Concordia University. The Tritons lost 4–3, but Brown said they feel ready to start the regular season.
“We’re confident in where we’re going right now,” Brown said. “We have two more weeks before we start conference, and I think we’re happy where we are and happy with the improvement we’ve made since last fall.”

The Tritons kick off the regular season with a four-game series against Western Oregon University from Feb. 1 to Feb. 2. UCSD begins conference play Feb. 14 against Chico State.