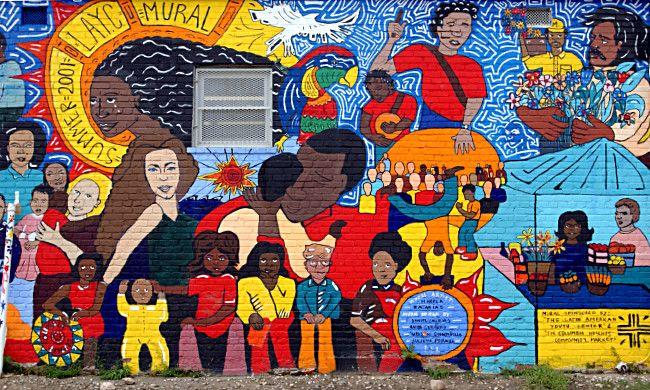 A small disclaimer: Some projects on this list were produced outside of the US, by non-American Latinxs. I felt their inclusion served to bridge the conversations surrounding identity both in and out of the US.

I’ve always felt conflicted when it comes to the word “Hispanic.” It’s a word that finds its origins in the United States, being a catch-all term for Latinos and Spanish speakers alike. Using the word “Hispanic” to describe Latinos erases a large part of the Latino community; places like Brazil, one of the largest countries in Latin America, are often forgotten about in conversations about Latinos because they speak Portuguese and not Spanish. “Hispanic” also includes Spain, a country whose culture and experiences are very different from that of Latin America. Latin American culture was born out of a rich mix of indigenous, African, and European traditions. By grouping Latinos and Spanish communities under one umbrella, the term “Hispanic” positions Latinos as closer to white. This erases the many Black and Indigenous Latinos that have contributed great cultural treasures to our identities.

Fernando Frías de la Parra’s 2019 film “Ya no estoy aquí” follows Ulises, a young “cholombiano” from Monterrey, Mexico whose sole passion is dancing to chopped Cumbia with his friends. After witnessing a murder in his neighborhood, he’s forced to flee to the United States without documentation. Finding himself in New York City with little resources, he has to find a way to survive.

Frías de la Parra weaves together a compelling story about missing home, as well as what constitutes a home. The film periodically cuts to flashbacks, showing us Ulises with his friends in the moments where he seems to need them the most. Most of the actors in the film are first-timers, though you wouldn’t be able to tell that from their performances. This film feels more important than ever now, given the rhetoric that’s surrounded Latin American immigration the last four years. “Ya no estoy aquí” tells the story of countless families and individuals who have fled their homes in search of better lives, away from the violence that often found itself gnarled around their lives.

“Cidade de Deus,” “City of God” in English, is a 2002 film about a young boy living in the favelas of Rio de Janeiro. The film is narrated by Rocket, our protagonist, as he remembers what it was like growing up brushing shoulders with crime. In a refreshing twist, the protagonist of our film is not a criminal, but rather a documentarian. Rocket has a keen talent for photography, something that comes in handy as he documents the life around him. The film’s warm, saturated colors juxtapose the heavy emotional and physical trauma that Rocket and his peers experience living in the favelas. This film shows the duality of many Latinamerican countries, torn between violence and crime while at the same time being so full of life and warmth. “City of God” is not only notable for its depiction of poverty in Latin America, but also because it follows a Black protagonist. This is something we sadly do not see often enough, despite the large Afro-Latino population who is a part of and contributes so much to Latin American culture.

“Los Espookys” is unlike any other show on television right now. Originally premiering in June of 2019, “Los Espookys” follows a group of friends as they start a horror production company. Each episode follows the group, led by the horror-loving, punk-like Renaldo, as they find a new gig to make a name for themselves. This show is not only remarkable for the incredible balance it strikes between English and Spanish, but also for the way that it incorporates the literary tradition of magical realism; a genre originating in Latin America that treats the supernatural as part of the day-to-day. The fantastical moments created by magical realism are often juxtaposed with the character’s dry, deadpan personalities to create very unique comedic moments within the show. The show also touches on cross-border connections between family members; a small detail, but an important one nonetheless.

This Netflix original series follows Casimiro Morales, played by Joaquin Cosio, and his grandchildren, as they try to save their East LA taqueria from rising rent and gentrification. This show explores generational tensions between second-generation Mexican Americans and their immigrant grandparents and parents. What struck me most was the way these two generations engage with each other. The younger generation communicates primarily in English with the older generations, while the latter almost always responds in Spanish. Watching this show, I was able to better relate to and understand some of my second and third generation friends. It’s a show that demonstrates the complexity of Latinidad and identity, also dealing with LGBTQ relationships within the Latin community. Ultimately, Gentefied is a show about family and identity, showing us that there is no one way to be Latino.

Hailing from New Jersey, Ambar Lucid is a 19-year-old Dominican-Mexican singer and songwriter whose bilingual slow jams are unlike anything else out right now. Lucid’s ear for mixing slow indie rock guitars with haunting melodies as she croons about lost loves creates a listening experience that is as relaxing as it is melancholic. Songs like “Fantasmas” and “A letter to my younger self” come to mind, though she also shows her capacity for upbeat, danceable jams with songs like “Questioning my Mind” and “Universe” off of her 2020 album “Garden of Lucid.” Ambar Lucid is giving a voice to the newest Latinx generation, in both English and Spanish.