In June 2019, a controversial extradition bill sparked mass protests in Hong Kong. With hundreds of thousands of protestors on the streets nearly every day, the Hong Kong protests have received massive international attention and coverage, creating a fire that Beijing has not yet been able to put out.

In light of this, some dismiss the protests by saying that the protestors are terrorists, or that they are paid. This is unequivocally false. In perspective, 1.7 million people are estimated to have attended the protests in August — nearly a quarter of Hong Kong’s population. To argue that a quarter of Hong Kong’s population is paid by a mysterious entity or that all of them are terrorists ignores what these protests are fundamentally about just as well as it denies basic facts.

But when the extradition bill was officially pulled, the protests did not end. It has since evolved into a larger scale movement against China and the future of Hong Kong under Chinese rule. And this may be for good reason. The Communist Party of China has been in the international spotlight for rampant human rights violations numerous times in the past and present, such as putting its ethnic Uighur muslim populations in concentration camps, where more human rights violations occur. From forcing Muslims to eat pork to sexual violence and forced sterilization against women, the CCP will cross any line to maintain its iron grip within its borders.
This is the very reason why the administration and student body of UC San Diego should make a statement in support of Hong Kong — the protests in Hong Kong is not only a fight for democracy, but also a fight against tyranny.

Beyond the goals of democratic rule in Hong Kong, the buildup of Chinese troops in Shenzhen points to an ominous potential response from Beijing. This adds to the reason why UCSD should make a statement in support of Hong Kong — maintaining international pressure and visibility could provide significant barriers to a potentially deadly response. While some argue that the presence of Chinese troops in the area is routine, which is true, the number of troops have nearly doubled to 12,000 since the protests began. The Chinese government historically has not responded to mass dissent peacefully, and the escalation of violence in the protests, from both protestors and police alike, point to a potential brutal crackdown unseen since Tiananmen Square. And in the face of a potential brutal crackdown, it is the moral duty for those who support the rights that protect us everyday to support those fighting for those same rights abroad. This is not to say that everyone should go and participate in the protests — but a simple, vocal statement of support is the very least we should do. 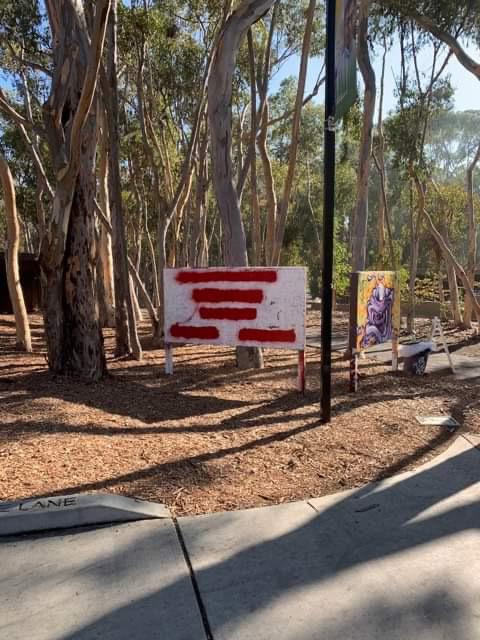 Outside of Hong Kong, the CPC has successfully tried to strong arm influential entities to bend to their will to protect their image and interests abroad regarding Hong Kong. The NBA, Apple, and Blizzard have all appeased the Chinese government, from silencing support of the protests as Blizzard did, to removing a police tracking app that the protestors used as Apple did.
UCSD has similar economic incentives as Blizzard and Apple — 18.6 percent of the student body are international students, many of whom are dependent on financial aid from Beijing. And the CPC has demonstrated that actions that it does not approve of will be met with pecuniary punishment, when it cut off China Scholarship Council funding for Chinese UCSD students in light of the Dalai Lama’s appearance at UCSD.This is a dangerous path. Appeasing the CCP for the sake of economic gain not only weakens the protests fighting for basic human rights, but also demonstrates to the rest of the world that the dollar is more important than our principles.

UCSD could also face something other than just financial punishment, such as a mass backlash on campus. But a backlash did not stop the Dalai Lama from speaking in the commencement address in 2017, and it should not stop anything now.

If a backlash were to happen, the Chinese Students and Scholars Association on campus would be the most vocal actor.The CCP and CSSA both opposed the Dalai Lama’s commencement speech at UCSD in 2017. Prior to their statements, the CSSA had reached out to the Los Angeles Chinese Consulate on the matter.

This situation is not unique to UCSD, however. According to the New York Times, China, through its 150 chapters of the CSSA across the United States, is attempting to draft a pro-China narrative and silence opposition abroad. At Columbia University, the CSSA mobilized its members to protest a presentation about human rights violations in China, and to “resolutely defend the honor and dignity of the Motherland”. Another incident at Duke University alleged that the group was responsible for a harassment campaign against a Chinese student who attempted to mediate sides in a protest about Tibet.

Thus, a backlash from the CSSA would simply be a part of a larger scale effort to stifle free speech in order to better suit a foreign power’s interests. A foreign power should not dictate for us what people can discuss and protest on our own campuses; UCSD should not allow a fear of the CSSA or a fear of a backlash keep them from protecting free speech by staying silent.

Ideas win because of the merit of its arguments, not by who can yell the loudest. A backlash is simply loud; it does not have any inherent merit. While we can disagree with the method of Chinese governance in their territory and still coexist, we cannot allow the exportation of forced silence. We especially cannot when it is being exported to U.S. campuses. Some may disagree, and say that it is hypocritical to support foreign protests, and thereby influence foreign events, while criticizing Chinese efforts to attempt to influence foreign events itself. But is a statement in support of those facing an ongoing brutal crackdown on the same level as an effort to stifle free speech and criticism through harassment? The principles we live by are only really principles if we stand by them even when it is difficult. The student body and administration of UCSD should support free speech when it matters, and that is now.

*This article was updated at 7:09pm on November 14, 2019 because the author’s sources did not hyperlink properly upon immediate publication. The content of the article was not changed.

151 thoughts on “Opinion: UCSD Should Stand up for Hong Kong”