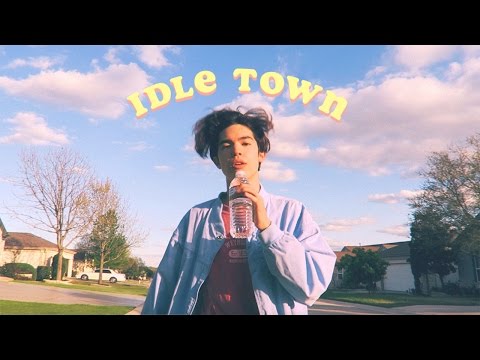 This year, Stanford Law School’s application has an optional question that allows applicants to pick which songs admissions officers should play as they look over their application.

Although I am not applying to law school, picking a song to represent me and my personality seemed both fun and daunting, so I challenged myself to sort through my favorite songs and see which ones represent me the best. I decided to pick a few of my favorite memories and choose one song to go with each.

Conan Gray, an artsy YouTuber and up-and-coming musician, has a few songs released on Spotify. In his song “Idle Town,” he describes his memories with friends and the town he grew up in. Since I grew up in a small town where nothing ever happens, I relate to Gray’s words and strong imagery of roaming around a quiet and sleepy town with best friends. The lyrics really captured what my life was like in high school and the innocence that came with it. Although high school is ancient history, I am still thankful for the valuable memories I would not have been able to have had I lived anywhere else.

I am a big fan of movie musicals, and this includes both “Mamma Mia” movies. I watched the second one over the summer with my mom and this song made us both cry. Growing up with a single mother and having such a close bond, it’s sometimes difficult to see how quickly life passes and how our relationship has changed throughout the years. However, she is still one of my favorite people in my life, and I think this song really captures my feelings toward her. Even though the mother and daughter of the movie are physically separated, they will always love each other in a way only fellow single mother-daughter duos can truly understand.

First of all, I’ve loved Ed Sheeran since I was in middle school, so he would have made this list one way or another. Although this song is one of his most overplayed, it really captures strong feelings of nostalgia as Sheeran describes going back to his hometown as an adult. There’s this line where he says that he’s driving 90 mph to get home, which I relate to, because as soon as I hit the freeway headed home, I instantly feel a sense of relief and automatically drive faster. Sheeran really nails the feelings of missing the old times, but still acknowledges that he and his childhood friends are older and wiser now.

Another song from another musical. Although I love all the songs of “La La Land,” this is the one song that stuck with me. As someone who grew up creating art and writing stories, I think I will always consider myself an artist. As an artist, it can be difficult to be accepted for our different points of view, especially in a world dominated by science, technology, engineering, and math. I think this song really captures the importance of artists and when I listen to it, I automatically think of my choice to switch out of a STEM major. I remember family and friends questioning my decision, which was really difficult for someone who loves following the rules like me. I’m not a rebellious person as is described in the song, so I think of this as being the most rebellious thing I’ve done. Despite it being so, I will never regret it.

Although this song could probably be categorized as pop music (which is a genre I am not normally into), I like this song because of the line “I was made for tropics.” I always feel happiest when I am standing at the beach or near water. Although San Diego is not my favorite city in the world, I listen to this song and remember why I chose this school and my strong love for the ocean.

Creating this short playlist of my life challenged me to channel my feelings about music into words. By doing so, I was able to really nail down why I liked these songs in the first place. I challenge people to try this, including asking their friends and seeing what monumental moments they feel deserve their own song. After all, music is a great way to express yourself, and what better way to express yourself than to do it through music?