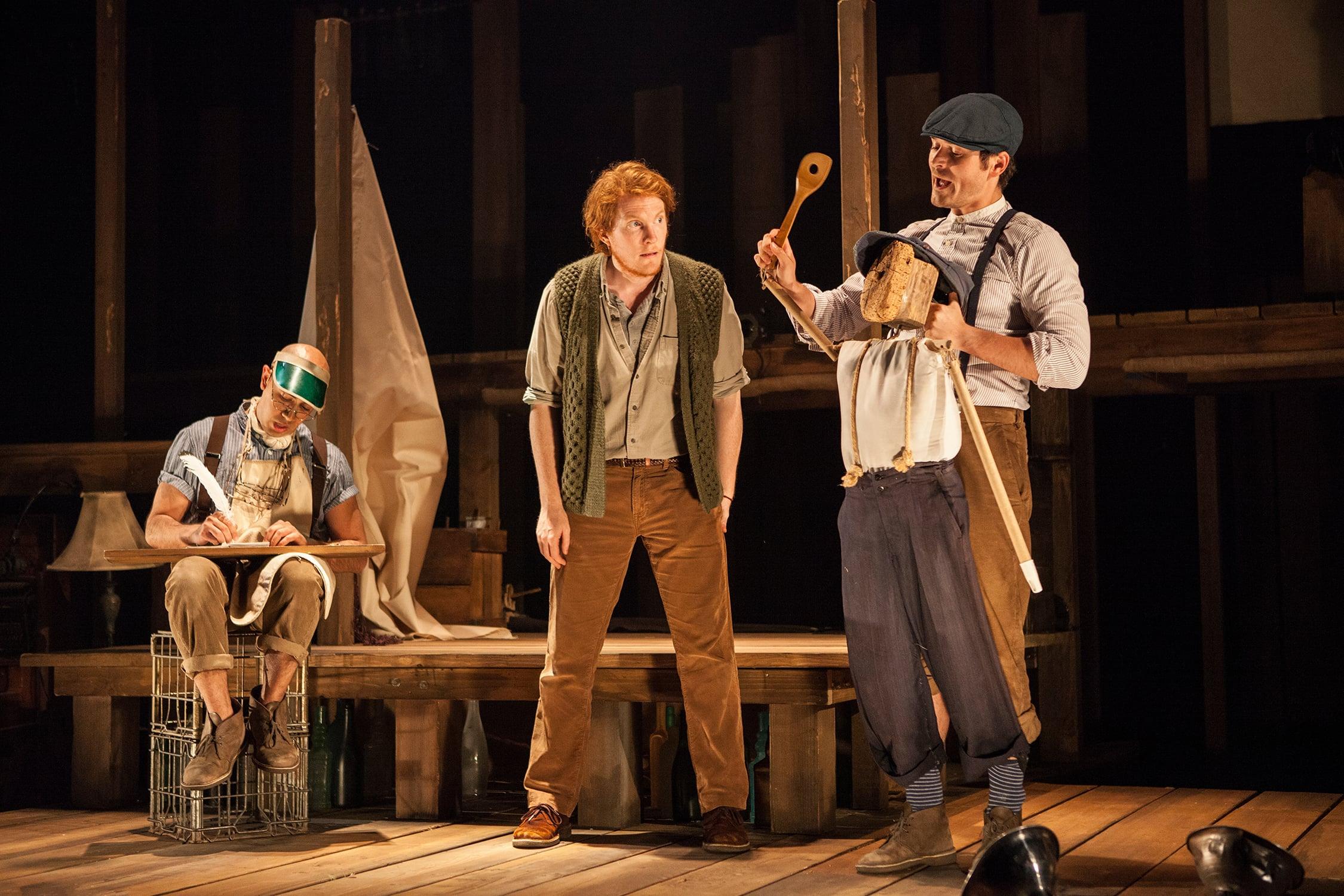 There’s this mystery involving the miners of Appalachia. These men were so totally exploited by foreign mining companies, for such a long time, and with such extreme acquiescence, that their lack of resistance has become a subject of analysis in its own right. One possible explanation proffered by John Gaventa back in 1980, was that the culture of the Scotch-Irish people was inherently stoic and fatalistic. You can certainly recognize Gaventa’s accusation in their music.

Folk music often creates an aura of sweetness around grim lyrics. Folk lyrics are almost always sad. They’re about leaving someone first thing in the morning, waiting for trains, “rambling.” But folk also has a great capacity for endearment and innocence, for all its simple music and reliance upon amateaur instruments.

Of course there’s all different kinds of folk music, but the strand of sad, whimsical and adorable folk with lots of instruments besides the guitar, is the one picked out by PigPen Theatre Company for their musical play “The Old Man and The Old Moon.” This is appropriate. “The Old Man and the Old Moon” is sad and darling in a dignified, grown-up way.

It’s about an absent woman’s wasted youth and her husband, the man responsible for refilling the moon with its luminescence every night, searching for her by sea. Poetically, the woman is played by a shadow (the cast is all men and not one of them is old). There’s quite a bit of literal shadow play, using sheets and light. It’s classily stylized in the sparse-on-purpose manner, all in natural wood and cotton — the set looks like the inside of Restoration Hardware. And the music is wonderful, equidistant between traditional show tunes and the hushed, purist vocals of Nick Drake or Vashti Bunyan-style folk. It’s designed for people who already like both, people who like only one, and also for people who like neither.

Beneath the talented actors and adorable costumes are profound snips of dialogue. Inside the belly of a seamonster, one sailor says to another who is trying to convince him to escape, “Here I am and here I be, until I shall be no more.” There’s something charming and important about this tradition of radical acceptance, to which folk’s sorry melodies, whining banjo and breakup-imagery lend themselves so nicely. The idea that one can always just acquiesce to absolutely everything seems too innocent, childish. But it’s really a viable, starlit strategy to navigate through darkness. It’s a hardcore idea that serves the classy, cute poetics of “The Old Man and the Old Moon” well by folding real nutrition into all the sweetness.