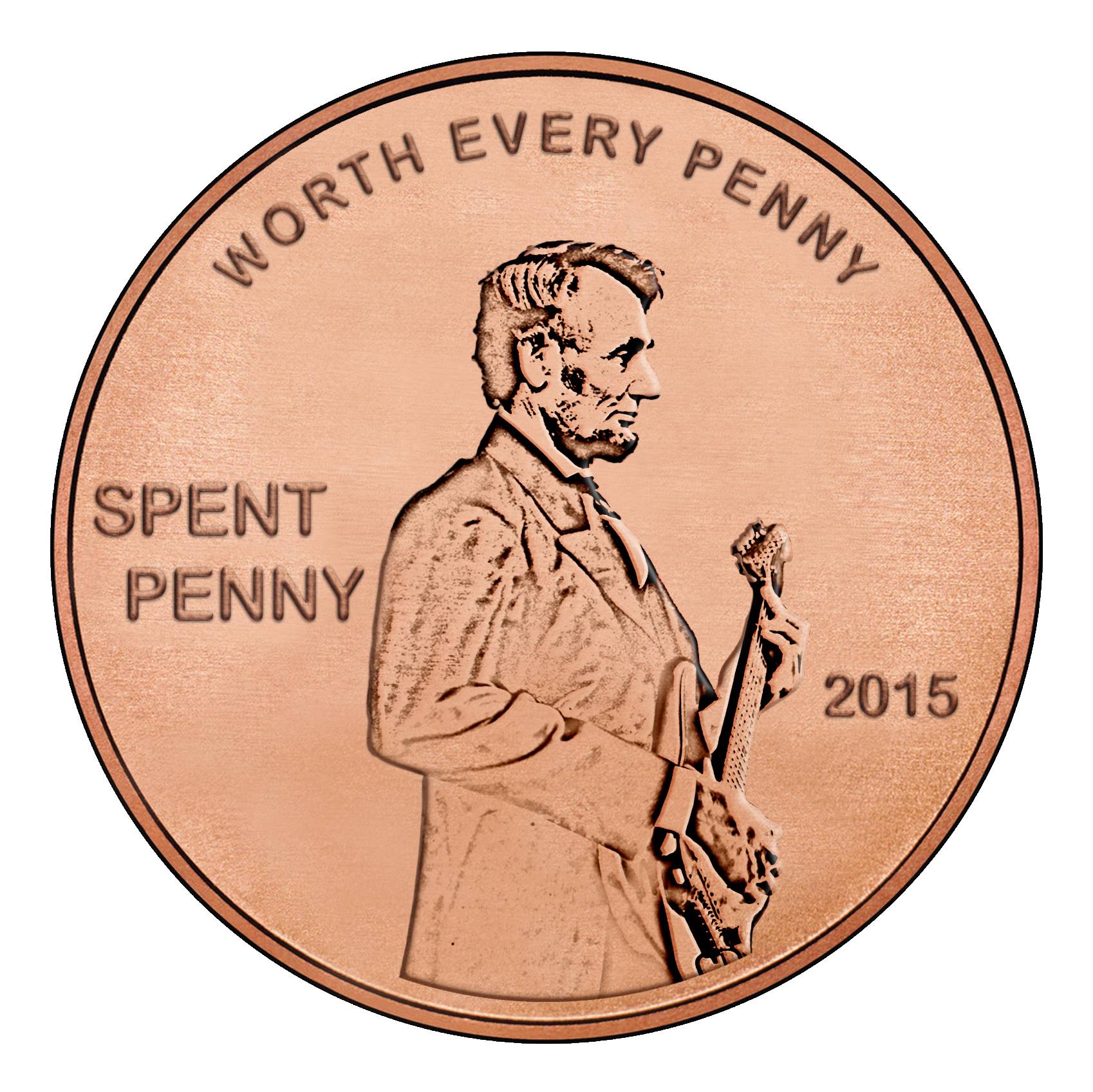 Hailing from UC San Diego’s Musicians Club, Spent Penny consists of fellow Tritons with a passion for performance. From Battle of the Bands to the UCSD Guardian’s own Pocket Office, Spent Penny has utilized its own unique talents to provide musical performances and emphasize its love for the UCSD community. As they approach the end of their undergraduate careers, Adam Kim, Connor Schultz, Cuong Luong and Alexander Pelletier took the time to sit down with the Guardian and reminisce on their musical journey.

Guardian: Please introduce yourselves and mention how you contribute to the band.

Kim: I’m Adam Kim and I am a fifth-year general biology major with a minor in music [ERC]. I play the guitar and sing lead vocals for the band.

Schultz: Hello, I am a junior with a computer science major [Warren]. I am the lead guitarist and back-up vocalist for Spent Penny. Sorry, I don’t have a minor in music.

Luong: I am Cuong Luong and am a first-year graduate electrical engineering student [Marshall]. I am the bassist.

Pelletier: Hi, I’m Alexander Pelletier, and I’m a senior with a bioengineering: bioinformatics major with a minor in music [Warren]. I play the drums for Spent Penny.

G: How did you all decide to form your band, “Spent Penny?”

Kim: We are all a part of UCSD’s Musicians Club. We currently have a Facebook group consisting of 900+ members. The original founder of Spent Penny (Hassan Shaikley) thought it would be a great idea to post on the group with the following words: “who wants to start a s***** punk band?” From there, we all were the only ones who showed consistent interest and decided to start practices at Cuong’s apartment. At that time, we were limited and had to use the drum set from the game Rock Band as our first [piece of] equipment. We only had one song ready after the practice, and it’s titled “Change Your Mind.” That was our first song together, actually; we made it the first time we all met and practiced.

G: What is the meaning behind the name “Spent Penny” anyways?

Kim: We actually had a hard time choosing a name.

Schultz: We actually went to a band-name generator website. No joke. We kept seeing random names and decided to choose the least worst one. At first it didn’t seem to make sense, but after a while of constantly using and saying it, we grew to like it. I believe a lot of band names don’t make sense at first but they become normal after using them. I also like it because we think it has come to represent the effort we put into the band.

Kim: It’s actually a British idiom meaning to “take a piss,” which we thought was pretty funny.

G: What was it like trying to find your sound as a band?

Schultz: Something I like to say as a joke is, “Adam writes the songs, but I make them sound good.” What I mean is that he puts his heart into writing the songs, but then we all add our own parts and uniqueness into them. It’s really a band effort. We were trying to fit a punk sound at first, but we ended up finding a different path.

Luong: I don’t think we were ever a punk band. I wanted a punk sound at first but I didn’t really have time to participate in the songwriting process so I was okay with playing the songs the others wrote … Regardless, I would experiment with different bass lines during practice — none of which made it to live performances due to me forgetting what I came up with. I would just end up following what Adam would play, which is fine for our purposes.

Kim: Hassan described punk as “the idea of not caring what other people think.” That’s how I believe we connected to punk, the sound didn’t matter, but how we saw ourselves as a band [did].

Pelletier: When I joined, they had most of the songs written for the band already, so I just played what the previous drummer (Austin Chinn) had played but tweaked little things here and there to make it my own. We’ve written two songs since then, and I really tried to make those drum parts sound distinct from the other songs.

G: Describe how it was like trying to find your first gig, and the experiences since then?

Schultz: Our first gig was performing at Art Power around Fall Quarter 2015. We were really concerned with what to wear — Adam even bought new clothes just for it!

Kim: Yeah, I wanted us to be uniform, because I felt like our appearance says a lot about us as a band.

Schultz: Like mentioned before, we were really trying to fit a “punk band” style. We thought we needed to become more hardcore. But now that we have played a couple of gigs for our friends, we kind of just play what we want and what comes to us naturally. Our most recent gig, and one that’s dear to us, is Rise of the Rejects. It was an event we created last year when we got rejected from Sun God’s Battle of the Bands. It included all the bands who lost Battle of the Bands and still wanted to perform for students. I believed it really reflected our purpose for creating the band, which was to genuinely perform for our friends and the community.

Kim: We felt great knowing that we put our music out there and that the audience was there to see us perform willingly; they even knew our songs! We saw Rise of the Rejects as less of a competition and more about genuinely sharing our love for music and performance with the UCSD community, which we value. Afterward, we didn’t feel so bad about losing Battle of the Bands, because that’s really all we wanted in the first place: to have people see us perform and sing along to our songs.

G: Describe how it was performing at The Guardian’s own POOF event.

Kim: Yeah, I was trying to convince him to go so we could perform our first acoustic gig together as a whole band.

Schultz: Well, we performed at POOF around Winter Quarter of 2016 along with Good Neighbor. It was our fourth gig overall as a band. I was excited to actually get asked to perform for once, rather than volunteer or sign up for an event like we were used to.

Kim: Actually … I reached out to Peter McInnis to perform at the event. He wanted our performance to be perfect, which made me more nervous and I actually messed up the words when we covered Paramore’s “Only Exception.” We also got to play a song we wrote called “Dinosaur,” which is about our anger towards A.S. [Council] and our rejection from Battle of the Bands.

Schultz: Yeah we were able to perform our first angst song at POOF… it was a fun thing. We actually got to perform for a real newspaper staff!

G: Do you see a future with this band?

Kim: Unfortunately, I don’t see a future, personally. Alex got accepted to a Canadian graduate school and Cuong is moving to Northern California. I think “future” is not what matters in that sense. I think we had a good run. I don’t think we can salvage the band after graduation since it took us a good while to find our new drummer, Alex, after his predecessor graduated. I think it’s good to end our career on a high note and I definitely believe we had made an impact with our performances and inspired our friends and fans. Without Spent Penny, I don’t think I would have been into music production as much as I am now. I’ve definitely had thoughts of getting recognized, but once Connor rejected that idea for his career, it made me realize that I don’t think I can do that journey with anyone else. Every member here is irreplaceable.

Luong: I’m going to be working in the Bay Area during the summer, so I’m not sure at the moment. It definitely helped me improve as a musician and be able to play individually, which I’m grateful for.

Schultz: Sublime with Rome was created to try to keep the old band name alive. I personally don’t want to do that just for the sake of continuing the name. We don’t want to have to hold on to the name, it’s really just to reinvigorate my passion in music. Even if Spent Penny is not continuing, I hope to utilize what I gained from it in the future.

Kim: Personally, what I would want to do is release an actual album one day, since we’ve only got a few video recordings at the moment. I do hope we get together again some day, have a reunion to produce one even if we are apart. I want to be able to look back on this experience in 30 years and say, “Wow, I actually did something cool in college.” I don’t think the end goal was ever Spent Penny — it was always much more than that. It was about the journey.