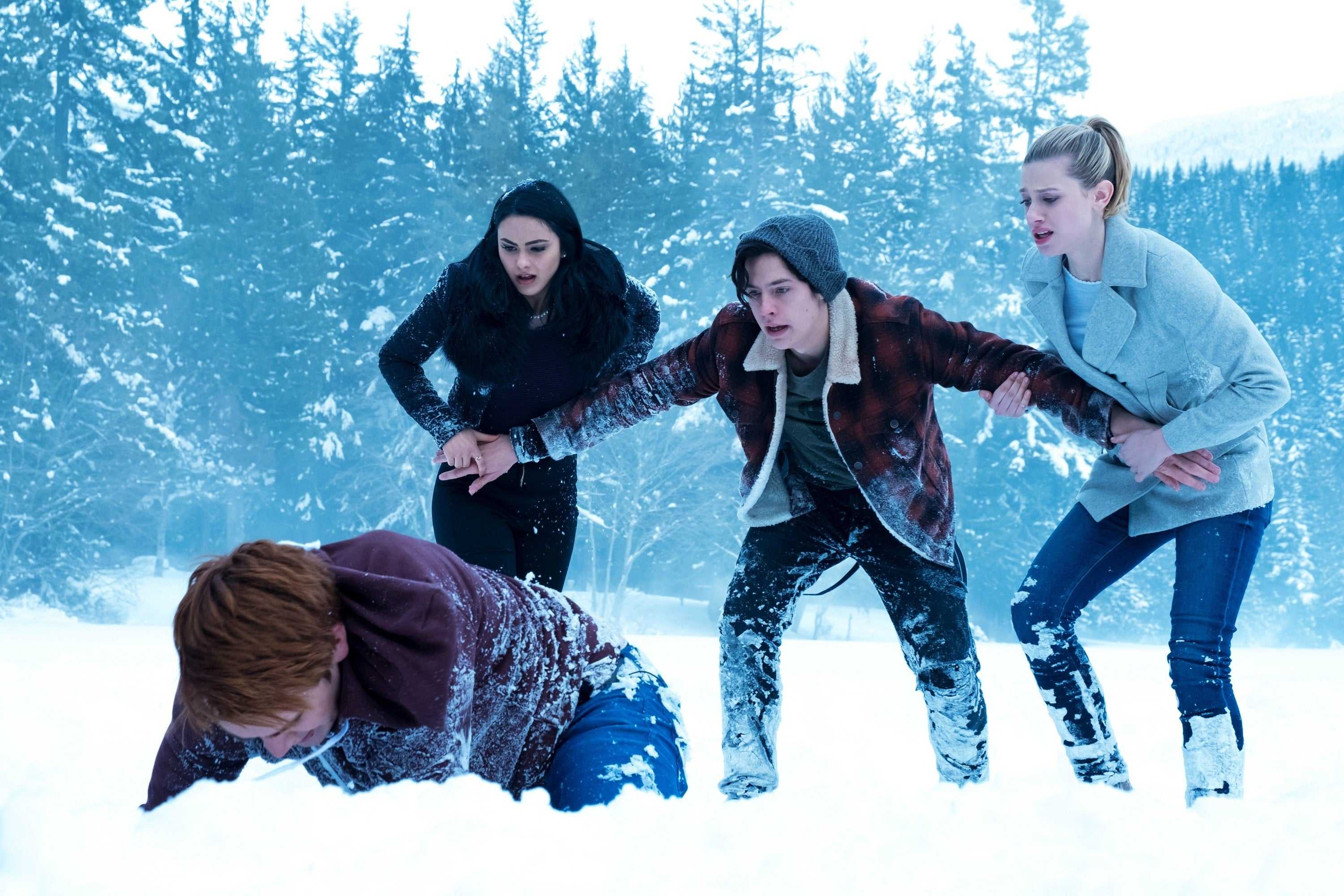 One thing is made clear from the moment the pilot episode begins: “Riverdale” is not your grandfather’s Archie Comics. As Cole Sprouse narrates in the beginning of the series, “Riverdale” is a story about a small town and the people who live in it. While everything is seemingly normal on the surface, one of Riverdale’s own is unexpectedly murdered, and the tragedy causes a chain reaction of harrowing revelations that forces the people of Riverdale to realize their town isn’t as wholesome as it appears.

Adapted from the legendary Archie Comics, “Riverdale” reintroduces us to characters such as high-schooler Archie Andrews (KJ Apa), his best friend and social outcast Jughead Jones (Cole Sprouse), former socialite Veronica Lodge (Camila Mendes) and the girl-next-door Betty Cooper (Lili Reinhart). The four teenagers find themselves in the middle of a murder investigation all while trying to survive high school and their respective family situations. It’s pretty exciting to see a modern adaptation of familiar characters, but truth be told, they’re far from the squeaky-clean teens of the comics. They’re generally likeable but also risque. While the pacing of character development is a little haphazard, the main characters are given adequate screen time so their layers and complexities can be explored.

However, the show walks a fine line between cosplaying as the Archie Comics and actually using the comics as source material. It doesn’t devolve into just blatantly shoving references in your face all the time, but it often masquerades as an original show that happens to share locations and character names. One extremely satisfying tribute to the original comic happens in the beginning of the seventh episode, where Jughead has a dream sequence of the characters dressed as they appear in the comics. Other than that, it’s easy to forget that the show is an adaptation of a 75-years-old comic book series, especially since the whole murder thing isn’t exactly characteristic of the Archie Comics.

The CW also has a reputation for excessively melodramatic shows (e.g. “Gossip Girl”), and “Riverdale” falls right into its oddly specific programming realm, characterized by pretentious teenagers thrown into ludicrous situations. Even though “Riverdale” is mostly self-aware of its angst, it’s hard not to get distracted by the overly somber moments. The characters have more emotional heart-to-heart confessionals than the Kardashians do, and the unironically formal dialogue is borderline disturbing considering the characters are in high school. The execution of the murder mystery also leaves something to be desired. The show attempts to pull off as many shocking revelations as possible, but it gets sloppy. Essential information is discovered at eerily convenient times, and side plots are heavily emphasized for a few episodes and then completely forgotten afterward.

“Riverdale” is the kind of show that requires you to be aware of its flaws in order to be fully appreciated. The buildup of the mystery does pay off as the season goes on, and the plot is intriguing enough to want to keep watching despite the shortcomings in its execution. At the very least, it’s an enjoyable teen drama that has potential to improve and succeed thanks to the deep Archie lore, but it’s an acquired taste. So as long as you’re willing to put up with the campiness and cheesy melodramatics, “Riverdale” might just become your next guilty-pleasure show.

Image Courtesy of The CW