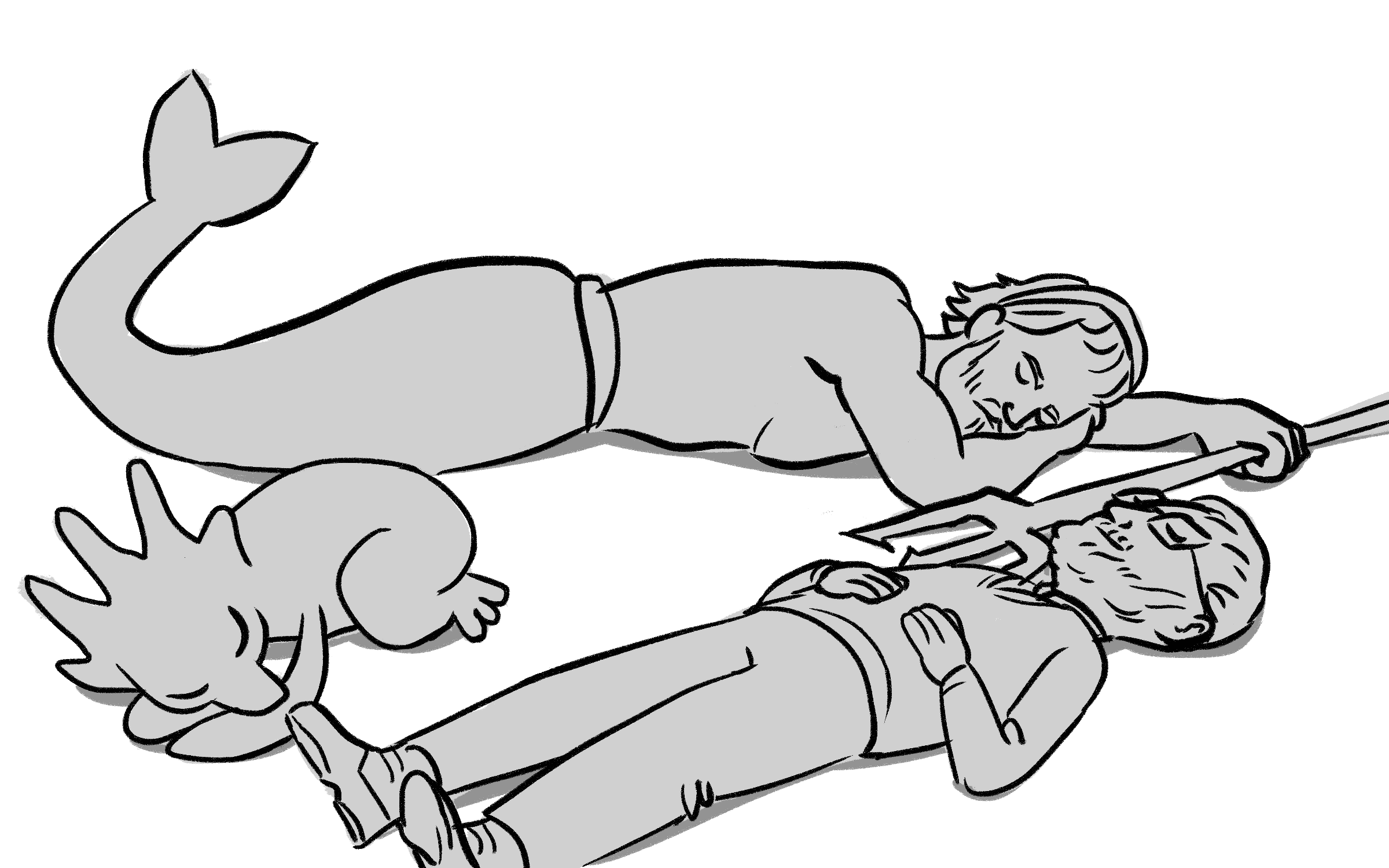 How to Get Better Sleep by: Annika Olives, Lifestyle Co-Editor

You’re at an impasse. Five coffees in, only half the day is over. You can’t hear what your political science professor is saying over the sound of your droopy head falling limply to your desk. You’ve tried everything: sleeping pills, herbal tea, yoga. You can’t bear the thought of another night spent laying in bed, watching the ceiling and trying to count sheep as the hours go by; the moon sets, the sun rises and your eyes are still open. You’re tired — exhausted even — but you can’t sleep well.

Here’s how manipulating some biology can help.

The first problem: falling asleep. The brain has a structure responsible for controlling our circadian rhythm, or our biological clock. This means maintaining body temperature, steady blood pressure and, among other things, sleep patterns. Naturally, we are diurnal animals, more alert during the day and sleepier at night, but a number of things can affect circadian rhythms. Exposure to light is a hugely important factor — how else would your body know whether it’s 2 p.m. or 2 a.m.?

This is where cell phones come in. When you’re checking Instagram in the wee hours of the morning, the blue light emanating from your screen is suppressing the production of melatonin, a hormone that is integral in controlling sleep and wake cycles. This could be the reason you still don’t feel tired after you’ve seen every picture on your feed twice, thoroughly stalked that cute boy in your ethnic studies class and exhausted all the options on the Explore page.

Researchers suggest limiting use of all electronics to roughly 2 to 3 hours before sleep. But since we’re college students and that’s nearly impossible, try using Night Mode on your phone, or downloading programs that warm your laptop screen depending on the time of day, like f.lux, to limit that dangerous blue light. Don’t stay in your room studying for that chem quiz the whole day either — getting out and exposing your body to natural sunlight will help your circadian rhythm stay on track, and it will probably give you the excuse for a much-needed break anyway. Even better: go out for a run or take a walk — the exercise will help fatigue your body, making it easier to fall asleep.

OK, you say, my head hits the pillow and I’m out. What’s next?

Every young adult has heard over and over from doctors and parents and teachers that it’s important to get at least eight hours of sleep a night. But between your anthropology paper, calculus problems, making sure you don’t lose your job and trying to keep a social life, that number dwindles.

Surveys and studies have shown that that number averages closer to six hours, though we all know there are those weeks we only get three or four. Or none.

Here’s what you can do. Sleep is broken up into different stages: drowsiness, light sleep, deep sleep and Rapid Eye Movement sleep. Each sleep cycle lasts around 90 minutes, and after your REM sleep is over, you cycle back to the first stage. You want to set your alarm clock to wake you up when you’re in your lightest sleep — ideally, right after REM.

So, count by multiples of 90, or use an app or website to do it for you. I find that the website sleepyti.me is very helpful in calculating REM cycles. There are two options: if users know what time they want to get up and want to figure out what time to sleep or if users want to know what time to get up if they go to bed at the present time. Both options first take into account that it takes, on average, 14 minutes to fall asleep. Tracking sleep cycles and adjusting your sleep times to fit them can prevent grogginess and help you feel more alert, even though you’ve only gotten a few hours of sleep.

All right, you say as you down your second 5-Hour-Energy of the night, I’m feeling fine. Why is this relevant to me?

Remember that sleep is incredibly important for proper functioning. Sacrificing sleep to finally finish that engineering project is OK one or two nights a week, but sleep deprivation has awful effects on your body. Lack of sleep could be why you keep getting sick, why you’re constantly stressed, why you keep forgetting things, or why you can’t focus. Try out a healthier sleeping pattern for a week or two, and you may notice a huge change in your energy, mood and overall health.

Turn in early tonight. You deserve it.

Stages Throughout the Night by: Brittney Lu

We’ve all been there. Too often we find ourselves scrambling last minute to scrap quotes together for a literature review or calling lab partners at 2 a.m. to get the conclusion ready to turn in. Not to mention the occasional Friday night spent bar hopping, visiting Vallarta Express and ending in Denny’s at the crack of dawn. But what exactly happens to your body during an all-nighter? Depending on the nature of your night extravaganza, let’s take a look at the different stages of the last bits in the 24-hour span.

So you start your night and it seems promising, no? It’s only 9 p.m., the night is young and you have hours ahead of you to tackle that assignment or hit as many clubs as humanly possible without wiping out your checking account on Uber and IPAs. This is your fight-or-flight moment. More often than not, it’s the “eff it, I have to turn in something to Turnitin by 8 a.m.” or the “I refuse to be a grandma and miss out on this epic night out.” Adrenaline running, your body is preparing itself physically and mentally to address a moment of acute stress. Over the course of the night (and as the number of nights like these adds up), there’s an inevitable toll on your body.

So it’s around 12 a.m. now and those hunger pangs are hitting you. Obviously, you’ll be fueling yourself through the night, either through booze or Bagel Bites. By all means, bring some Tums. At night, your body still metabolizes, but at a slower rate. Let’s be honest — this is not the time you make the healthiest choices, and increasing calories at a concentrated level is bound to bring some sort of bowel response. Eating later at night — especially with the “night-time nutritious norms” consisting of greasy fries drowned in carne asada, cheese and sour cream, or that high-sodium cup of ramen — is more likely to increase chances of acid reflux.

Then, 3:30 a.m. rolls around and eyelids feel heavy; sleep is beckoning you with a siren’s call and that bed has never looked so tempting. Nothing coffee can’t fix, right? Known to be a “psychoactive drug,” the caffeine in these beans actually disrupts your body’s natural clock. Dr. Kenneth Wright from the department of integrative psychology at the University of Colorado, Boulder says that drinking coffee later at night “pushes your internal clock later, so you’ll want to go to sleep later.” And think through the amounts of all-nighters you may have collectively pulled during your span of being a student; all of that accumulated caffeine will inevitably disturb and delay the natural rhythms to your “rise and shine.” Maybe not the “best fix” we were looking for…

But here it is, the home stretch. By now it’s maybe 6 a.m. and you can see the sun beginning to peek up. Somewhere in the distance, a suburban mom is brewing a cup of chamomile and doing some yoga. But you, you champion, are in the final stages of the all-nighter, with the promise of sleep on the horizon. You’re trying and revising, working off that last bit of adrenaline to get you through the editing process. Or you’re pulling up into a 24-hour diner ready to trade in pina coladas for pancakes. At the end of your night, you dutifully turn in your hodgepodge lab report, but what now?

Scientists say that all-nighters, and even accumulated late nights, are bound to create a biological response. Over time, lack of sleep leads to increased cortisol, and thus, plays into increased risk for chronic stress. And you think all those Hot Pockets are safe to eat because you tell yourself “calories don’t count at night”? Your hormone leptin decreases while ghrelin increases, making you hungrier. Researchers at Stanford University found that even after one night of little sleep, your body mass index shows signs of increase (2). And over time, your audiovisual, spatial and cognitive attention capacity decreases, so that literature class you struggled to stay awake in before? It only gets harder from here.

Maybe an all-nighter every now and then is needed and, dare I say, integral to the college experience. But accumulated nights of little to no sleep is harmful in more ways than one. So do yourself a favor and make sure to catch some Z’s.