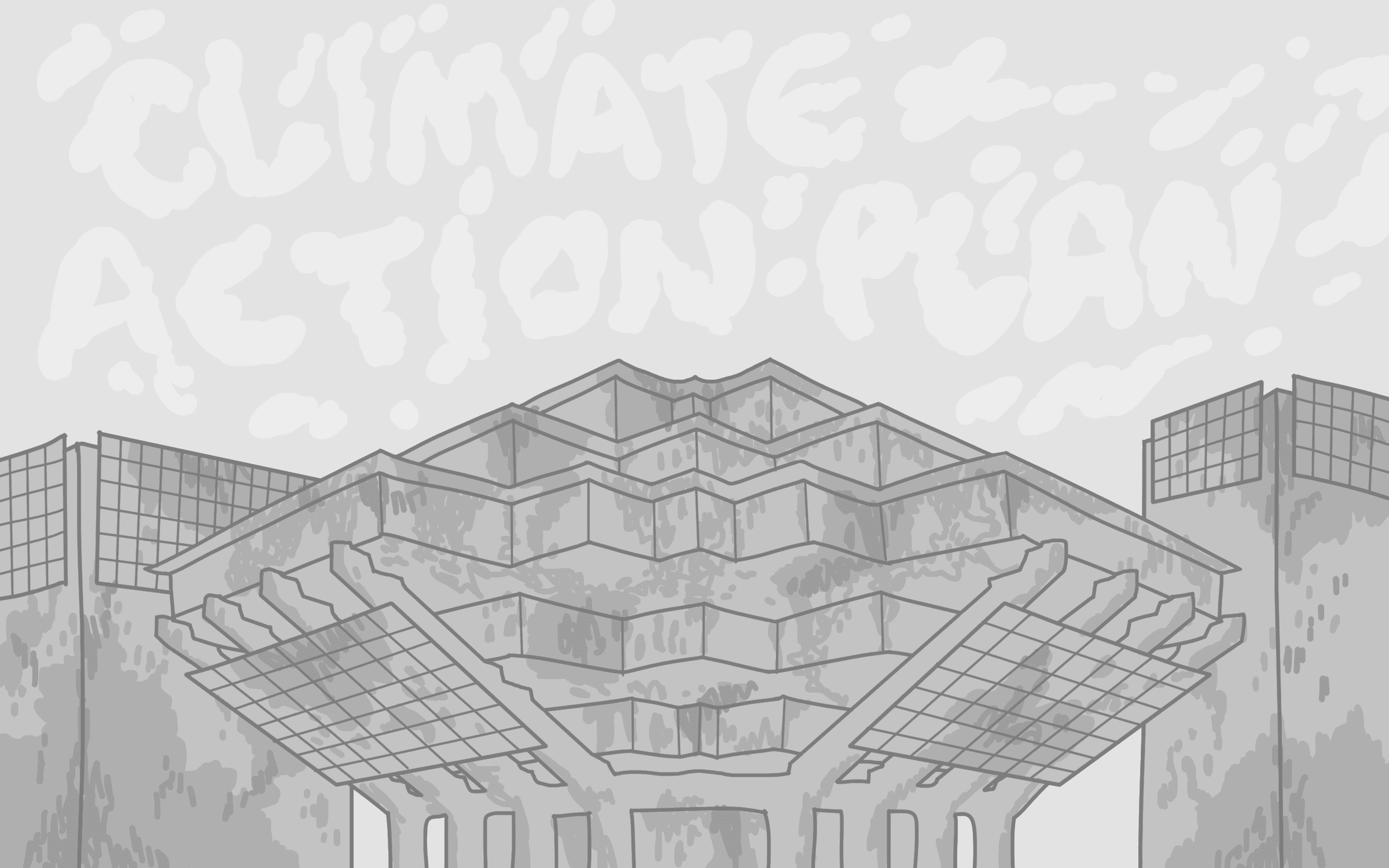 Deep in the flood of disturbing reports, policy changes and sardonic commentary flowing from Washington D.C., the Trump administration has been recklessly undoing the environmental policy work of the Obama administration.

Trump’s commitment to “stopping the war on coal,” for one, reversed the Obama-era moratorium on the federal coal program that provided new coal leases. His free-market, deregulation stance means a review on the EPA’s Clean Water Rule which protects streams and wetlands from pollution and degradation. Further, he has denounced the whole of climate change policy by rescinding Obama’s climate action plan from 2013.

As frustrating as this has been, there is an opportunity here for students and faculty alike to create strong, community-based climate change policy by supporting Community Choice Energy.

Community Choice Energy, sometimes referred to as community choice aggregation, is a non-profit alternative to the corporate monopoly of San Diego Gas & Electric. SDG&E is an investor-owned utility, which means that the average person has no say over the source of their energy. SDG&E works through contracting to smaller, local energy providers such as Palomar Energy Center and the Encina Power Station.

The city of San Diego is conducting a feasibility study that is key to accomplishing its goals, projected to publish preliminary results in the summer of 2017. The study will examine energy providers by their costs to consumers and their carbon footprints.

Programs like Community Choice Energy already exist in counties across California, and many other local governments are in considering a restructuring of their power. In Oakland and Berkeley, similar models of clean energy providers are being pushed for. Monterey Bay Community Power, however, has already conducted and presented the results of a feasibility study from May 2016 that shows that the CCE model would be viable under a range of market conditions and has the potential to reduce carbon emissions greatly depending on the type of plan chosen.

CCE has been heavily opposed and lobbied against by SDG&E because it presents a threat to SDG&E’s energy monopoly. In a Voice of San Diego breakdown, author Ry Rivard explains how the process of buying power for its customers, regardless of type, is often done through contracts that project 20 years into the future. Should SDG&E experience a reduction in purchasing, it could have an issue of excess supply. Another incentive for SDG&E to oppose CCE is the government incentive to use rooftop solar, which would ultimately lead to decreased demand for its product, something that has certainly been a concern for the company long before the push for CCE.

This movement for CCE has largely been driven by local organizations like the Sierra Club and San Diego’s 350.org chapter. Proponents of the energy alternative say that CCE is the single biggest thing that the city can do to reach its Climate Action Plan goals of fostering a greener economy, one of them being  a target to reduce carbon emissions to 50 percent of their 2010 levels by the year 2035.

What matters now is contributing support to local action. In times when the energy surrounding environmental justice is so negative, it is motivating to look at our own campus as an example of how nonprofit, independent energy is economically and environmentally viable — 88 percent of the campus is powered by electricity from our local grid.

As students, we have a choice to become involved with our local community rather than be strangers passing through an institution. Right now, there is a chance to make your voice heard: Our representative, Barbara Bry, is not opposed to CCE but has not made any strong stances on it.

UC San Diego is a huge proportion of her district and therefore her constituents — simple acts like signing this petition, making a phone call to her office or even joining organizing efforts with the Sierra Club and Student Sustainability Collective are different but effective ways to get involved. Community choice energy is an opportunity to bring a community together that fights for clean power, but inspires the kind of positive, passionate energy needed to make change at the local level.