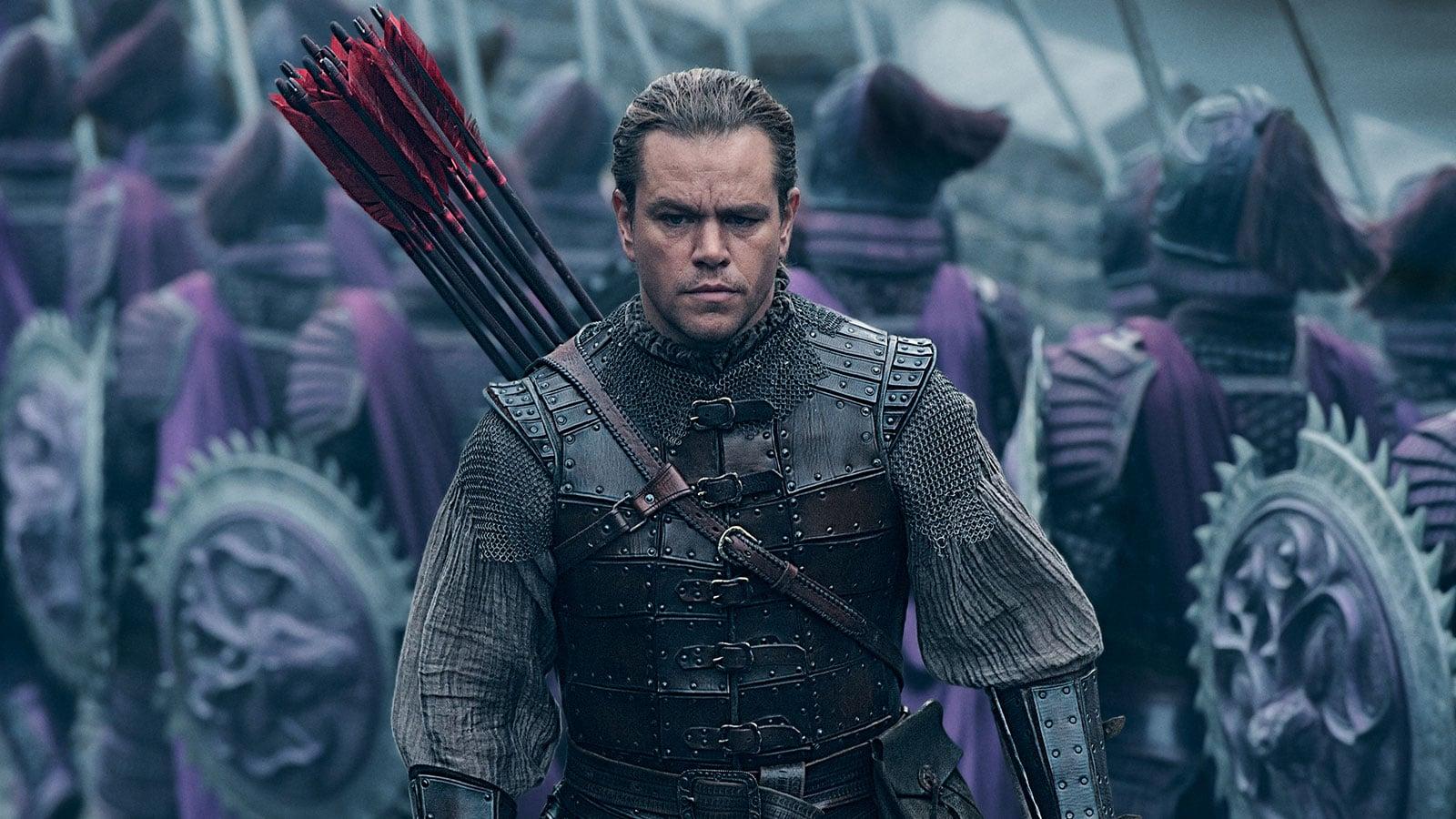 “The Great Wall” seems to have a fascination with visual assaults and gratuitous action above all other aspects of film. At its greatest, it delivers relatively amusing displays of heroic combat; at its worst, it’s a shoddy jumble of incomplete exposition, half-hearted dialogue and banal storytelling. Even a performance by Matt Damon (an unenthusiastic one, at that) does not absolve this film of mediocrity. This doesn’t necessarily mean that a focus on violence is detrimental. A work involved in artistic and spectacular portrayal of conflict can be wondrous and enrapturing. It happens that the attempt here has neither merit.

The opening bodes no warm satisfaction. Lone survivors of an expedition for black powder, William (Damon) and Tovar (Pedro Pascal) find themselves caught up in a war to rescue China from gluttonous, hippopotamus-sized lizards. From here, the dialogue becomes flavorless. William and Tovar together bear a single dimension of emotion, limiting their conversations to mutual annoyance with each other’s dispositions. The defenders of the wall fare no better, spouting trite words in a dispirited fashion. Whatever drama is supposed to be emotionally compelling takes a tumble off the wall and is squashed unceremoniously. Disappointingly, Damon refuses an offer to jump the wall in a cheesy trust-building exercise with Commander Lin (Jing Tian). It would have ended the suffering of himself and the audience.

Of course, if the people in the audience wish to pay attention, they’ll be quick to point out how utterly ludicrous the tale is. The vengeful heavens sending their reptilian minions to wreak havoc upon a greedy mankind? Their weakness is magnets? And the fastest way to get to the capital of China is by balloon? One would find more originality in the third sequel to a Hollywood remake of a popular book series. Despite these absurdities, the actors somehow invest themselves in this irrational realm without batting an eye; the suspension of disbelief is lost on actors both overplaying and underplaying their characters. They’re neither convincing nor interesting. Pascal enters the wall a tormented traveler who desires no share of black powder nor any role in the war against the monsters. Fifteen minutes later, his sense of self-preservation remains intact, except imbued with a feverish lust for the explosive material. Conversely, no tears are shed when General Zhao (Zhang Hanyu) is assassinated. His final orders a vain croak that no person cares to hear.

The ensuing chaos is meant to distract from the lack of substance and imagination. Whether one is pondering the juvenile imagination that produced such a contrived progression or is blinded by CGI, the good feelings here are more schadenfreude than elation. The animation manages to be concedingly pleasant, if not for the overuse of slow-motion shots and extreme close-ups. It’s difficult to free oneself of the pleasure derived from limbs being torn from human and reptilian torsos, Goldbergian death traps and defenses, and the absolutely hilarious experimental airships that end up incinerating 80 percent of their riders. Not that it entirely tempers the absolute garbage that is every significant plot point. It is very pretty, though!

The lack of eloquence of almost every moment is indicative of the film’s desire to move scenes quickly without giving too much away. Ignorance is the one request for the audience. Yet, the Hollywood-standard action cannot conceal a sinfully awful misadventure of ridiculous wonders and unimpressive exchanges. “The Great Wall” offers nothing else substantial of value. If a student majoring in Chinese studies feels that he is too intelligent for his own good, “The Great Wall” is a fantastic remedy.