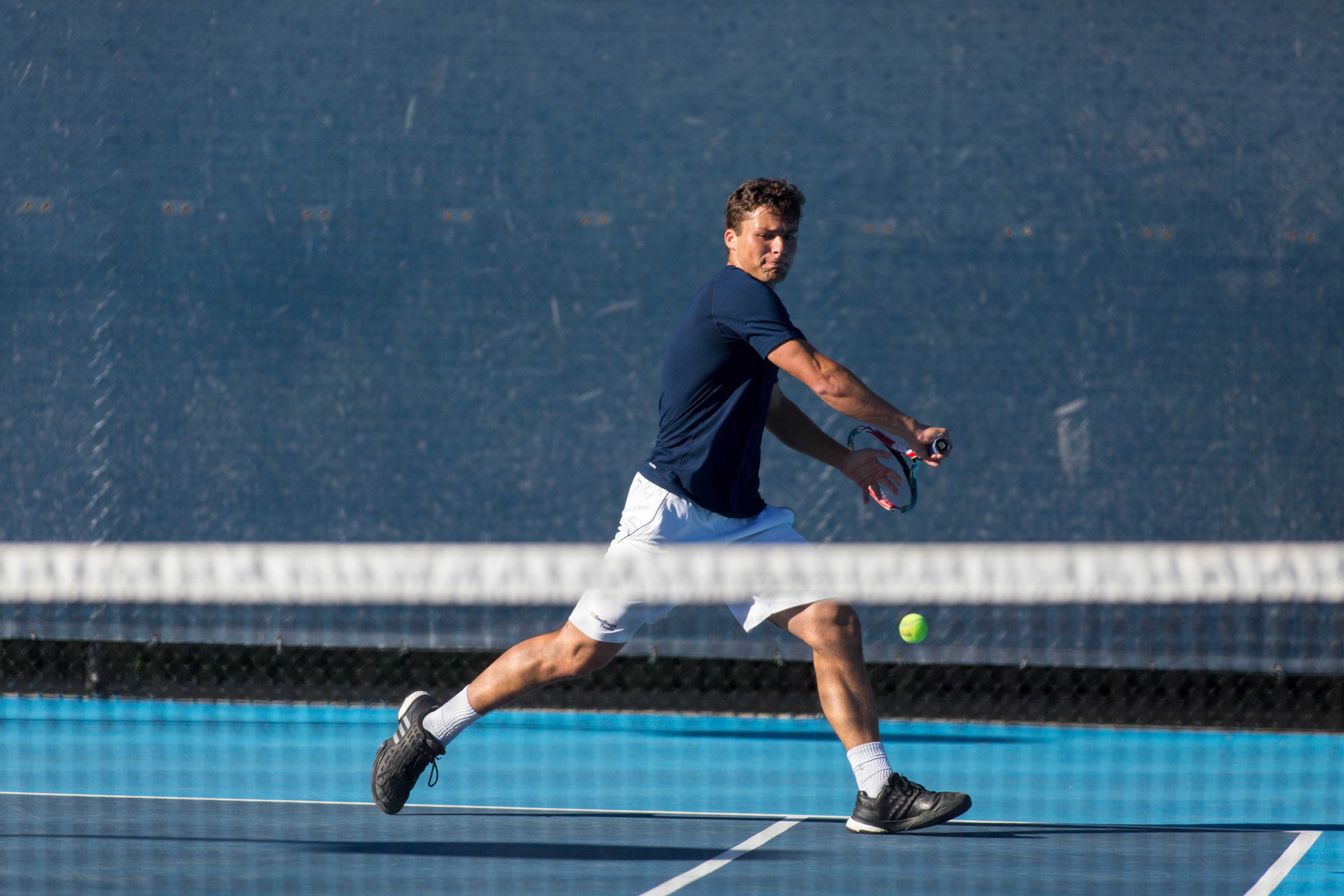 Last week, the No. 14 UC San Diego men’s tennis team completed a successful Hawaii road trip with a win against the University of Hawaii at Hilo and followed that up with a home win against Holy Names University. Fresh off an upset win against No. 1 Hawaii Pacific and another victory against No. 26 Brigham Young University, the Tritons are now on a four-game win streak.

This past Sunday, UCSD completed a sweep of the Hawaii Invitational with a 6-3 defeat of UH Hilo.

The Tritons lost both the No. 1 singles and doubles and the No. 6 singles but won all other matchups. Junior Eric Tseng lost in two sets at the one spot, while senior Alexandre Miaule and freshman Marc Isaia lost one double. In the win column, Miaule won at the two, 6-1, 6-4, junior Justin Zhang got a tough victory in three sets at the three, (6-4, 2-6, 10-8). Isaia took the fourth game with an easy 6-1, 6-1 victory, while freshman Marius Ruh followed suit with the 6-0, 6-1 drubbing of his opponent at the five.

Doubles players of the day freshman Sreeganesh Manoharan and senior Edvin Larsson paired up for the win at two, and Tseng and Zhang rounded up the scoring at the No. 3 doubles.

The Tritons went back to work on Friday against No. 30 Holy Names and picked up another win. With the 7-2 victory, UCSD moved to 5-3 and a regional ranking of No. 3.

Tseng, the 36th-ranked singles player in the country, lost again at the No. 1 spot against senior Matthew Halligan. Halligan took the first set, winning the tie break 7-5. Tseng made it a game when he took the second set 6-3 but ultimately was defeated in the super tiebreaker 10-7.

Miaule at the two, Zhang at the three, Larsson at the five and sophomore Rodrigo Amaral at the six all won in straight sets. Ruh had a more difficult time at the four spot against freshman Javier Luque. Ruh won the first set 6-2, lost the second 2-6 and then narrowly escaped the super tiebreaker 12-10.

The one spot for the Tritons in the doubles was a bit of a let down for the second time in a row, as Isaia and Miaule lost 8-3. Tseng and Zhang took the No. 2 with a 8-2 victory, and Amaral and Larsson took care of business at the three.