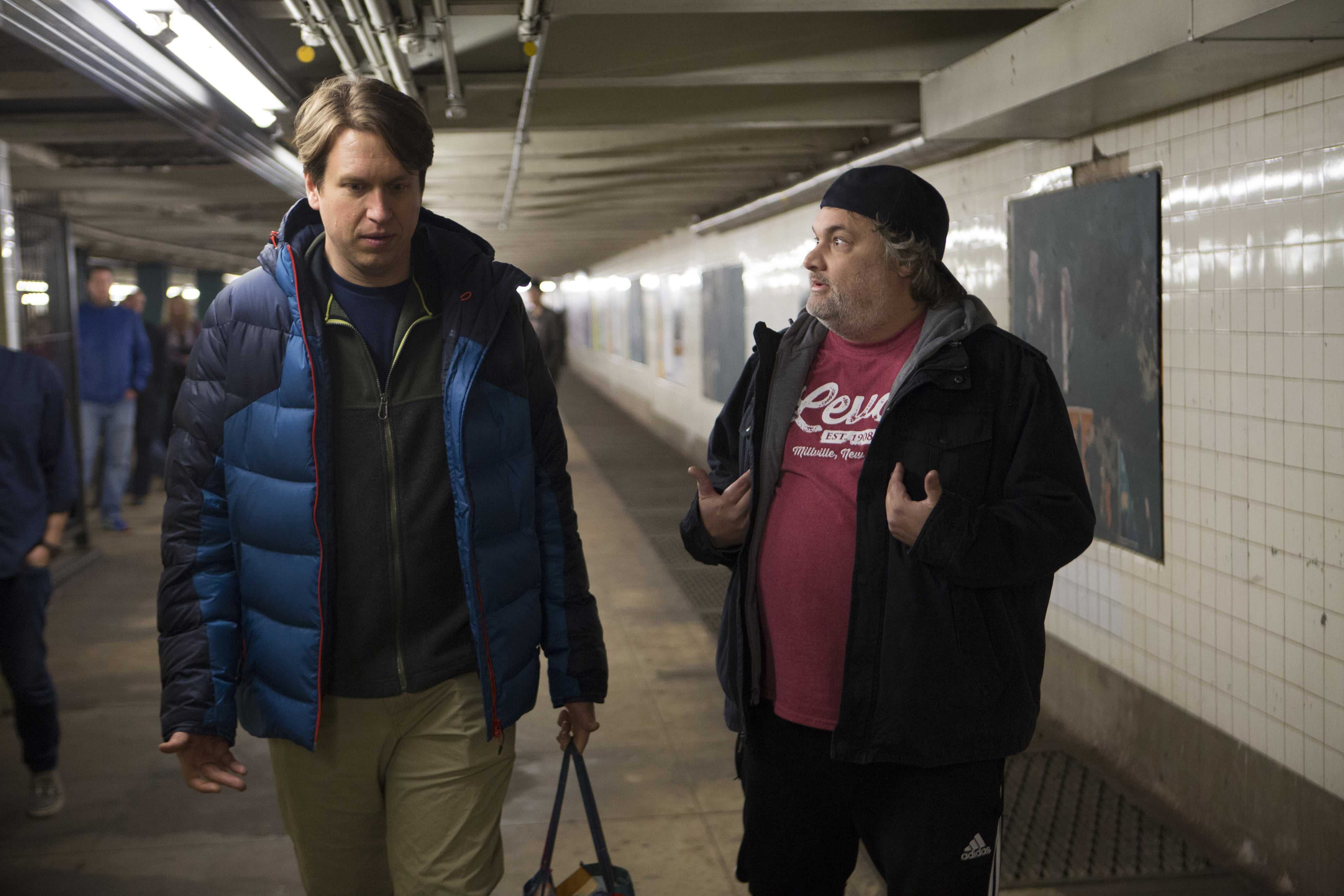 For any comedy fan, the concept of HBO’s new series, “Crashing,” is an exciting one. Produced and partially directed by the one and only Judd Apatow (“Superbad,” “Knocked Up,” “Freaks and Geeks”), the show centers around a struggling comedian, Pete (Pete Holmes), as he desperately tries to find various places to “crash” after his wife leaves him. This results in him staying with a different comedian each episode and allows for a variety of guest appearances, featuring performers like Sarah Silverman, Artie Lange, T.J. Miller, Hannibal Buress and others. These names alone are reason enough to give the show a shot.

The pilot begins with an awkward sexual encounter between Pete and his wife, Jess (Lauren Lapkus), in which, during a sexually frustrated frenzy, she asks to touch Pete’s “a–hole.” The almost nauseatingly polite 30-year-old Pete is not on board and jokingly brushes her off as he leaves for his nightly stand-up open mic. It is apparent that the two have grown apart, and so, of course, it is no surprise when Pete catches Jess in bed with Leif, a free-loving, married man who Pete angrily claims has the appearance of someone with AIDS. “Looks can be deceiving, brother,” an unphased Leif informs him while covering his junk with Pete’s washcloth, “because I do not have AIDS.”

So, just like that, Pete is forced out on his own with no practical job experience besides a decade-old degree in youth ministry, vivid memories of his wife being sexed by Leif the third-grade art teacher and an unquestioned dream to make it big as a comedian. Until now, Pete has been supported by his wife and had no idea what he should do to find lodging, food or even venues where he could perform his comedy. Fortunately for him, he always seems to befriend someone just in the knick of time who offers him a comedy spot and a place to sleep (or rather, in Artie Lange’s case, it seems to be friendship mixed with the guilt of totalling Pete’s car).

As with most Apatow projects, the show finds a familiar balance between humor and heart, and while not constantly administering gut-wrenching laughs, it manages to carry a comical tone throughout. While sometimes it does feel hard to root for a protagonist who has been working half-heartedly at open mics for something in the ballpark of 10 years, Pete doesn’t ever come off as a complete sad-sack. In fact, the heart of the show shines through the smiley naivete and small-town optimism that Pete maintains throughout his misadventures, never considering the possibility of giving up or failing.

Although the show is written by Holmes, it is clear that the writer doesn’t save the funniest lines for his own character, but rather spreads the biggest laughs out among the various featured comedians. It is in this way that the show excels in the self-deprecatingly, honest fashion of a show like “Louie” — although much less dark and experimental. It brings about similar feelings of humiliation in the protagonist that seem to reveal something universal. Similarly to “Louie,” “Crashing” also uses several minor comedians in various roles, helping to ensure that every character has a discernable, humorous voice — some standouts being George Basil and Aparna Nancherla.

While it is hard to say that this show is spectacularly original or unheard of in terms of its style or plotline, it gives a consistently funny peek into the world of a struggling, young comedian who just wants a chance to make people laugh. So, if you’re in the mood to relax, kick back and have a friendly laugh with a goofy, self-effacing comedian, “Crashing” may just be your cup of tea (or coffee, if that’s your thing).

Photo by Macall B. Polay for HBO