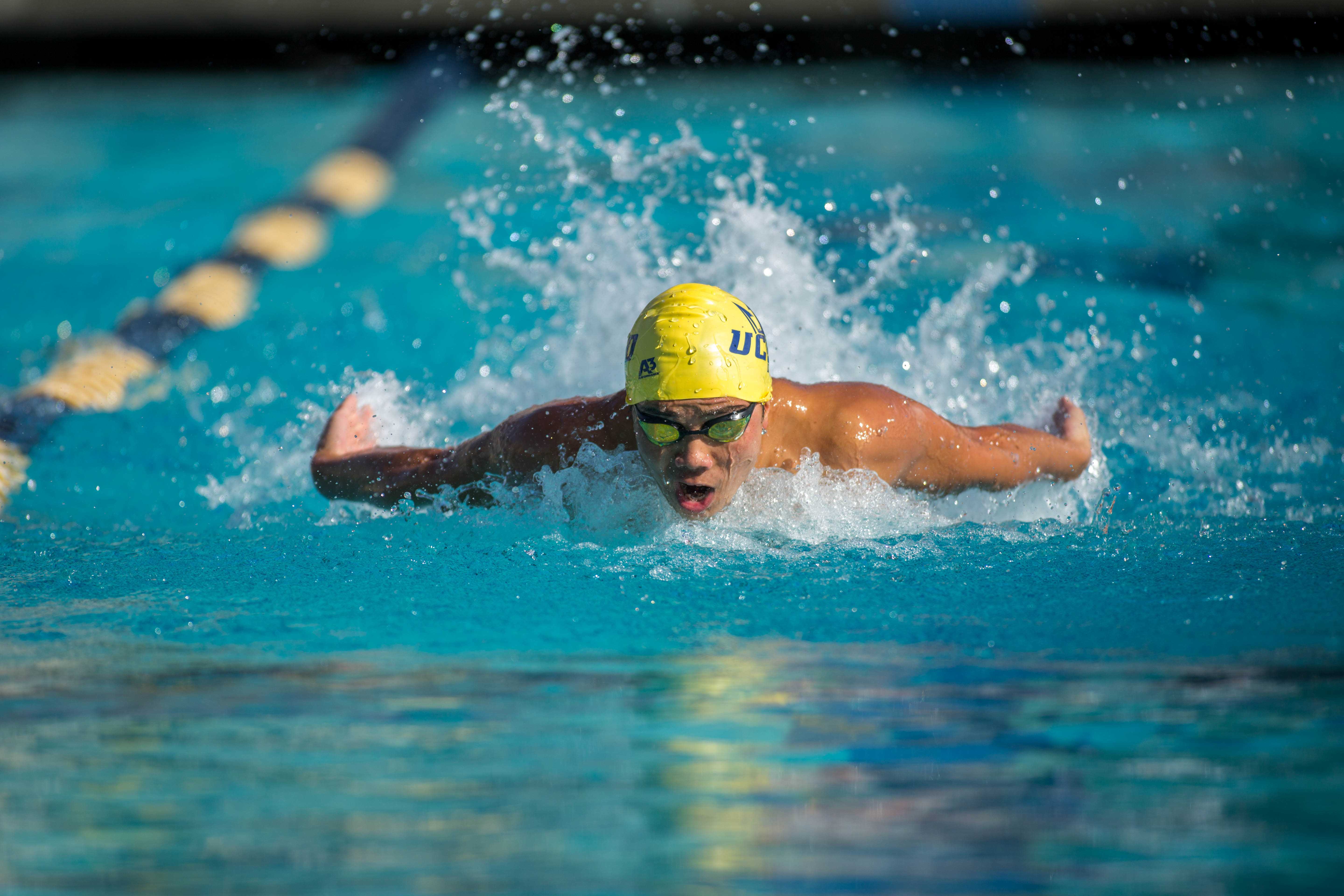 Out of the 32 combined events for men and women, UCSD won 22, including all of the relays. Highlights of the meet include the men’s 200-yard freestyle, in which UCSD’s senior Michael Cohn narrowly beat CBU’s freshman Justin Quiroga by less than half of a second. Cohn was also victorious in the 200-yard backstroke, this time not allowing his competitors to get close to him: He beat the second-place finisher by almost 10 seconds.

The women’s 100-yard backstroke had a one, two, three sweep in UCSD’s favor, with junior Julia Toronczak taking first, junior Alex Rodman placing second and freshman Elee Wong finishing third. UCSD also swept the pool in the men’s 50-yard freestyle, taking the first five spots. Another exciting race came in the men’s 100-yard freestyle: UCSD freshman Tin Huynh beat CBU sophomore Alexis Ohmar by 0.02 seconds. The men seem to like those narrow victories, as the freshman Jack Spitser came out on top by 0.61 seconds to win the 500-yard freestyle in 4:43.30.

Though no Triton earned a first-place finish for diving, freshman Tiffany Wong earned respectable second-place finishes in the one-meter and three-meter springboards.

Next up, the women will host and compete against University of San Diego on Saturday, Jan. 28 at noon. On Wednesday, Feb. 8, both the men and women’s teams will look to defend their Pacific Collegiate Swimming and Diving Conference titles at Monterey Park.