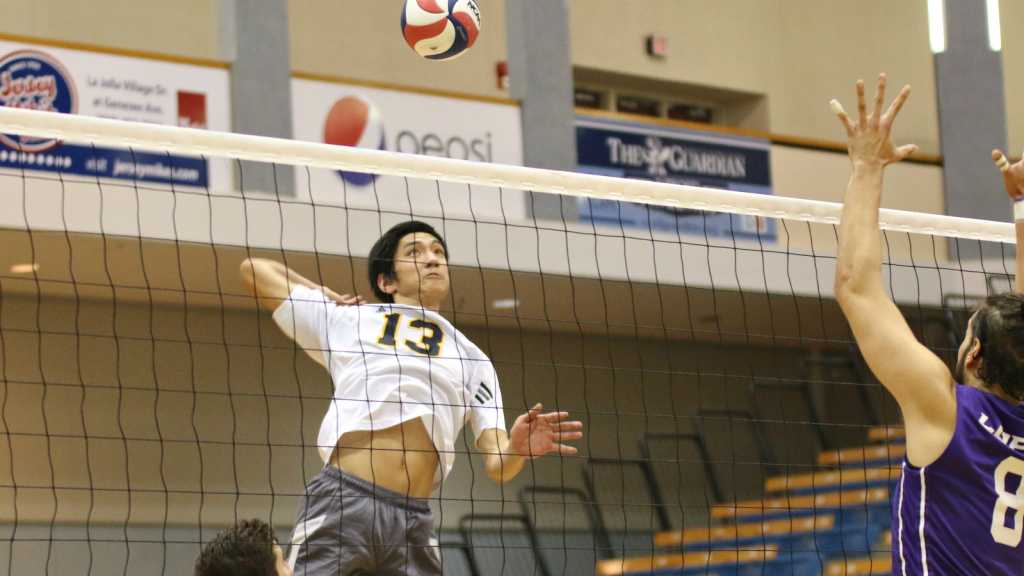 While we’ve all been off in our various parts of the world resting up for the start of a new quarter, the UCSD men’s volleyball team has been hard at work starting off its 2017 season, with aspirations of wiping off the stink of its disappointing 5–23 campaign from just a year ago.

And in UCSD’s exhibition game against University of Manitoba, the Tritons were looking like they were on the upswing. With the help of junior opposite Tanner Syftestad’s nine kills and a team leading 12.5 points, the Tritons fought their way to a decisive 3–0 victory against the Bisons — showing flashes of a team that knew how to win along the way.

But unfortunately for UCSD, the Tritons found themselves in more familiar territory once games started counting. Facing the No. 8 UC Irvine is no simple task, and the team ended up on the other end of a three-game sweep, losing each set by a greater margin than the last. Nonetheless, freshman outside hitter Devin Pontigon led the teams in kills and points, with nine and 9.5, respectively.

Their fortunes didn’t improve in their home opener either. Despite a 25–23 victory over Grand Canyon in the second set to make the match an even 1–1, the Tritons were unable to build on their momentum, as the Antelopes bounced back with a statement-making 25–16 victory over the Tritons in the third set. Even though the Tritons made it close in the final set of the night, they eventually fell 1–3. On the bright side, Pontigon had another strong night with 14 kills and 17.5 points, leading the team in both categories.