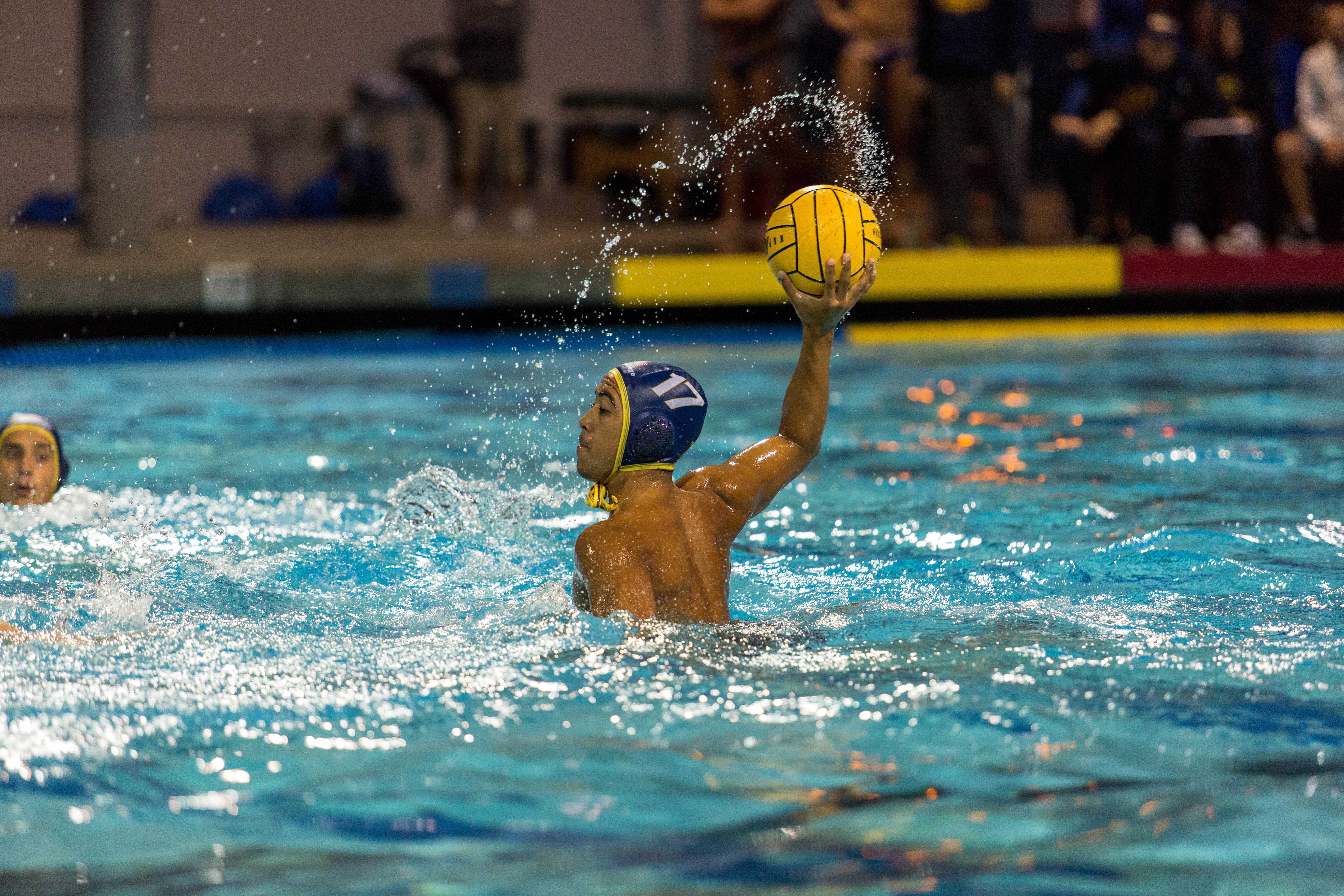 Last Thursday and Saturday marked the final games of the season for the UCSD men’s water polo team. The Tritons traveled north to Santa Clara University and UC Davis where they faced the NCAA’s 20th and eighth-ranked teams, respectively. UCSD squeezed out a win against the Broncos with an 11–10 victory. However, its perfect conference record and four-game winning streak was shattered after a 5–7 defeat by the Mustangs. The Tritons ultimately finished the season with a 13–7 overall record and boasted a 5–1 record in the Western Water Polo Association.

What started as a sure victory on Thursday night quickly wound up being a nail-biting matchup for the Tritons. After allowing Santa Clara to score on the opening drive, UCSD responded by putting up seven points of its own in the first half.

The Tritons really opened the door in the second quarter with help from senior utility Nick Alexander, who took advantage of a power play and scored the final point of the first half. Alexander also showed great water polo IQ in the first half, feeding fellow utility teammates junior Arman Momdzhyan, sophomore Kevin Asplund and freshman Skyler Munatones for goals of their own. Asplund also scored a second goal on a penalty shot and contributed to UCSD’s 7–3 lead at the end of the half.

In the third quarter, Santa Clara turned up the heat and picked apart UCSD’s defense for four goals.

“I’m certainly pleased we won,” commented UCSD head coach Denny Harper. “Jack Turner was very good in goal, but we did not play a very good second half.”

Broncos’ top scorer, senior driver Graham McClone, scored his first of two goals that quarter to close the gap and make it a 9–7 game. Tritons Alexander and senior utility Nassim Hmeidan exchanged connections and gave each other a goal and assist.

UCSD and Santa Clara went back and forth in the fourth quarter with the Tritons trying to add insurance runs and the Broncos’ attempting to tie the game. The game ultimately came down to the last few minutes when Bronco senior two-meter Will Grant scored on a power play at 2:10. Up by one point, sophomore goalkeeper Jack Turner and the Tritons were able to hold back Santa Clara and get the win.

“[Tritons] are a very good team,” said Broncos head coach Keith Wilbur. “I thought we played them tough. We played with a lot of energy and they fought all the way through. I liked what I saw by being in it until the last possession.”

Although UCSD lost to the eighth-placed Aggies, it showed tremendous effort and relentlessness that would make anyone proud to be a Triton. In the final conference match of the season, UCSD almost came back from a five-point deficit by rallying to score four points in a row.

Well into the third quarter and toward the final minutes of the game, UC Davis saw a commanding 6–1 lead dwindle to a single goal. Hmeidan started the rally by converting a penalty shot with 2:45 left in the third quarter. Thirty-six seconds later, Momdzhyan fired a backhand shot to the bottom right of the cage and closed the gap to three scores.

Momdzhyan and freshman utility Noah Carniglia were the only two Tritons to score in the fourth, but by then, UC Davis had too large of a lead. The Aggies finally broke an eight-minute scoring drought with sophomore utility Sasa Antunovic’s insurance goal.

UCSD goalkeeper Jack Turner recorded a total of 14 saves, three away from his season high. The Tritons failed to take advantage of any power plays the entire game, going 0–9. They did, however, convert a lone five-meter penalty shot.

UCSD finished the season as the second seed in the WWPA and will travel to the championship at Santa Clara on Nov. 18 to Nov. 20.

“We’re okay being the two-seed,” remarked Harper. “Two weeks from now, historically, it’s our best time of year, so we’ll be ready.”

To prepare for the postseason, UCSD will host two exhibition matches against Sunset San Diego and San Francisco Olympic Club. The doubleheader is on Saturday, Nov. 12 at 10 a.m and 12 p.m.