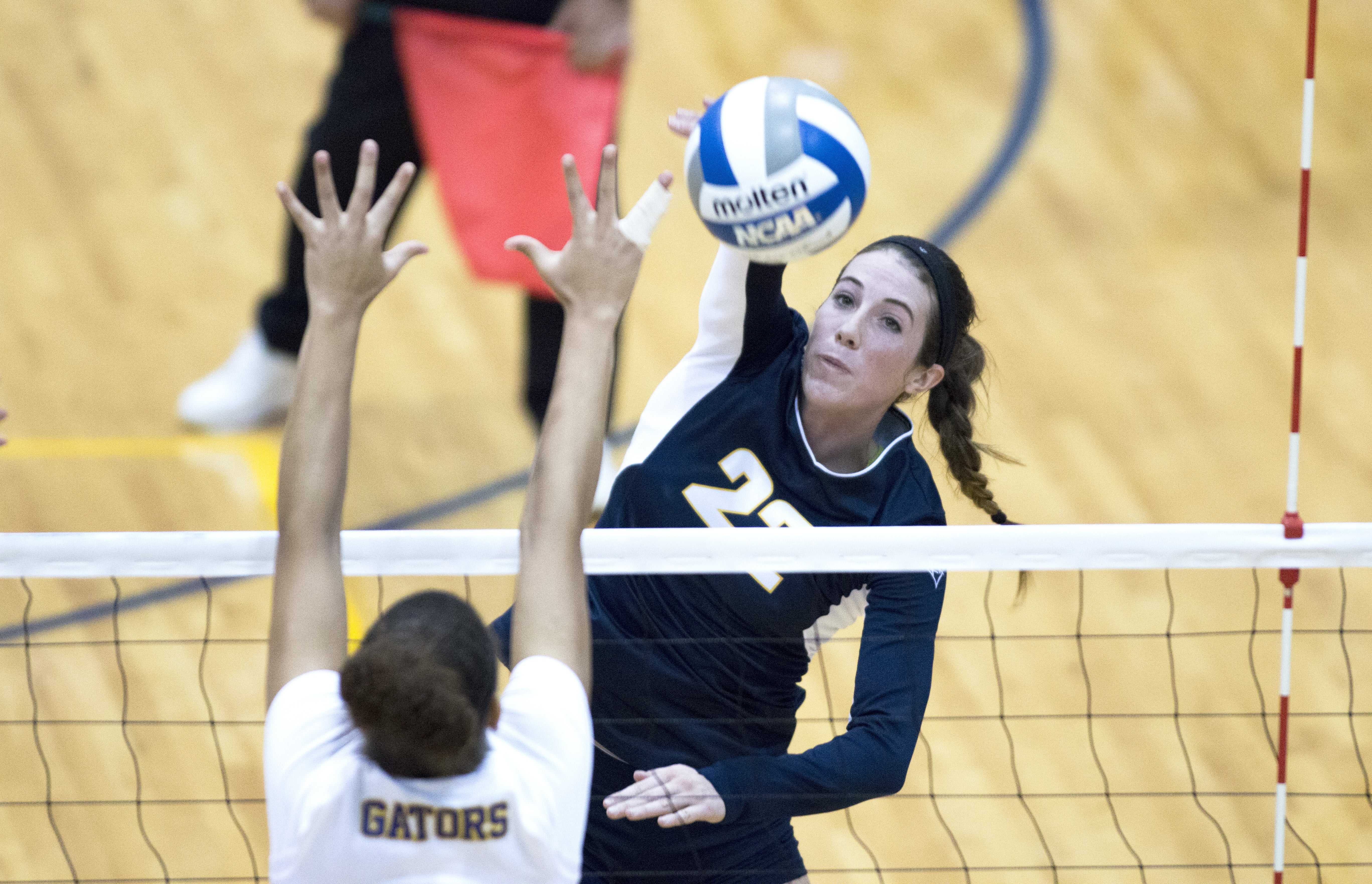 The UCSD women’s volleyball team won one and lost one last weekend in conference matches. The Tritons played against Cal Poly Pomona and Cal State San Bernardino Friday and Saturday night, respectively. The matchups culminated in a 3–1 topple over the Broncos and a 2–3 fall against the 18th-ranked Coyotes. The two contests also pushed UCSD to an overall 12–10 record and 9–5 in California Collegiate Athletic Association.

Friday night’s game against the Broncos was truly a deja vu moment for the third-place Tritons. Like their first encounter on Oct. 15, UCSD again beat CPP 3–11. And similar to their first matchup, senior outside hitter Meagan Wright led the team in kills and digs. Wright finished Friday night’s game with 13 kills and 17 digs, making it her 15th double-double of the season.

Cal Poly Pomona’s high error count was its downfall. The Broncos made an abominable 28 errors throughout the game, compared to the Tritons’ 18.

UCSD’s final home game was a heartbreaker as the unranked Tritons almost upset the first-place Coyotes. Prior to the fourth set, UCSD held a 2–1 lead. However, San Bernardino came back and was able to force a fifth set. From there, momentum carried the Coyotes to victory and cemented their first-place standing in the Southern CCAA division.

The Tritons’ defense fell apart during the fifth set, allowing the Coyotes to score several chunks of three and four points. By match point, UCSD trailed a staggering 6–14. A late-effort rally, in which the Tritons scored four points in a row, was supported by a service ace from Beksa and a kill from freshman opposite hitter Simone Froley. However, their efforts were in vain as San Bernardino sealed the game with a final kill.

The Tritons’ 10th loss of the season was their last home game of the season. They will travel to Chico and Turlock next week before playing their final match of the regular season at Cal State San Marcos. The loss also signified the final career home games for Wright and senior outside hitter Shaelyn Perez.