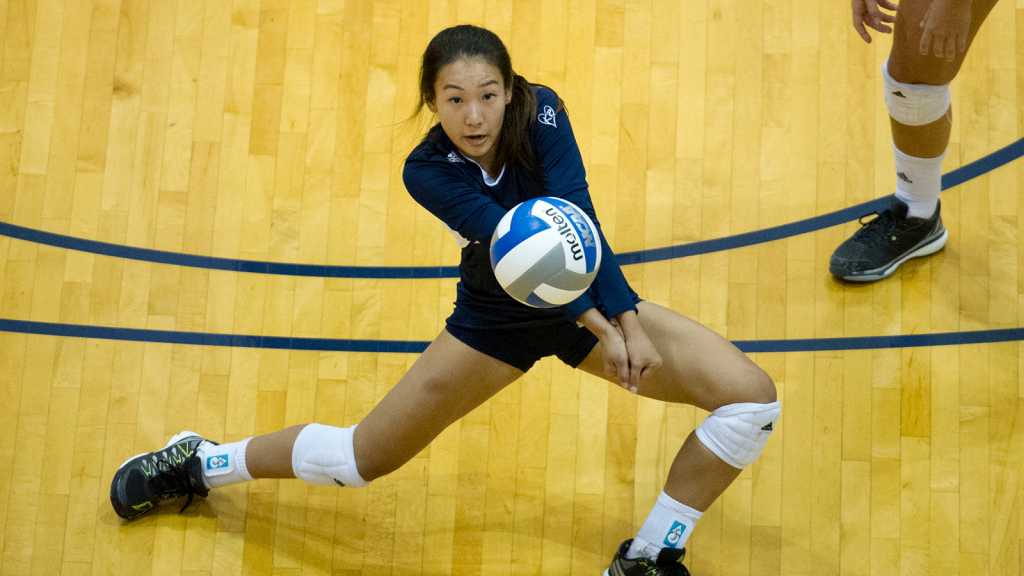 The UCSD women’s volleyball team encountered a tough three-match week as it went on to lose the first two against Cal State Los Angeles and Cal State San Bernardino, ultimately extending its losing streak to three. However, returning home from the two road games, the Tritons restored order against Cal Poly Pomona to get their first win in four games and move on to next week with momentum.

The tightly contested match had each set decided by no more than four points, including 24 tied scores throughout the course to the match.

Although they allowed the Coyotes to crawl back into the match, the Tritons held a slender 3–1 lead at the start of the final set. The lead would then disappear in the next four points as CSUSB gained control at 5–3. No team maintained a consistent lead in the set, as the battle went back and forth. Eventually, the two teams leveled out the score at 14–14. The next two points came in favor of the Coyotes which gave them the victory.

A less drama-filled match on Saturday gave UCSD its 10th victory of the season and, more importantly, put a halt to its three-game losing streak. Cal Poly Pomona has struggled this season, and UCSD managed to earn itself a relatively comfortable win at home, 3–1.

Freshman outside hitter Jessyca Beksa finished with a team-high 16.5 points on 13 kills, two service aces and three block assists. Wright also added a double-double with 13 kills and a team-best 19 digs. Evans outdid her previous performance, totaling 47 assists and 16 digs on the night.

Once again, the opponent got the better of UCSD in terms of hitting percentage: Cal Poly Pomona hit .195 to UCSD’s .192.

The Tritons went down in the first set after hitting an inexplicable .042 in the set, totaling nine errors. On the other hand, the Broncos hit .250 and took an early 10–8 lead. However, the Tritons found themselves with the lead after earning five straight points. In the latter stages of the set, with the match leveled at 23–23, UCSD committed to consecutive attack errors to give the first set to Cal Poly Pomona.

Despite being down 7–3 in the second set, the Tritons gained control after scoring 12 of the next 14 points and looked to have a comfortable set win from that point, but the Broncos did not let up. Pomona cut the lead to 24–23 after saving two set points; however, Beksa gave an emphatic spike to give UCSD the set win.

Cal Poly Pomona kept the final two sets competitive until the end, but UCSD prevailed with resilient play in the latter stages of both sets. The third set ended 22–25 and the fourth 20–25.

The Tritons now stand with a 10–8 overall record and 7–3 in conference play. The three-game losing streak puts UCSD third in the standings, behind CSULA and CSUSB.

UCSD will hit the road again and go for the season sweep against Cal State Dominguez Hills on Tuesday, Oct. 18 at 7 p.m.