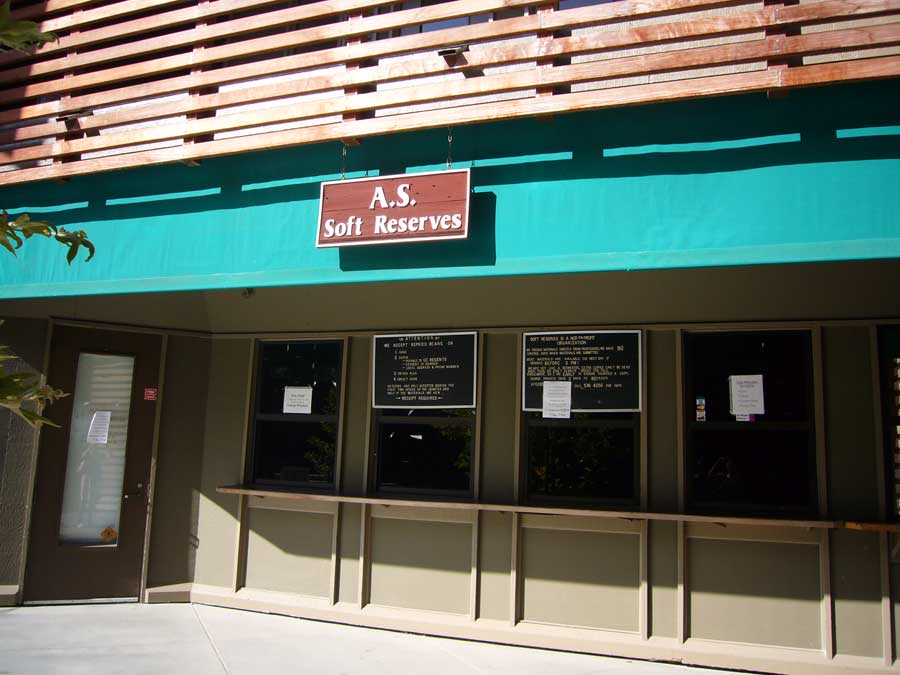 A.S. Soft Reserves and Lecture Notes will close at the end of fall quarter. A.S. Council passed the resolution to dissolve the the enterprises last Spring Quarter, citing monetary loss and the inability to create a competitive, profitable enterprise as the reason for the closure. The exact date of closure is not specified, only that after Fall Quarter 2016, these enterprises will no longer exist.

A.S. Soft Reserves provides readers for classes at the request of professors, while A.S. Lecture Notes provides students with the opportunity to become paid notetakers as well as to buy those notes to supplement their studies.

These two enterprises, which were meant to create profit for A.S. Council, have instead cost A.S. Council $24,933 and $26,919, respectively, since the 2013-14 academic year. A.S. Financial Controller Justin Pennish pointed to the discrepancy between the original goals of these enterprises and their performance as the reason for the closure.

“[Due to] the bleak financial situation and [declining student usage] … we could not scale the businesses and costs remained high,” Pennish told the UCSD Guardian. “Salary, printing, production, overhead and copyright costs associated with [the] two enterprises made it so that the revenues were not enough to cover these costs in full each year as well as provide a return. [Because] A.S. [Council] is committed to fiscal sustainability and responsibility … we decided it was time to shut them down indefinitely.”

The resolution also briefly touches upon an attempt to create an online platform for lecture notes in order to become more competitive with off-campus suppliers. The venture failed due to difficulties with keeping the website updated and the lack of a dedicated programmer to maintain and expand the platform.

Pennish elaborated on possible enterprises that may be launched in the future, though they may take a different form than lecture notes.

“The Office of Finance and A.S. [Council] would be more than willing to consider new and efficient enterprises that would be financially sustainable and benefit students,” Pennish said. “Whether that be note-taking or something else would be up to students to advocate for, and for A.S. [Council] to design a comprehensive proposal of implementation.”

While there were not enough students using the service to support A.S. Lecture Notes as a profitable venture, some were surprised to learn of its closure. Earl Warren College senior Gabrielle Pine found the resource to be supportive of her studies.

“I used A.S. Lecture Notes mostly for more information-dense biology and psychology courses,” Pine said. “It was helpful to condense and focus my studying, especially during time crunches such as midterms or finals. I’m surprised they’re closing.”

Student Life Business Officer Doug Carlone explained how the dissolving of these two enterprises will be managed.

“Full-time staff and part-time staff are being relocated as needed, [and] a notice has gone out to staff who work there,” Carlone told the Guardian. “Alternate solutions are being sought for these services.”

At this time it is unclear as to what those solutions might be. Both A.S. Soft Reserves and Lecture Notes will remain in operation throughout Fall Quarter 2016 for the reassignment of career staff to other positions in A.S. Council as well as other administrative measures.