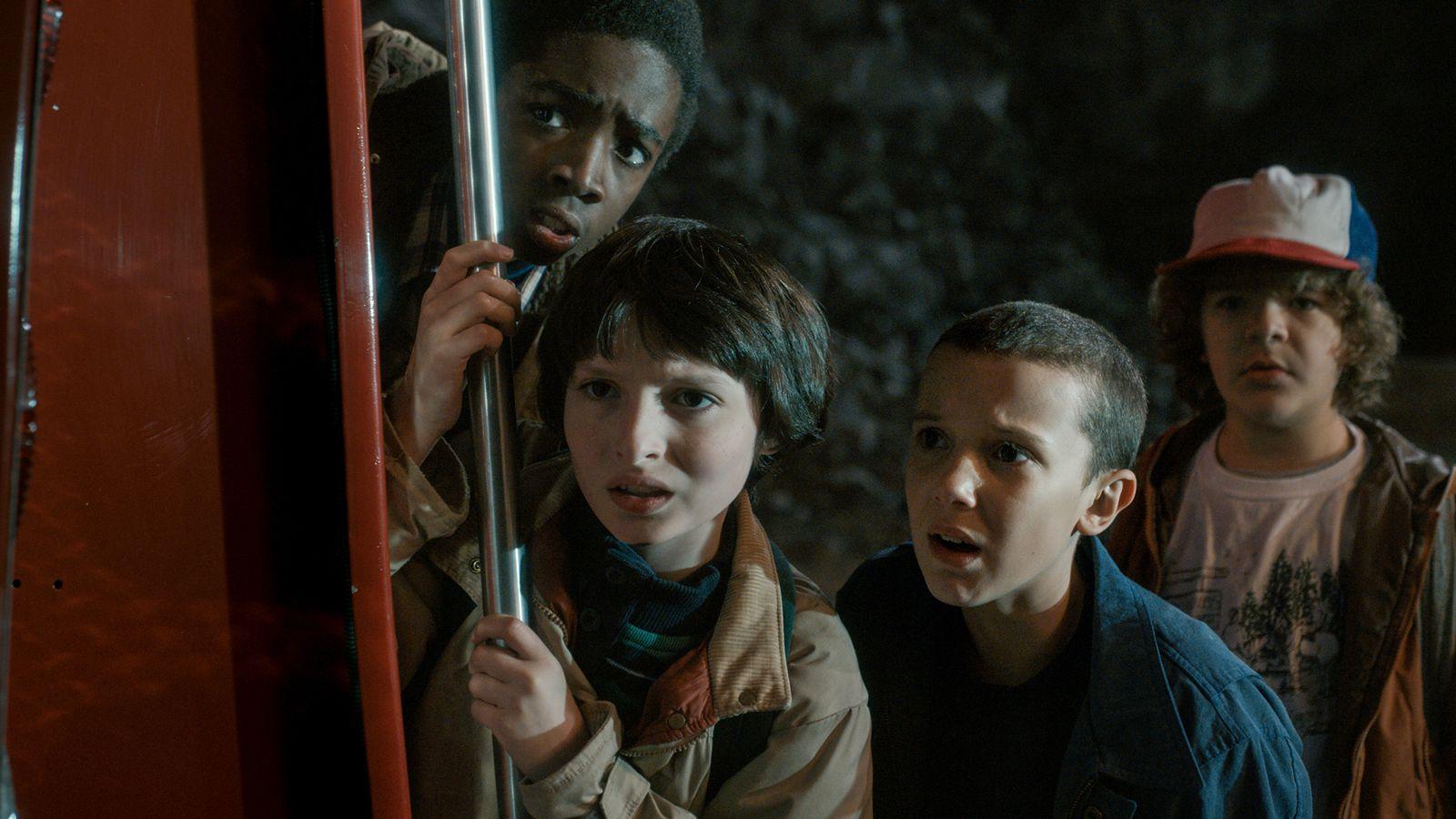 After a seemingly ordinary night of playing Dungeons and Dragons with his three friends Mike, Will and Lucas, 12-year-old Will Byers mysteriously vanishes on his way home, abducted by an unknown creature. The next night, as his three friends attempt to find Will, they come across a strange girl, simply named Eleven (Millie Bobby Brown), with even stranger abilities. Set during the 1980s in the small, innocuous town of Hawkins, Illinois, “Stranger Things” creates an atmosphere of mystery and suspense from the get-go. A story of childhood friendship, government conspiracy and the things that go bump in the night, “Stranger Things” is a nearly flawless sci-fi horror series which effectively pays homage to 1980s cinema.

With its title sequence, “Stranger Things” establishes its eerie atmosphere and connection to the 1980s. Red letters come together over a black background to form the title during the synth-heavy, melancholy and mystery-laden opening theme. The typography of the title itself is reminiscent of the 1980s, seemingly pulled from the cover of a Stephen King novel. Beyond the opening, the show’s creators mirror the films of Steven Spielberg (“E.T.”, “Jaws”) and horror director John Carpenter (“The Thing”). “Stranger Things” also channels kid-centric films of the 1980s, such as Rob Reiner’s “Stand By Me”, creating a wonderful sense of nostalgia.

“Stranger Things” is a sublime mix of mystery, horror, sci-fi, and adventure. This cocktail of genres works well for a series format because the show has time to not only slowly unravel the mystery but also explore the many facets of the story from various characters’ perspectives. Will’s mother, Joyce (Winona Ryder), experiences the horror and desperation of losing her son. Mike, Will and Lucas go on the childhood adventure of a lifetime. Local police chief Jim Hopper (David Harbour) uses his skills as a former city detective to put the pieces of the puzzle together while a sinister government agency tries to cover up the truth.

Exceptional performances additionally bolster the show’s strong characterization. Winona Ryder’s performance in particular elicits a sense of terror as the prostrated single mother succumbs to the madness of her strange and hopeless circumstance. The leading kids of “Stranger Things” are no exception, especially Mille Brown in her role as Eleven, a scared, enigmatic girl who never knew what it meant to be cared for.

Over the course of the season’s eight episodes, “Stranger Things” builds and maintains suspense without fail. The show doesn’t rely on jump-scares, but rather a gripping sense of terror based on the unknown. There are rare moments in a mystery thriller that can create feelings of both terror and hope as part of the mystery is shockingly unravelled. These powerful moments — moments that punch you in the chest — are part of what makes “Stranger Things” so special. Because of its deep and twisted mythos, the Netflix thriller is able to create these moments multiple times per episode, taking the audience on a roller-coaster of suspense that doesn’t let up until the last frame.

Despite its heavy dose of suspense, “Stranger Things” is more than just a thriller. The story of the three boys and their new friend Eleven, in particular, give the show a lot of heart. They are willing to do anything to find their friend Will during what is, to them, an amped-up real life version of Dungeons and Dragons. The friendship among these characters, along with their ingenuity and determination, make for some truly heart-warming moments, much needed in an otherwise heart-wrenching story.

With its retro style and captivating mythos, “Stranger Things” delivers familiarity and wistfulness without ever feeling unoriginal.