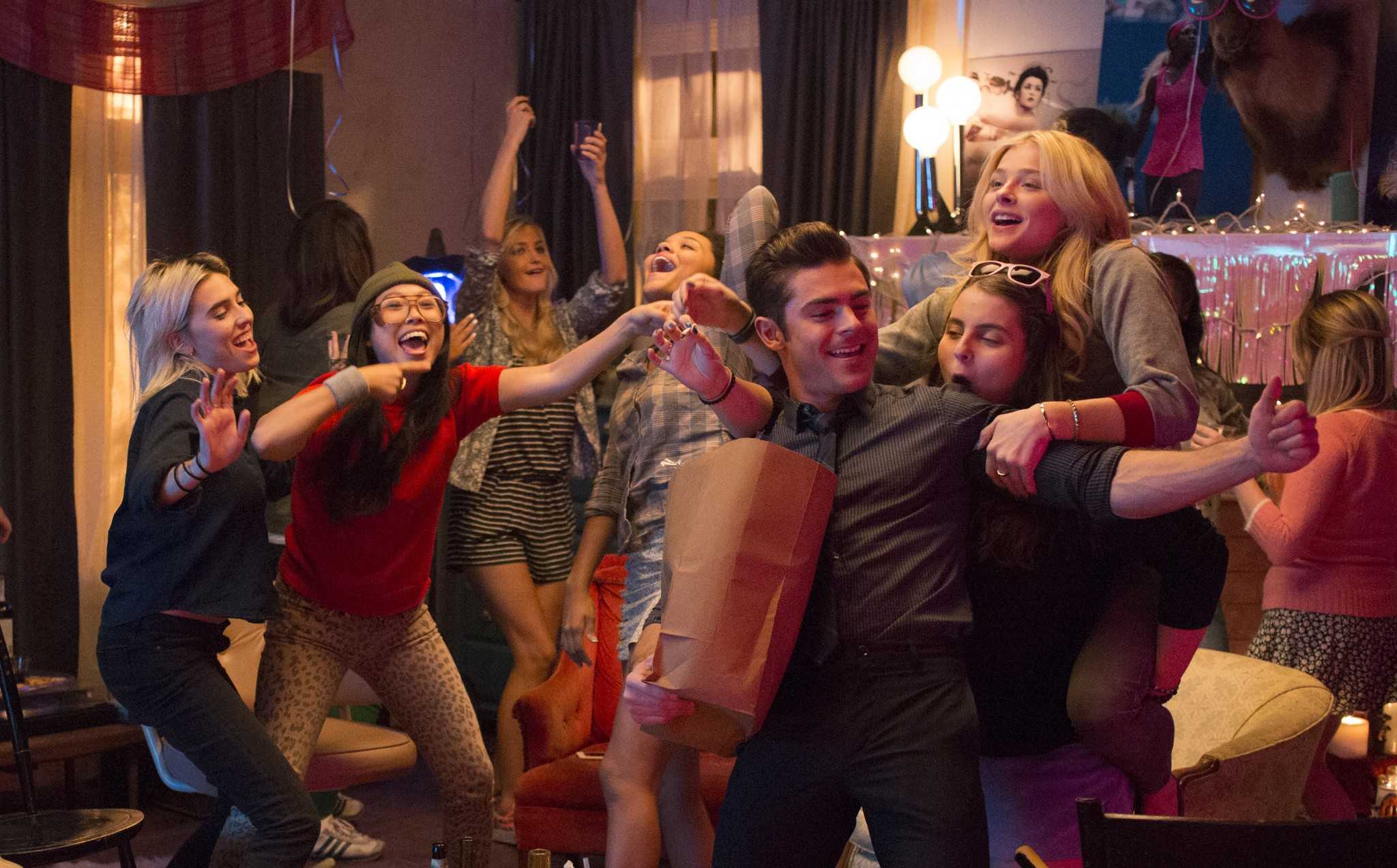 “Neighbors 2: Sorority Rising” begins with paradise deferred: Mac Radner and his wife, Kelly (Rose Byrne), may have defeated the devilish frat-boy cohorts of the previous film (titled, surprisingly, “Neighbors”), but life seems hell-bent on giving them no reprieve. A sequel is the only possible remedy.

Seth Rogen returns to play Mac, the befuddled stoner, but it’s tough to feel much for this iteration of the aging layabout. He’s smoked one too many clichés. Oh, and Kelly is pregnant. Again. They find out the wonderful news while having sex, when Kelly vomits onto Mac’s chest; it wasn’t the crab salad, after all. The jokes are as raunchy as those offered by “Neighbors,” but “2” lacks the same earnest devotion to debauchery and good fun. It’s tired, and the cast seems to know it, with phoned-in performances and a sluggish pace.

The plot unfolds slowly, as Mac’s house sale is straddling the high-wire. He has to survive a 30-day escrow period, during which the buyers will make inspections and check out the neighborhood. Enter stage left, freshman Shelby — played, with all-attendant teenage rebelliousness, by Chloë Grace Moretz — accompanied by a group of hard-partying first-years hell-bent on having the time of their lives. Naturally, they move in next door.

Meanwhile, Teddy Sanders (Zac Efron) has run into trouble of his own: He’s been forced to leave the nest, as fellow frat member and soon-to-be former roommate, Pete Regazolli (Dave Franco), decides to move his fiancee in and Teddy out. The brotherhood, it seems, has been broken. Bereaved and broke, Teddy runs back to his old frat house, where he gives Shelby advice on how to start a sorority, and inadvertently ignites conflict between the Radners and their newfound neighbors.

“Neighbors 2” lacks Rogen’s usually fantastic comedic timing and is predictable every step of the way, but it treats its characters with surprising generosity. They’re jackasses, sure, but Stoller and Rogen wrote a plot without too much vitriol and malice. You kind of want to root for these guys, even if you know how the story will play out.