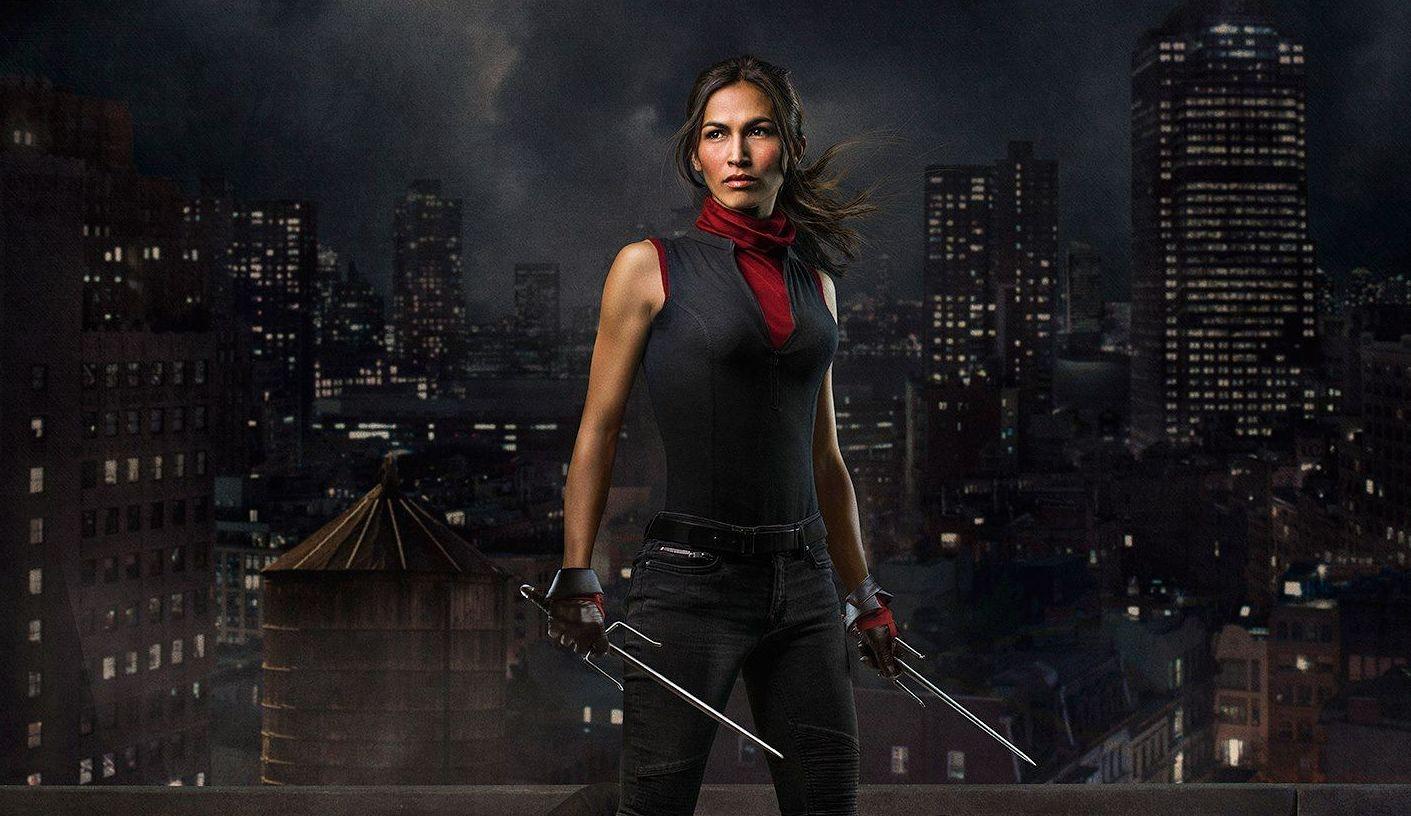 There’s no denying that “Daredevil” makes for good television, and it’s arguably one of the better comic-book shows out right now. A lot of its acclaim is well-deserved too, since much of it rests on the show’s grounded treatment of vigilantism. Throw in some exciting combat, criminal drama and solid acting, and you’ve got yourself a worthwhile Netflix binge. It also helps that the tone is quite a bit heavier than the typical fare we see in the Marvel Cinematic Universe.

“Daredevil’s” conflicted protagonist, for one, is a man dead set on morals. Matt Murdock may suit up to break bones and deliver pain to those who deserve it, but he’ll never kill. He’ll maim and he’ll hurt, and he’ll make bad people pay for their transgressions. But he’ll never take their lives.

So ultimately, it’s the introduction of the Punisher in Season 2 wherein Matt’s moral compass is severely tested. There’s a balancing act between how far he’ll go and whether or not he’ll reach that point, and it pretty much serves as the nucleus of “Daredevil’s” second season. “You cross over to my side of the line, you don’t get to come back from that,” the Punisher warns. “Not ever.” Killing is always a morally gray area, and it’s an unquestionable part of the classic judge, jury and executioner psyche that vigilantes always agonize over in comics.

And so Matt wonders if what he does is really enough: If the evils of NYC always get back up after getting beaten down, are his efforts actually worth it? And if the cycle continues to repeat, will his job ever be truly finished? This dilemma leaves viewers wondering about the show’s ultimate resolution, and whether or not Matt will ever cross that point of no return.

Actually, hang on a second — let’s rewind a bit. He has killed before. So why is he agonizing?

Matt killed Nobu, our favorite ninja-in-a-trenchcoat. Not once, either. Twice.

The first time was way back in Season 1, when Matt set him on fire with his baton. A couple scenes later we saw him sitting in a Catholic Church, asking Father Lantom for strength to not end Wilson Fisk’s life. Nobu’s death is not brought up here even once, nor is it ever mentioned again for the rest of the season. Because apparently he’s not going to lose any sleep over burning a man to death.

Among critics, this particular fight scene was lauded for its East Asian inspired choreography and artsy camera work. But what about the moral lapse? Largely overlooked. Yes, a few writers had criticized the racism regarding the writers’ treatment of Nobu’s death, but the few points they made seemed spurious at best. Overtly politically correct, even. At this point in the year, it was iffy whether or not Nobu really died, since there was certainly evidence pointing to his return. And Matt likely didn’t have time to mull over the situation, since he was mauled by Fisk about a minute later, and then sent into immediate recovery from his wounds. Maybe he didn’t even know Nobu was dead. Who could blame him?

Except, as we learn in Season 2, he did know. And not only that, we see Matt expressing shock that the man he set on fire months ago returned to the living realm to beat him up. So all of this eventually culminates into Matt trying to kill Nobu for a second time in the finale — this time by literally tossing him off a building. What happened to your no-kill policy, Matt?

The Marvel Cinematic Universe’s treatment of Asian characters is odd and inconsistent. For every progressive issue dealt with in “Jessica Jones,” Marvel hands us Oriental caricatures in the form of Nobu and Madame Gao. For every Skye (Chloe Bennett) and Melinda May (Ming-Na Wen) on “Agents of Shield,” we’re presented with “Daredevil’s” assortment of wordless and disposable ninjas.

The only other Asian characters of note in the second season’s 12-plus hours of content are two Asian sex workers, who end up being thrown with blatantly offensive comments before leaving the scene. Again, an argument can be made in context of the scene: The antagonizer happened to be an NYU Asian Studies professor, so it was evidently used to highlight his ignorance and doctorate in being an asshole. Then it might even have been reasonable given the context, right? Except that it wasn’t. Why? Three things: Why was the short interaction even there in the first place? Why have these two actresses appear for all of 10 seconds? And why was the professor’s characterization even necessary, especially considering that he appears for three minutes and never again?

So it’s more than a little disconcerting when these two women constitute almost half of the Asian characters with any real dialogue in the entire season. More if you include the fact that none of these roles displayed any character extending beyond two dimensions. Nobu, for instance, is present in at least five episodes in Season 2, yet he’s handed stilted lines that amount to nothing more than, well, generic supervillain one-liners. Madame Gao is once again relegated to her stereotypical, no-nonsense “Dragon lady” role. There’s a bit where Daredevil walks into a dimly-lit Chinatown den/the old Madame’s cave, and immediately gets lectured on some Eastern philosophy, courtesy of the magical Gao. “Daredevil” might be trying to stick to its mystical Asian-themed source material, but it’s hard to ignore that 2016 and the ‘80s are very different times. It might even be time for the writers to generate newer, more relevant storylines, especially since Season 2’s ninja arc was widely regarded as far weaker than the Punisher arc. The Punisher brought along with him a story of gangs, justice and morality.

And Elektra brought along with her a tale of magic ninjas. There was quite a stir among comic fans when French-Cambodian actress Elodie Yung was first cast as the canonically Greek assassin. With it came both hype and doubt, as fandoms are prone to displaying. But her take on the character in Season 2 is conniving and layered. She’ll be quick-tempered and violent at one moment, but emotionally volatile and playful the next. Ignoring the few moments where her appearance and femme fatale nature are stereotyped, Elodie’s portrayal of Elektra is a breath of fresh air. Yet the story she brings along with her, full of caricature ninjas with no dialogue and Oriental supervillains, feels not only awfully dated, but also out of place. And even Elodie’s acting can’t reconcile with the odd decisions the showrunners make with her character. With better writing, and perhaps a larger budget, Season 2 could have pulled the entire ninja-war off. But unfortunately, and sadly, it didn’t.

Next up in Marvel’s “Defenders” quartet will be “Luke Cage,” a show following its titular black American protagonist in Harlem, NYC. So Marvel is definitely trying to diversify its in-universe cast by including more people of color, and we’ll see more of that soon in “Captain America: Civil War.” That’s a very good thing, considering the current state of the MCU Avengers. They’ve likewise made steps forward with “Jessica Jones” and “Agents of Shield.” That’s also a good thing. But the stereotypes and caricatures presented in “Daredevil’s” second season are slightly worrying, to say the least. And, in fact, following “Luke Cage,” we’ll soon be presented with Marvel’s “Iron Fist,” a show about a white man in parallel Asia learning magical kung-fu. Obviously, that’s a whole other can of worms.

So it might also be worthwhile to check out Marvel’s shiny new “Dr. Strange” teaser. If you’ve seen it, it looks pretty cool, right? Full of cryptic, mystical overtones of a certain… regional type. You should also know that Benedict Wong has been cast as Dr. Strange’s faithful Chinese manservant, whose name is literally just “Wong.”