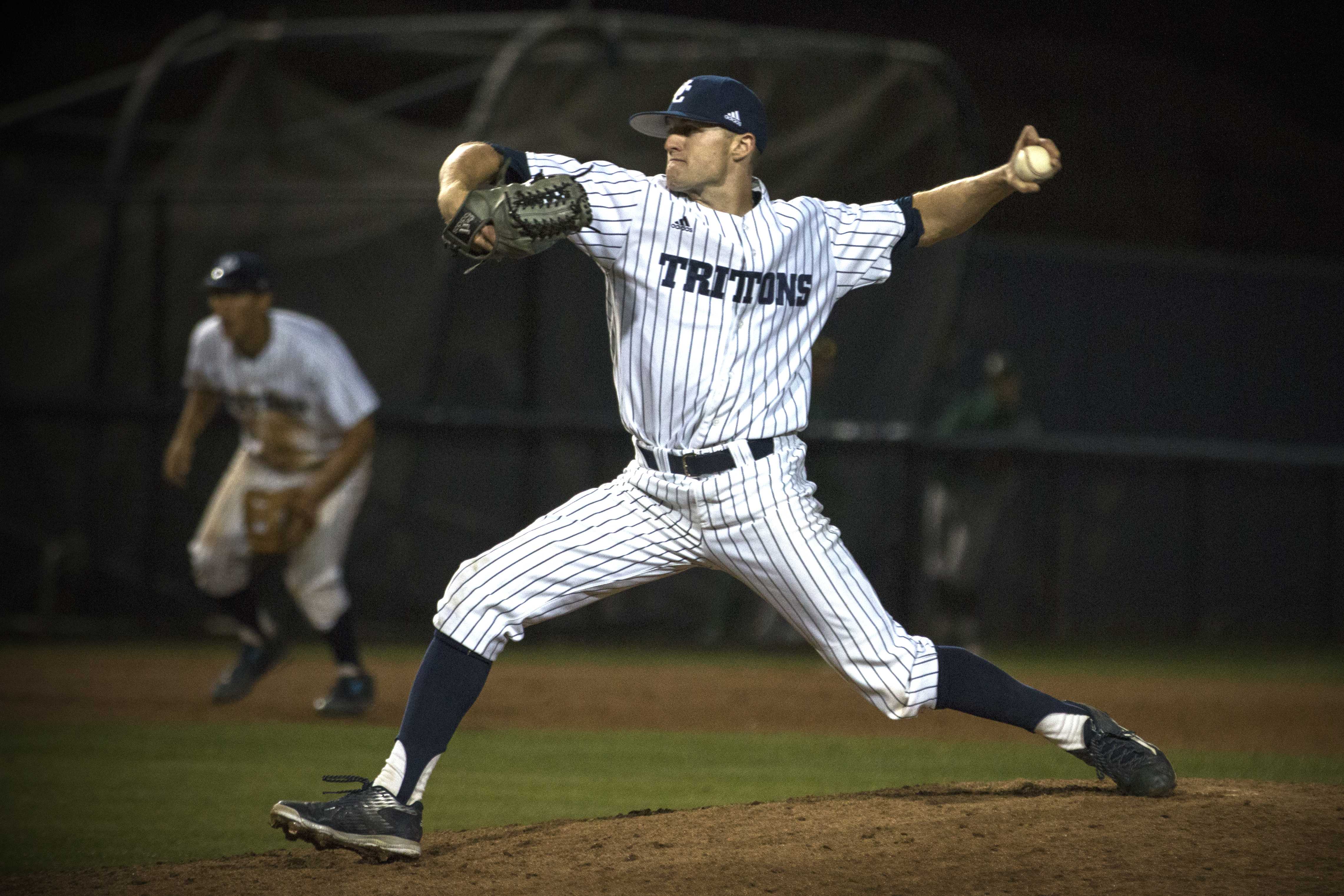 On Saturday, the UCSD men’s and women’s track and field teams hosted the California Collegiate Invitational and concluded the day with strong performance results. The men’s team ran away with first in the meet, earning its second win of the year, while the women’s team took the runner-up position.

With a total of 177 points, the Triton men grabbed first at the invitational, followed by Azusa Pacific University (122), University of Southern California (93), Williams College (83) and Cal State San Marcos (65). In the women’s competition, San Diego State University took home the victory with 178.5 points, while UCSD followed with 140 points, USC with 92.5, Azusa Pacific with 70.5 and Williams with 65.5.

Standout performer and senior distance runner Paige Hughes, competed in the 5000m and came out victorious, setting a new school record time of 16:57.30. Previously, Audrey Sung held the school record with a time of 17:00.26, which lasted for an incredible 13 years.

“Feels really good,” Hughes told the UCSD Athletics Department. “Usually around 17 flat goes to nationals, so school-record and possibly going to nationals was kind of my goal today, so it feels pretty good to actually do it.”

The 4×100 relay had UCSD written all over it, as both the men and the women came out on top in the event. Senior Amy Heins, sophomore Mandy Che, junior Marisa Padilla and redshirt senior Ellexi Snover made the Triton women’s relay team, an experienced group, and posted a time of 48.23 to take the victory. The men’s relay team — freshman Andrew Dirks, sophomore Justin Hunter, junior Emmanuel Elijah and sophomore Paul Doan — ran 41.48.

As the women’s 4×400 relay event was coming to the final 400m, UCSD was in second behind USC, but Snover anchored the race and blew past the competition into first and earned the victory for the team with a season-best time of 3:48.93.

As well as dominating the relay events, the Tritons controlled the men’s triple jump as they took the top three spots, first going to sophomore Matt Bowen (48’3.25”), followed by junior Khalil Flemister (47’5”) and senior Sean Cook (45’10.75”).

UCSD also dominated the high jump event, as Savanna Forry took first in the women’s competition, clearing 5’6”. While on the men’s side, sophomore Raymond Silver took first with a clearance of 6’7”. Triton teammates sophomore Luis Carson, sophomore Brett Molster and Cook all posted the second-best clearance of the event, 6’5”.

Although there was no Triton first-place winner in the men’s javelin, senior Anthony Capitulo did earn second with a throwing distance of 209’6” and senior Travis Vandegriff came in third with a personal-best of 194’7”. Both Tritons are provisional qualifiers.