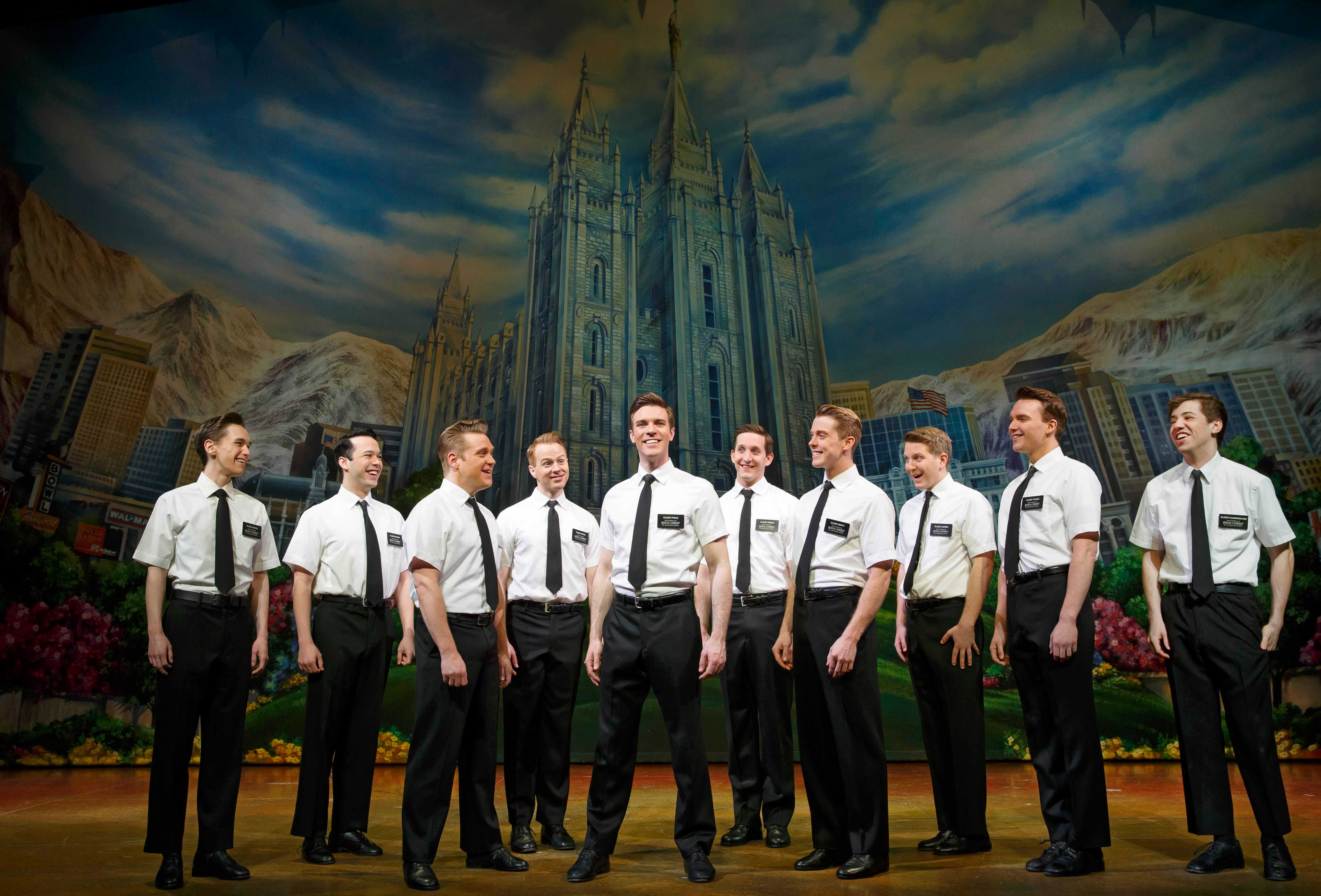 Those who have refused to take “South Park” seriously will reevaluate their silly disposition after witnessing the heavenly glory of “The Book of Mormon.” Written by the creators of the long-running television cartoon — Trey Parker and Matt Stone — the comedy-musical spearheads the nearly 200-year-old religion with such unrelentingly gleeful force that only God himself could walk out of the the theater without an eye-to-eye grin.

However, when the boys are sent to an African village to convert its natives, their beliefs are shaken by the terror that the villagers face. Its inhabitants are stricken with poverty and disease, believe that having sex with a baby will cure their AIDS and are ruled by a tyrannical warlord named General Butt-Fucking Naked who cuts off clits. And it’s knee-slapping hilarious. The grim nature of the village’s circumstances never cause Parker and Stone to even hesitate against using them to their comedic advantage. Their humorous tendencies never interfere with their capacity to cleverly inject poignant commentary into the play. Even at their stupidest and most immature, as in “South Park,” they still get their point across, just in a more goofy yet still compelling way. Lyrics like “God’s favorite prophet was all-American” and “I believe that in 1978 God changed his mind about black people” show the boys and the audience what happens when fantasy meets reality and faith meets suffering: absurdity.

And it is primarily through the music and choreography — as should be the case in a musical — that the absurdity of the play comes to life. Broadway is at the pinnacle of its stereotype in “The Book of Mormon,” flaunting its signature flamboyance as often as possible to exhibit the signature glee associated with Mormons. The wackiness of musical numbers like “Two by Two” and “Turn It Off” perfectly exemplify Parker and Stone’s perception of the alpha-Mormon. On top of that, they’re just fun to listen to.

Ultimately, “The Book of Mormon” is an enticing and entertaining parable about religion’s tendency to disregard the outlandish beliefs it was founded upon in favor of the utilitarian benefits it provides to its followers. However, the genius of the play lies in its moral ambiguity, never deciding for its audience whether hypocrisy is worse or better than nihilism. It merely presents and performs the fallacy, the insanity, the absolute senselessness — the Book of Mormon.