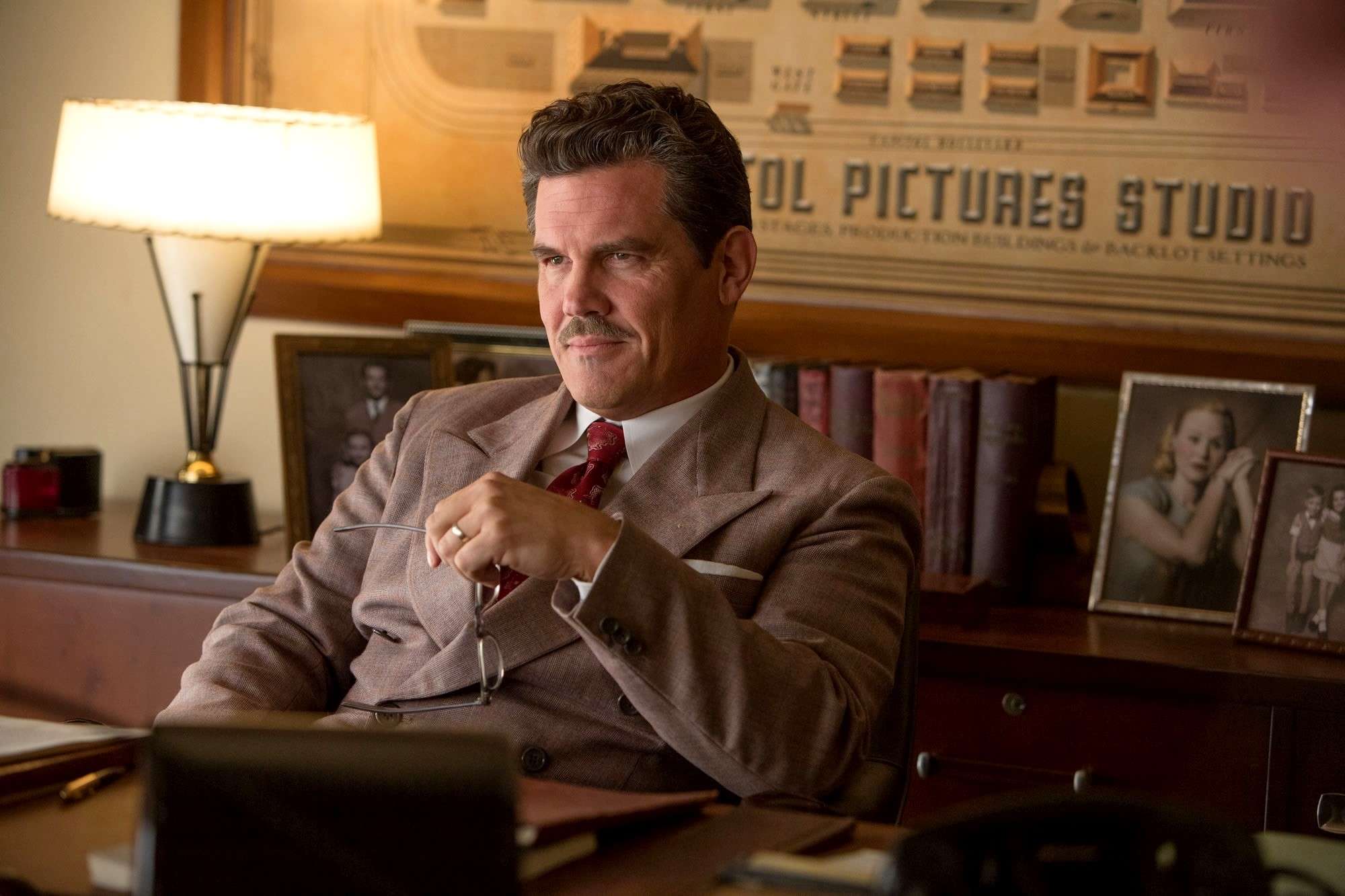 Eddie Mannix is the archetypal American man. A man of action. A family man. A Catholic man. He completes every task with a tenacious work ethic, a living resume who exudes confidence for a living. He’s now settled into a comfortable, if demanding, groove as a Hollywood studio’s premiere “fixer” who’s on call 24 hours a day and who is more than capable of suppressing rumors, from illegitimate children to sodomy, about the stars. However, when self-doubt about his position in the system rises, that image of strength begins to crumble. The retrieval of recently kidnapped star Baird Whitlock (George Clooney) soon doubles as the journey into Mannix’s soul.

Mannix is a figurative bridge between Hollywood and the so-called “real world,” a split that takes a great toll on his respective duties and aging body; the schisms only intensify as the two become more polarized with age and a management offer from the Lockheed Corporation comes into play. The illusions and charms of Hollywood have no place in the corporate world of wartime profiteering. That cushy, “respectable” work offered to Mannix isn’t an easy proposition to consider. Mannix sees his efforts not as labor, but as a civic duty. He’s been committed to his lifestyle for years out of a genuine sense of satisfaction and has reached crossroads.

The artifice and dirty methods of Hollywood have long been a bountiful source for navel-gazing films based in the entertainment industry, e.g. Inarritu’s “Birdman,” but the Coens avoid another acerbic view of the industry by riding the line between glamorization and a studious recreation of old Hollywood. The meandering day-in-the-life structure of “Caesar” lends itself to a more open narrative that intertwines communists, priests and minions of the military-industrial complex. However, it’s a double-edged sword that hurts the film, with its irregular structure too often bleeding over into an unintended feeling of lethargy.

Characters move in and out of the movie at a breakneck pace, but every interaction sells their familiarity. DeeAnna Moran’s (Scarlett Johansson) character amuses with her sardonic temperament and mermaid swimming routines, but her unfortunate accent is likely to keep the audience from wanting more. She almost seems unnecessary with the little screen time she has, never truly shaking the feeling of being a vestigial element from an earlier draft. Hobie Doyle (Alden Ehrenreich) consistently scores big laughs with his remarkable physicality as the studio’s cowboy-turned-dramatic actor and impromptu spy. Clooney’s Whitlock quickly falls under the influence of his captors, an organization called “The Future.” The Coens have long been exploiting Clooney’s natural talent of being the doofus and this attempt is no less successful; Clooney’s easygoing personality underscores some of the funniest conversations surrounding worker exploitation to ever grace the screen.

The dialogue is golden. Coenian speech is always easily identifiable. Quick-witted, humorous and ingrained with a sense that the characters are speaking at instead of with each other. The film is a testament to the Coens’ comedic sensibilities, their outright funniest since 2008’s “Burn After Reading.” Deakins’ work in cinematography has long considered the film’s needs ahead of visual flourishes. This commitment to substance over style likens Deakins’ style to that of a chameleon, one that especially comes in handy when faithfully recreating a variety of genre films in Mannix’s studio walkthroughs. “Hail, Caesar!” offers a different perspective of the Hollywood that exploited and toyed with the souls of artists in “Barton Fink” — one of whimsy. As for Mannix, he wants to be one thing: a man in demand.