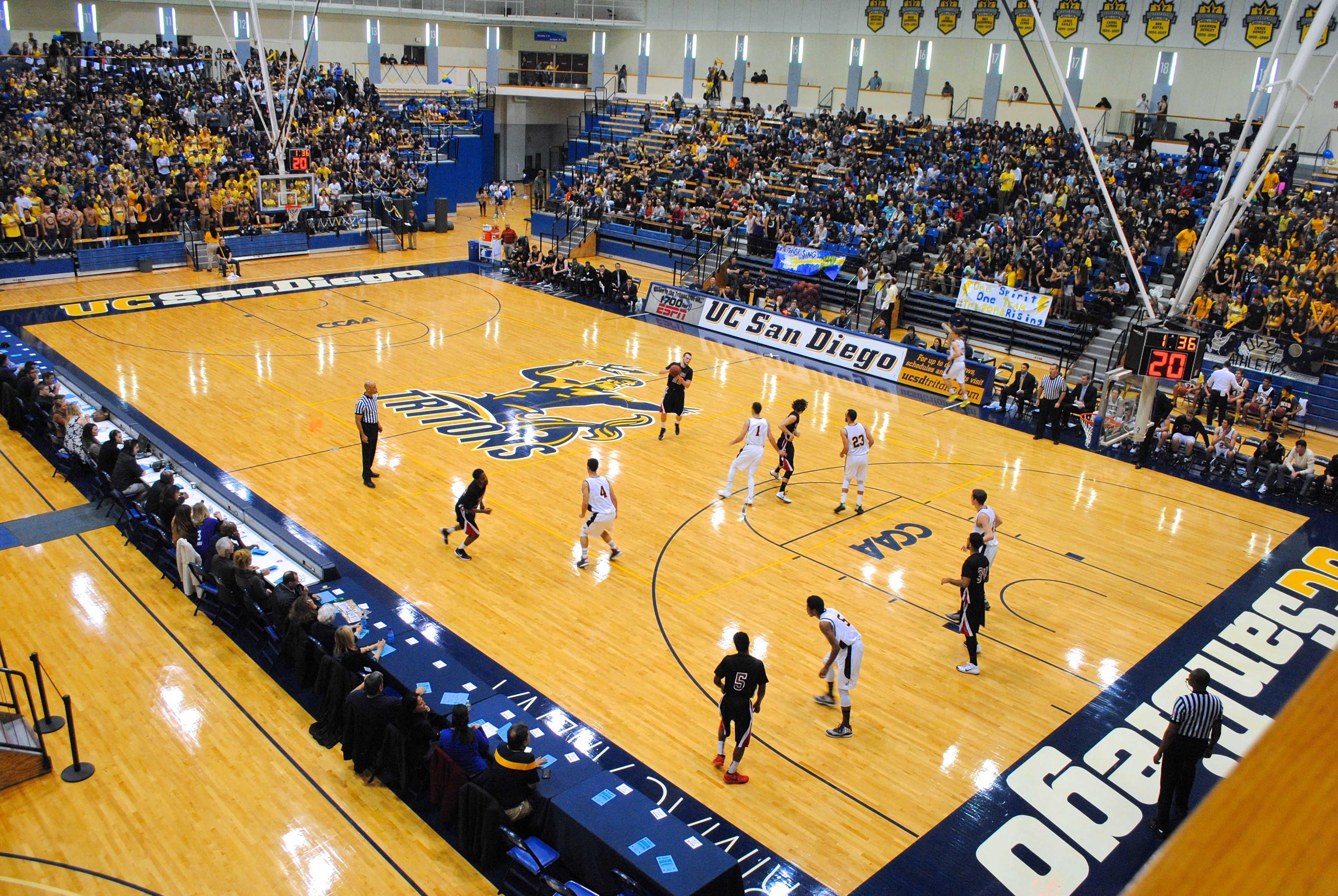 While the UCSD men’s basketball team return home an impressive 13–3 and 8–2 in California Collegiate Athletic Association play, the Tritons have to feel a little disappointed, as they dropped their previous match against the now 7–8 and 5–4 in conference Cal State Monterey Bay Otters, putting their four-game win streak to a halt. But the Tritons can make up for their Saturday night misstep in their Spirit Night game against Cal State Dominguez Hills Toros, who are 9–8 overall but only 3–6 in conference play.

“We’re looking forward to coming home and I expect us to respond with a much better performance,” UCSD Head Coach Eric Olen told the UCSD Athletics Department after Saturday night’s game.

Regardless of their few blunders, the men’s basketball team has been fantastic this season — ranking 17th nationally and currently tied for first with Chico State in the CCAA standings. The Tritons have improved from last year largely due to their offense, averaging an impressive six points per game more than last year, jumping from 66.2 to 72.7. Defensively, the team has done exactly what it needed to do. By holding its opponents to just 60.8 points per game as one of the best-scoring defenses in the nation, the team averaged a 12-point increase differential up to this point in the season, which will be key if the Tritons want to make a deep playoff run at the end of the season.

Despite their middle-of-the-pack record, the Toros are excellent offensively, averaging 75.4 points per game and an outstanding 41.5 percent from the three-point range. The Toros should serve as a tough test for the Triton defense, but the Tritons will likely have their way with a Toro defense that allows 76.3 points per game on 46 percent shooting.

With their 13–3 record, the Tritons are three wins away from matching their 2014-2015 season win total. Up to this point in the season, these Tritons have been far more consistent and are far more dangerous, so look for the UCSD men’s basketball team to make a big splash come playoff time. The Tritons look to prove they’re worth your attention on Friday night.