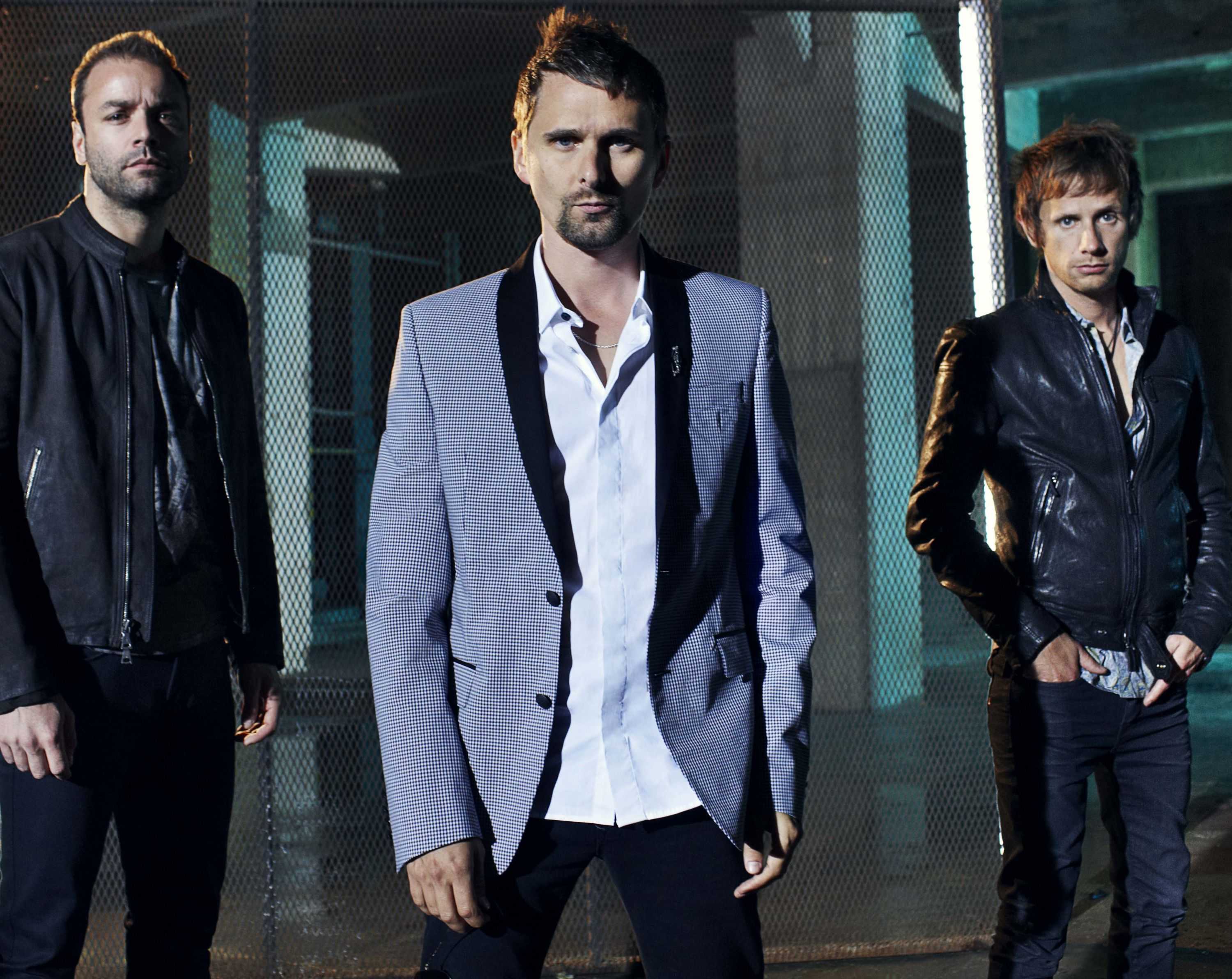 From thought-provoking songs to grandiose stage presence, Muse gave San Diego a performance like no other.

Muse does not disappoint. With “Drones” as the seventh installment into an impressive discography, Muse goes back to what it does best — playing instruments. This, coupled with the band’s elaborate live performance, gave the packed Valley View Casino Center reason to love Muse all the more.

The audience was enveloped in utter darkness. Floating UFO-like spheres outlined in colored LED lights descended from above as Muse opened with the title track to their latest album. Ensconced in the ethereal, one by one, drummer Dominic Howard, bassist Chris Wolstenholme and finally leading man Matt Bellamy appeared on stage to break the symphonic “Drones” with the heavy bass riff of “Psycho.”

Muse didn’t just sing their skepticism of drone warfare and the disconnection between advanced military interventions and human lives — they showed it, too. The drill sergeant in “Psycho” wasn’t just another audio component to the song, but a visual stimulus. The 360-degree center stage ceiling screens were jammed with a drill sergeant yelling right at the audience. “The Handler” was complemented with Bellamy and Wolstenholme positioned in front of drop-down screens showing light projections of puppeteer hands. With some impressive body tracking, the strings “attached” to Bellamy and Wolstenholme followed their movements as Bellamy sang out “I have been programmed to obey/ And now/ You are my handler/ And I/ I will execute your demands.” It’s an impressive visual and an eerie reminder of the narrative behind Drones.

Interspersed between the newer tracks were singles of Muse’s past. “Plug in Baby” began with a slow, distorted build up of Bellamy’s guitar. The track eventually brought Bellamy to his knees, shredding away at his guitar until his forehead touch the stage and resembled a prostrating figure. “Supermassive Black Hole” and “Starlight” came right after another, the ground floor being illuminated with a cosmic orange hue and images of the galaxy projected on the overhead screens. As Bellamy broke into the well-known chorus of “Starlight” and big black balloons came down on the crowds, he grabbed one of the aerial cameras and put the mic to it, cueing everyone to sing “My life/ You electrify my life/ Let’s conspire to ignite/ All the souls that would die just to feel alive.”

The band’s stage eccentricities varied from a literal remote-controlled Reaper drone floating from one end of the stage to another during “The Globalist” to Bellamy and Wolstenholme being lit with (visualized) flames during “Undisclosed Desires.” And, of course, there was a little bit of guitar tossing and dragging by Bellamy before “Time is Running Out.”

As a member of a band that skips the schmoozing and goes straight to doing what it does best, Bellamy briefly took to the mic towards the end of their nearly two hour set and said, “We got a treat for you guys coming out today.” Closing with “Mercy” and the grandiose “Knights of Cydonia,” human-shaped confetti filled the airspace and Bellamy sweetly closed with “You and I must fight for our rights/ You and I must fight to survive.” A fitting embodiment of their latest album, a fitting message to show that Muse’s work transcends the temptation to cater to radio airwaves but commits to creating meaningful songs that will stand the test of time.

One thought on “Concert Review: Muse”