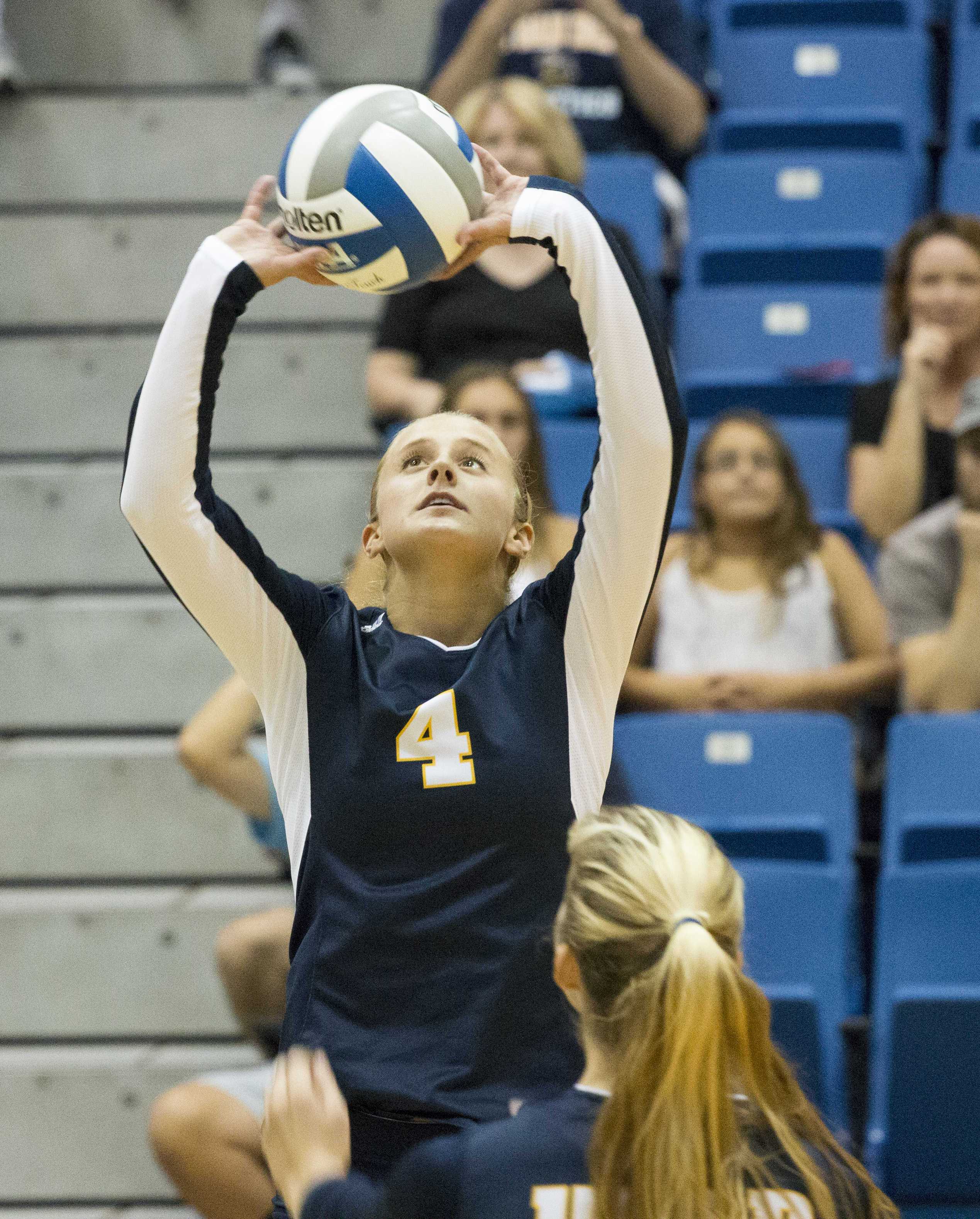 Tritons to vie for West Region crown against third-seed Sonoma State in quarterfinal matchup this Friday.

This Friday, Dec. 4, the UCSD women’s volleyball team will compete against Sonoma State in a quarterfinal match at 1 p.m. at the University of Alaska Anchorage in the NCAA West Regional.

The overall bracket of the women’s volleyball division was announced last week, showing the positions of the 64 teams that secured a berth in the NCAA postseason. The women’s volleyball squad, on merit of their competitive regular-season overall record, has been placed as the sixth seed in the upcoming NCAA Division-II West Regional. Their opponent, Sonoma State, has been ranked as the third seed in the division.

UCSD has emerged into the postseason with a 19–11 overall record, giving the team the ticket to once again represent the pride of their school in the NCAA Division-II tourney. This will be UCSD’s 14th time competing in the tourney since UCSD joined the women’s volleyball Division-II ranks in 2000. In the past 16 seasons, UCSD has been able to nab a spot in the postseason every season except for 2005 and 2014.

Sonoma State was given its third seed in the NCAA West Regional after an outstanding season, pulling through the season with a 26–3 overall record. Their squad is ranked 18th nationally and will come in the tourney soaring on a boastful 22-match win streak. This will also mark Sonoma State’s eighth-consecutive NCAA appearance. Before arriving into the NCAA postseason, Sonoma State, the actual defending West Region champs, won the first annual California Collegiate Athletic Association Tournament last week, which UCSD hosted at RIMAC Arena.

During the regular season, the UCSD and Sonoma State women’s volleyball squads only met and competed against each other once. On Oct 3., the teams battled strenuously, with the match becoming a very lively and competitive endeavor which ultimately ended with the Sonoma State Seawolves taking a 3–2 victory in Rohnert Park. Overall, however, the Tritons hold a 26–12 advantage when it comes to all-time series.

The other members of the NCAA Division-II West Regional bracket who will be making a trip to Anchorage include No. 2 Western Washington, No. 4 Cal State San Bernardino, No. 5 Central Washington, No. 7 Point Loma Nazarene and No. 8 Dixie State. The host, University of Alaska Anchorage, holds the No. 1 seed. Of these teams, UCSD has only competed against Cal State San Bernardino and Point Loma this past regular season.

All of the West Regional matches will feature live coverage, including live stats and live video. Tickets for the event have been on sale since Saturday, Nov. 28.

The winner of the championship match will be crowned NCAA Division-II West Regional champ and will advance onto the Elite Eight, which will be held in Tampa, Florida from Dec. 10 to Dec. 12.