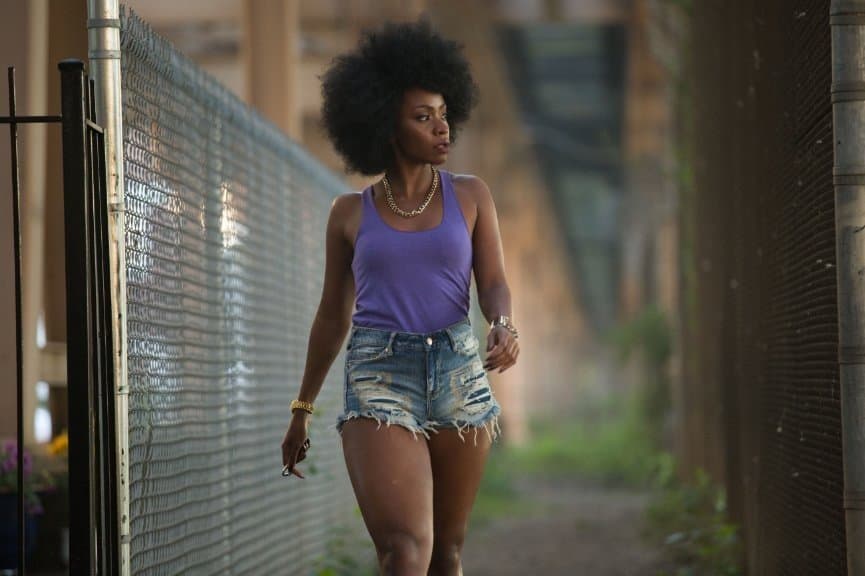 With “Chi-Raq,” Spike Lee adapts a classic Greek comedy to digital film in modern-day Chicago to deliver a both timely and timeless joint.

Sam: A comedy striving to be politically poignant in the heart of Chicago’s long-denigrated South Side with Nick Cannon as a lead sounds like a recipe for disaster, but Lee is more than a miracle worker — he’s a genius. It’s hard to imagine anybody but Lee pulling off a feat like this. In a tight 118 minutes, he condemns the NRA, the media’s selective and racialized coverage of national tragedies, institutionalized racism, the militarization of our police forces, the privatization of prisons and male privilege with aplomb and humor. This is an ambitious but focused attack that never belittles the suffering and human cost of crime birthed by a society that prefers to stay silent on “ugly” issues like these.

Jacky: Yeah, yeah, yeah. Indeed, Lee hits all of these issues intelligently and ferociously, but we applaud rather than sneeze at his sermons because they’re engulfed by wit and hilarity. Joining Cannon is this year’s greatest comedic ensemble, composed of the likes of Dave Chappelle, Wesley Snipes, muthafuckin’ Samuel L. Jackson, John Cusack and so many others whom you can’t help but wildly grin at. But the great thing is that they don’t even have to do much of the heavy lifting. They leave that to Lee and his co-scribe Kevin Wilmott who usher them to comedic greatness. Their script, with its biting blend of modernity and classicism, grants the citizens of Chicago the complexity and integrity they deserve.

S: The power of the speeches throughout the film, especially standouts from the impassioned Father Mike Corridan (John Cusack) and Lysistrata (Teyonah Parris), keeps the film’s engine running hot by refusing to hold back from indictments. There’s no pandering to be had and no nerves left untouched. Moving past the script for a bit and going behind the camera, Lee’s technical skills are incredibly underrated. His eye for color and geometric composition is phenomenal, particularly shining in the dance numbers that make use of intricate choreography and bold colors. Wholly organic overtures burst with life in a city known for the opposite, and the human body becomes another instrument in Lee’s tool belt, demanding focus by stealing our attention with every twist and turn.

J: Continuing the topics of color and the human body, black bodies are many in “Chi-Raq.” However, they’re not merely present for the sake of diversity or good face. “Chi-Raq” is a film about black lives told from the perspective of black people, an extreme rarity in this art form. Regardless of the film’s quality, which is certainly worthwhile, it is absolutely admirable and courageous of an artist to consistently opt to tell the stories of those who are oppressed as opposed to of those who oppress them. Especially at a time when ethnic on-screen representation has finally become an outspoken issue, Lee thankfully plants himself, as he always has, firmly on the right side of the fight.

S&J: “Chi-Raq” ends on a bittersweet note, positing a bright future while remaining honest about the grim present. The arc of Cannon’s character, who calls himself “Chi-Raq,” exemplifies what Lee wants for Chicago. His path to begin taking responsibility for the city’s violence is a messianic sacrifice. The community can then refocus on the grander battle against the systematic issues that pits the people against themselves. Dead to rights, the film leaves us with a heavy heart and, hopefully, empty holsters.

One thought on “Film Review: “Chi-Raq””